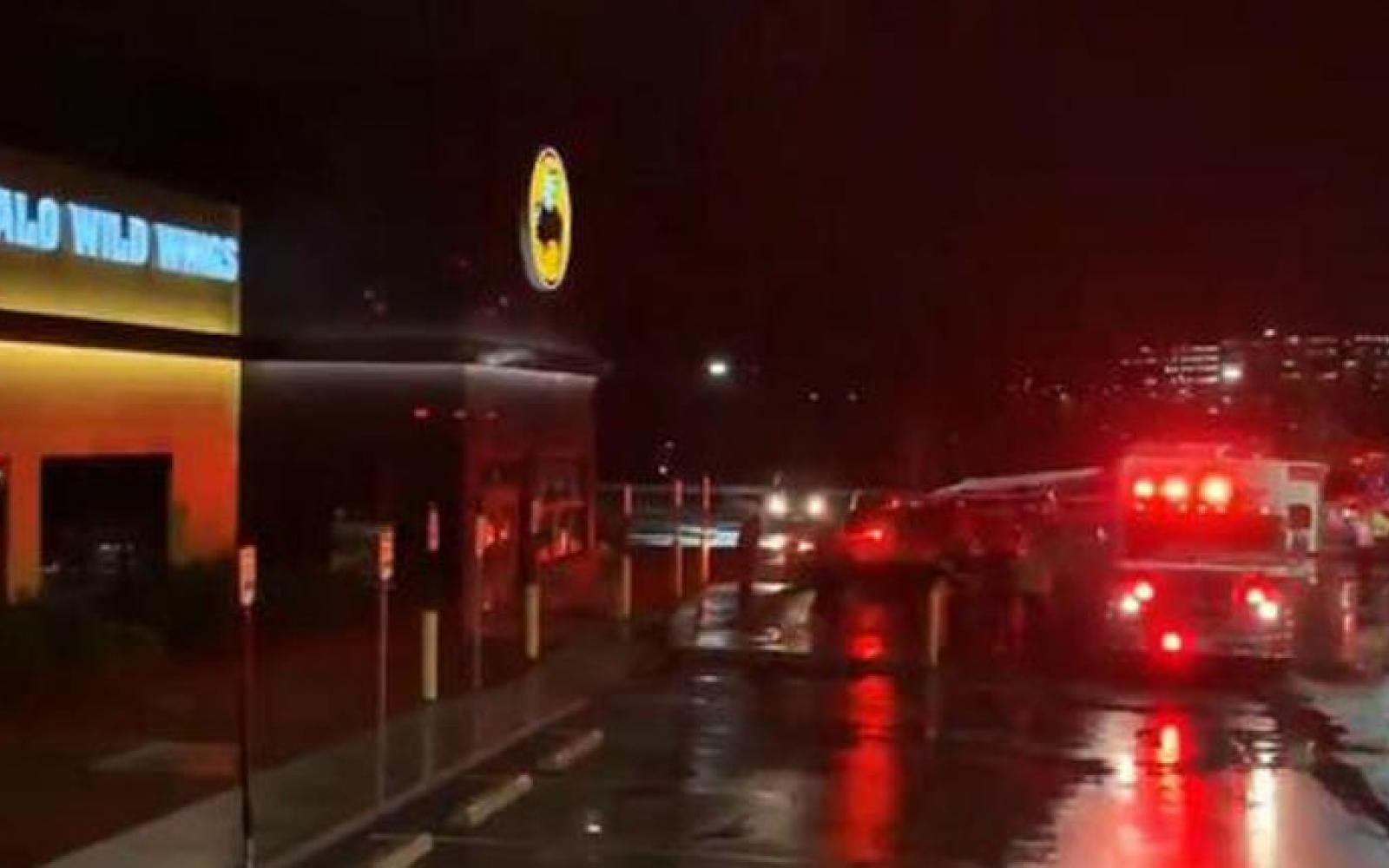 A worker at the Buffalo Wild Wings in Burlington died from injuries suffered in a chemical incident at the restaurant on Thursday evening, authorities said.

The incident happened sometime before 6 p.m. at the location off South Avenue, across from the Burlington Mall.

Investigators said they were called to the restaurant after receiving a report of a chemical reaction in the kitchen area.

Authorities said the employee was exposed to a strong cleaning agent, and was suffering from nausea. It's believed that he was breathing in fumes from the cleaning agent.

The employee was rushed to Lahey Hospital and later died at the hospital.

The restaurant was evacuated following the incident. A total of ten victims, including employees and customers, checked themselves into the hospital for evaluation with difficulty breathing and eye irritation.

Michael Patterson, the interim Burlington fire chief said one worker who first prepared the floor to be cleaned was immediately exposed to the chemical, but quickly left the area to get fresh air.

"The gentlemen that passed away was an employee of Buffalo Wild Wings who attempted to squeegee the product out of the building when he was overcome," Patterson said.

"Anyone who was in the restaurant at the time and believes they may be impacted by the incident should seek medical treatment immediately," police said.

"This is a common product used in floor cleaning," Patterson said. "It was just a reaction that led to this."

The cause of the incident was under investigation and authorities said there was no active threat to public safety, officials said.

"We are shocked and saddened to learn of this horrific accident at our franchise-owned sports bar and are working closely with our franchisee and the authorities while they conduct an investigation," Buffalo Wild Wings said in a statement. "Because the investigation is ongoing, we are unable to share any additional comment at this time."

The Occupational Safety and Health Administration has been notified of the incident.