2 Dead After Porsche Crashes Into Second Floor Of Office Building 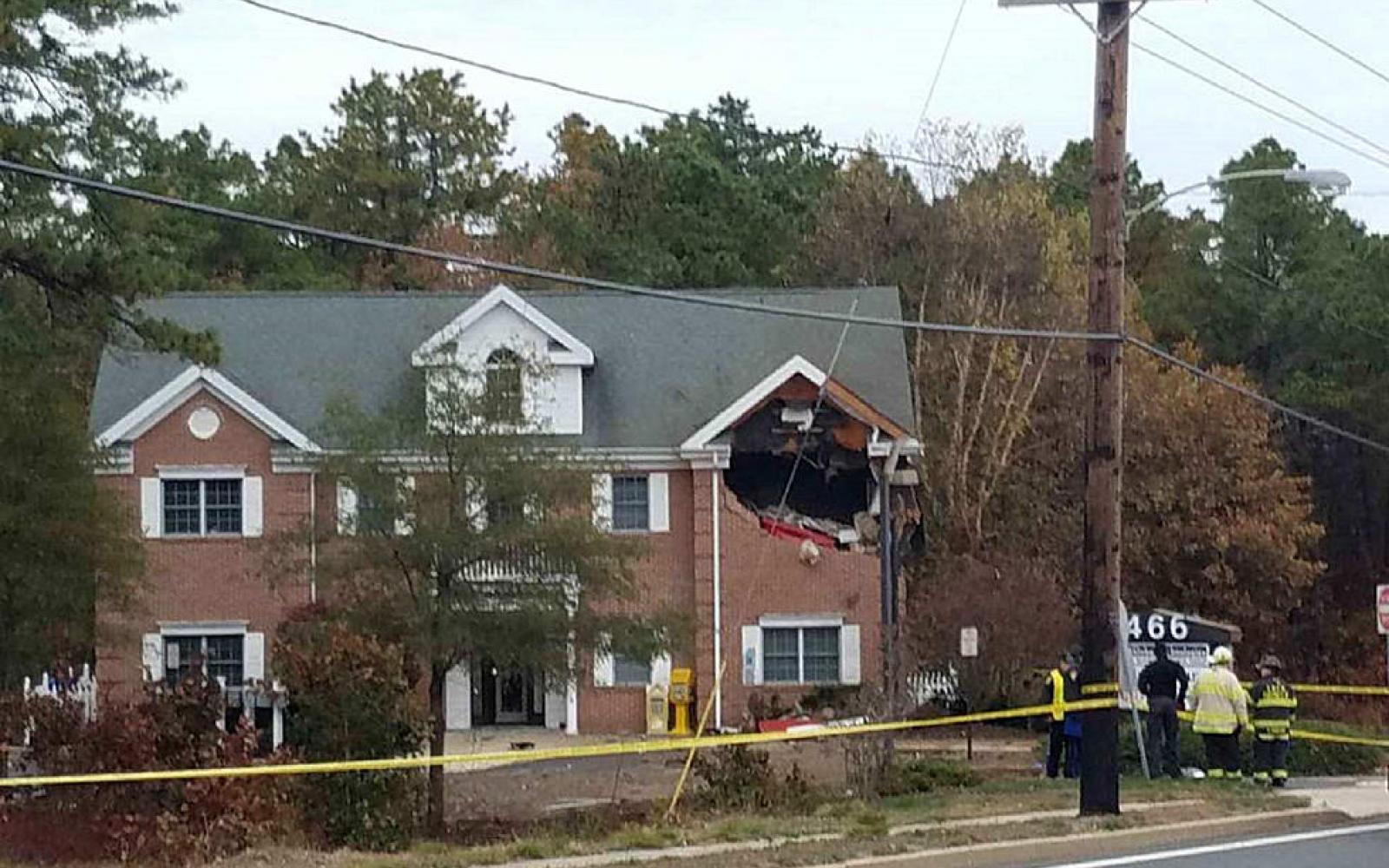 Two people were killed Sunday morning after a red Porsche went airborne and crashed into the second floor of a commercial building in Toms River, police said.

The vehicle, which was traveling at a high rate of speed, was traveling northbound on Hooper Avenue when it lost control, hit the center median and plunged into the second story of the building, said Jillian Messina, a spokeswoman for the Toms River Police Department.

The crash occurred near the intersection of Indian Hill. Skid marks could be seen across four lanes of the road leading up to the building.

The vehicle lodged into the second story of Exit Realty on the southbound side of Hooper Avenue, Messina said. The building also houses three other businesses, including a counseling service.

Police did not release the names of the vehicle’s occupants.

The building was unoccupied at the time of the crash, which occurred at 6:30 a.m., according to Sgt. Vincent Pedalino.

Ocean County Prosecutor Bradley Billhimer, who visited the scene, said his office will not be taking the lead on the investigation.

A crowd of about two dozen people gathered at the scene to watch as firefighters pulled the vehicle from the building. 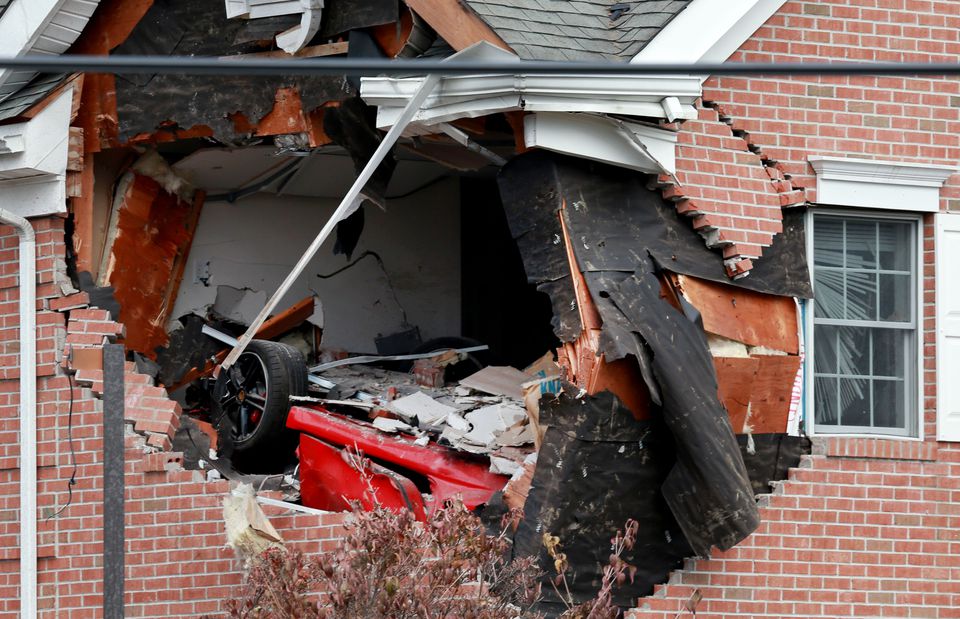 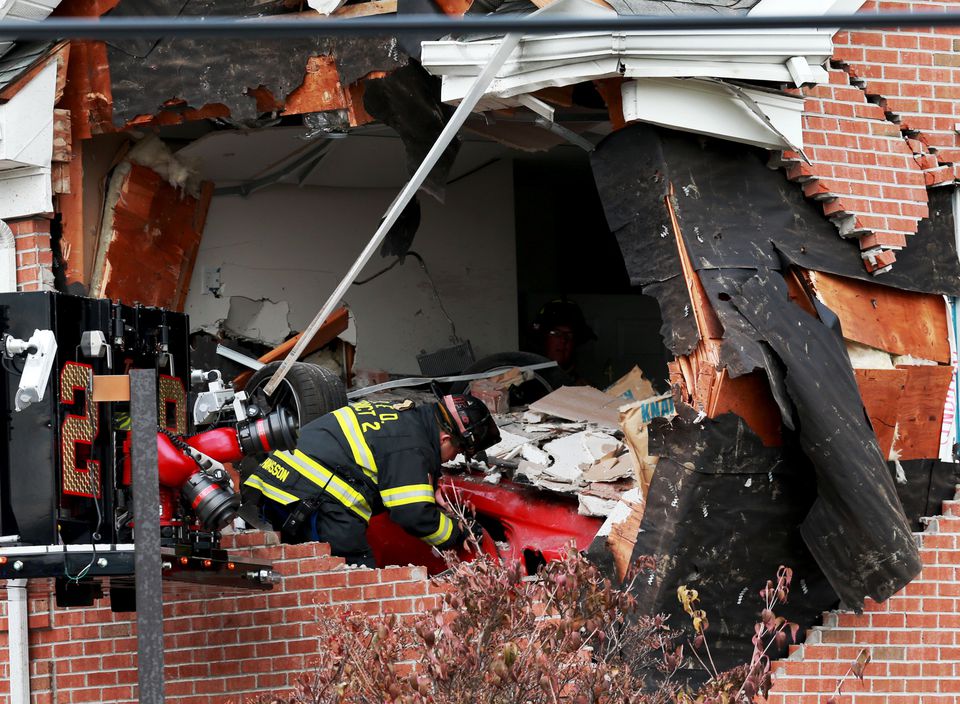