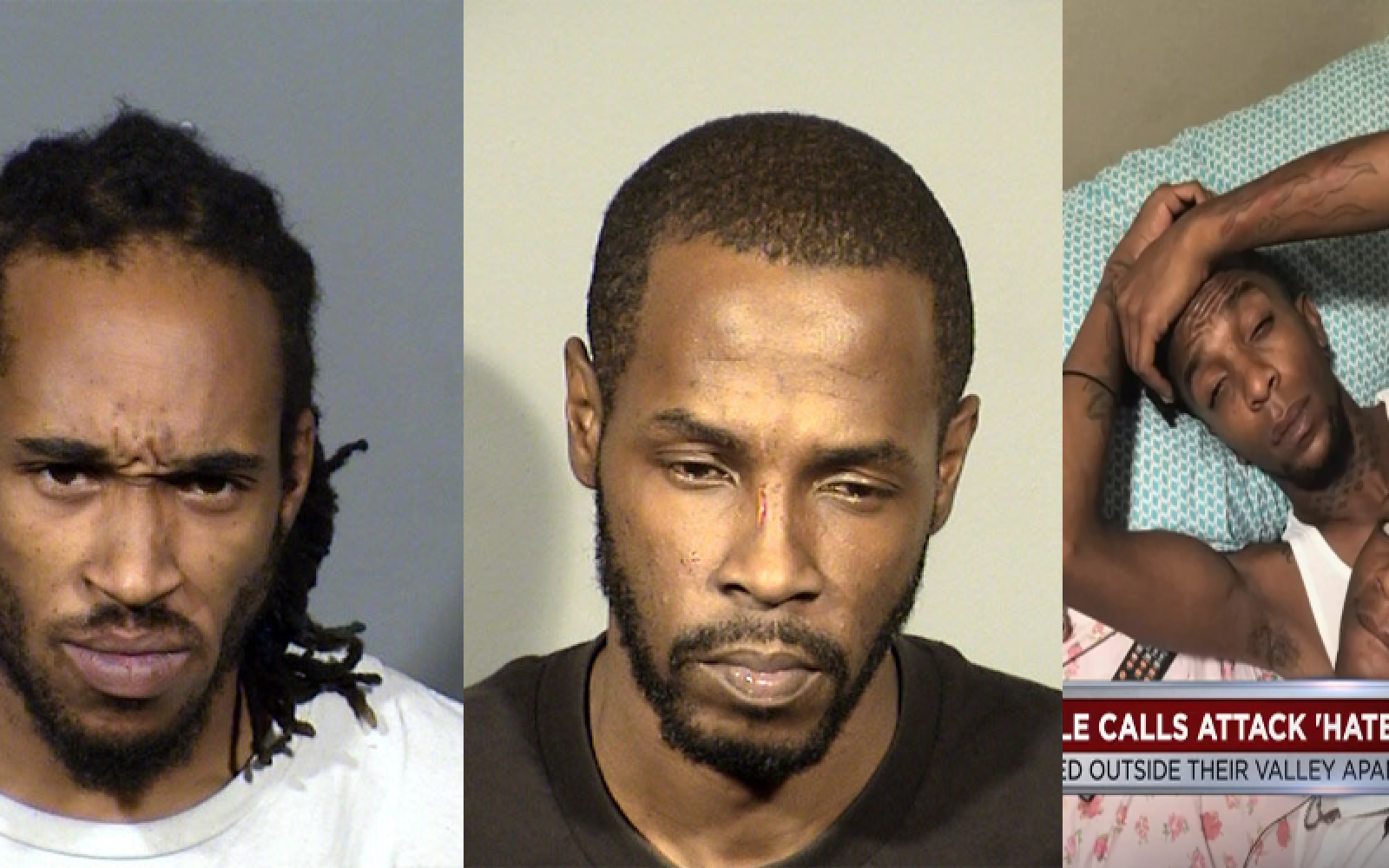 Police arrested two men in the assault and stabbing of a gay couple near Simmons Street and Vegas Drive last week.

Kealan Abraham, 34, and Andre Duncan, 39, were arrested on Dec. 2 for battery with a deadly weapon, battery with use of deadly weapon result of substantial bodily harm and conspiracy to commit criminal contempt, according to Las Vegas Metropolitan Police.

Charles Clements said two men ambushed him and his boyfriend, Vincent, sending them both to the hospital on Nov. 29. Vincent suffered two broken ribs and a punctured lung. Clements said the men called Vincent a "faggot" and "an abomination" during the attack.

Clements was hit in the head. He was released the next morning. On the phone, Vincent said he was released from University Medical Center on Friday night. But he was still in a lot of pain.

That night, Charles picked up Vincent from work at Walmart. Vincent said he was warned men may be waiting for him after work, but he saw no one, according to Abraham's arrest report. The couple soon learned two men were following them home.

When they got out of the car in front of their apartment, “I was about to unlock the door, the next thing I hear, he’s calling my name,” Clements said. “I come back, I see my boyfriend fighting with the guy.”

The attack spilled over onto their front porch, where they knocked over a glass table.

“There was a lot of glass on the floor so the guy came around,” Clements said. “He picked up the glass. I was like, ‘Don’t do that.’ And he started stabbing my boyfriend in the back. The guy was kicking him in his ribs.”

Clements said neighbors heard the attack and then saw everything.

“Neighbors, everybody just looking,” he said. “Nobody called the police.”

The suspects noticed how much Clements and Vincent were bleeding and drove away, according to police.

“When I got hit in the head with the piece of glass I had my jacket on,” Clements said. “I was just leaking blood on my jacket.”

The two went inside their apartment and called 911.

“I never been through nothing like this in my life,” Clements said. “I was so scared.”

Police said officers found Duncan's driver's license on the scene of the attack.

Vincent told police he recognized one of the attackers as a man who works with him at Walmart. That’s how the man knew about their relationship,  he said.

“It was all about gay bashing,” Clements said. “The guy came up to my boyfriend’s job, calling him an abomination, calling him 'fag.'”

Police said they went to Kealan Abraham's home on Dec. 2. There, they found Duncan's car. An officer saw him walk out, into the car and drive to work at Walmart. Police arrested him there. Duncan said he saw coverage of the story on television.

He admitted that Abraham had "fought" with the victim, kicking him several times. He said the attack was not a result of a hate crime, according to the arrest report.

Police located Abraham at a home. He answered the door and was arrested. He admitted to getting into a fight but said it was "not hate motivated."

Clements said he was excited to hear about the arrests Friday.