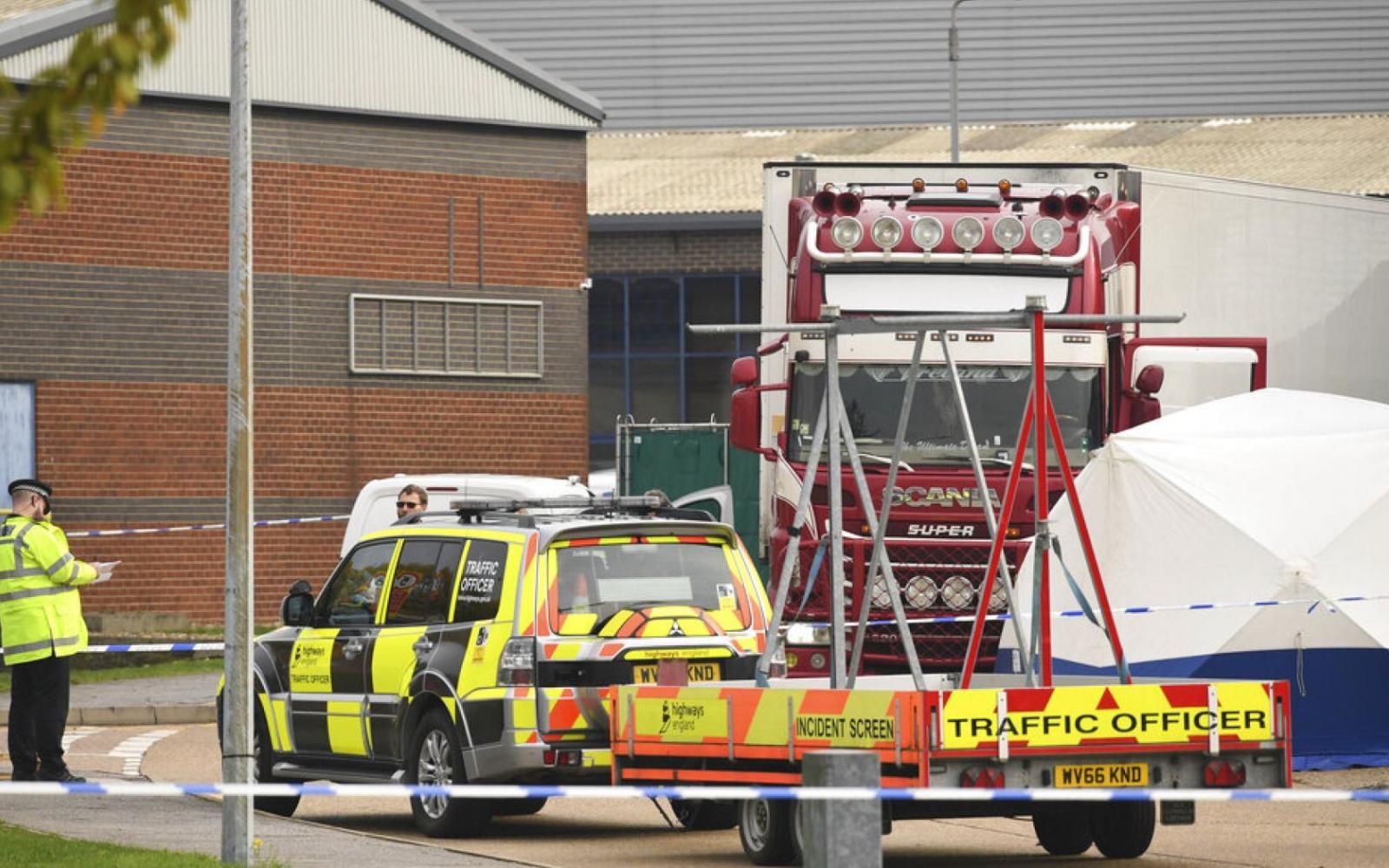 Police in the United Kingdom on Wednesday arrested a 25-year-old driver from Northern Ireland on suspicion of murder after 39 bodies were found in the back of a semi-truck in Essex, which is east of London.

Essex police said that 38 of the bodies, which were found at the Waterglade Industrial Park in Greys, Essex, were adults and one was a teenager. The area has been cordoned off by police.

"This is a tragic incident where a large number of people have lost their lives. Our inquiries are ongoing to establish what has happened," Chief Superintendent Andrew Mariner said. "We are in the process of identifying the victims, however I anticipate that this could be a lengthy process."

"We have arrested the lorry driver in connection with the incident, who remains in police custody as our inquiries continue," he added.

The truck traveled from Bulgaria through the Welsh town of Holyhead, police said according to the BBC.

British Prime Minister Boris Johnson tweeted that he was "appalled" by the incident. "My thoughts are with all those who lost their lives & their loved ones," he said in the statement.