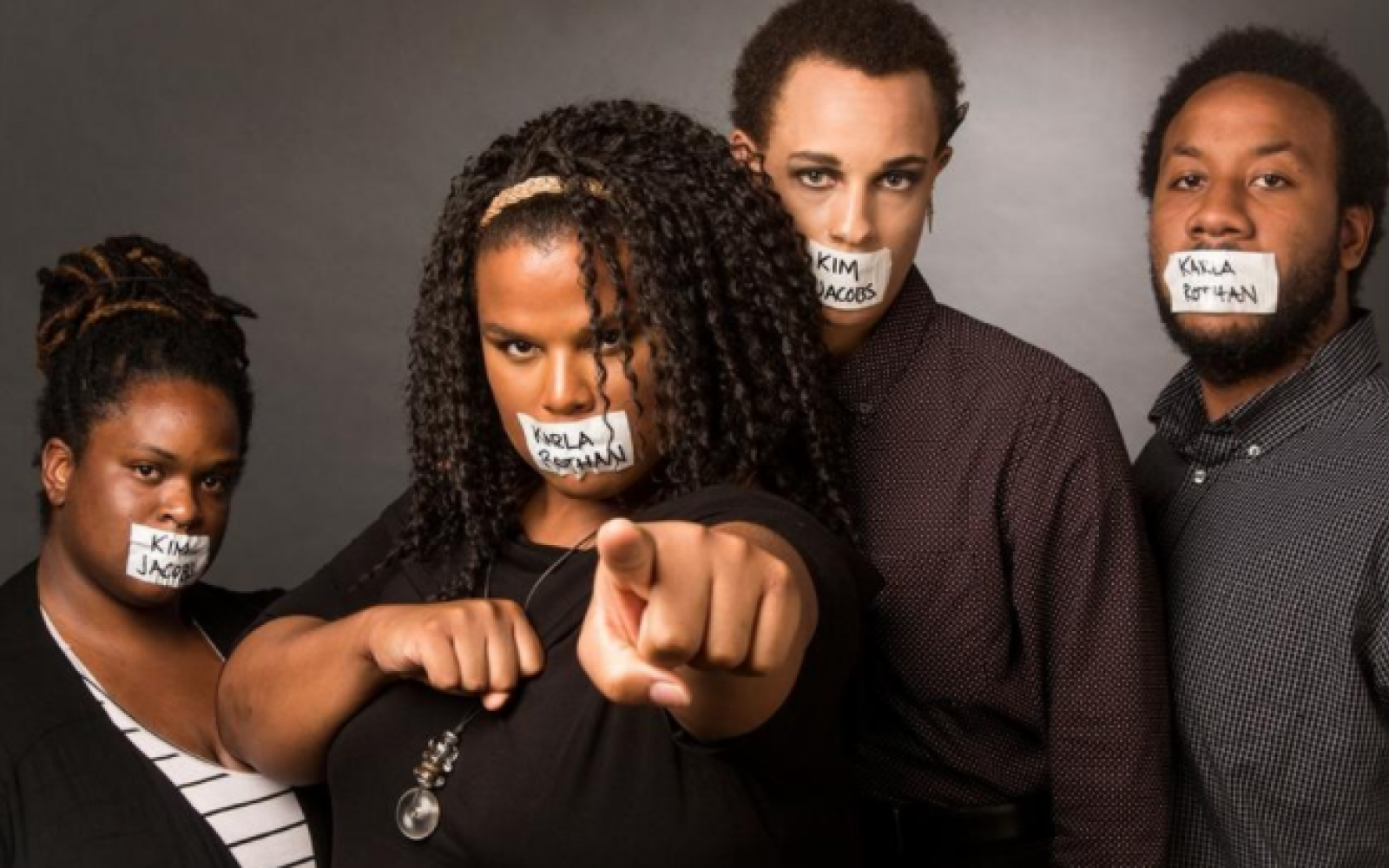 On Monday, a jury convicted three LGBTQ activists on six of eight misdemeanor counts stemming from a June 2017 protest during the Columbus Pride parade.

A fourth protester, Deandre Miles, faces a felony charge of aggravated robbery and will be tried separately. Miles has been accused of reaching for a police officer’s gun during the incident.

The quartet, commonly known as the Black Pride 4, were among a group of protesters that stepped into the street on June 17, 2017, in an attempt to block the Columbus Pride parade as a means “to raise awareness about the violence against and erasure of black and brown queer and trans people,” among other concerns.

The verdict followed a five-day trial and was met with immediate criticism on social media.

Piper Kerman, Columbus resident and author of “Orange Is the New Black,” called the verdict a “violation of civil justice” on Twitter. “There would be no [Pride] parades w/out brave protests, resistance & leadership of #LGBTQ POC (people of color),” she wrote.

GetEQUAL, meanwhile, called the verdict “a direct attack on the communities whose legacy of resistance against police gave us the freedom to be able to even have pride parades.”

Following the verdict, Stonewall Columbus, organizer of Columbus Pride, posted a statement to Facebook, which read, in part:

“Today’s verdict in the trials of three members of the #BlackPride4 further highlights the hard work ahead in our community. The court’s decision should not silence the discussion about violence and discrimination facing LGBTQ+ people of color. Rather, it should strengthen our resolve to address these systemic issues in our pursuit of equality and fairness.

“This experience has shined a light on divisions within our entire community. As we look toward the future, Stonewall Columbus will continue to work toward healing these divisions through greater collaboration and engagement.”

As of Tuesday morning, the post had generated more than 150 comments, most negative, owing to the trial appearance of the Stonewall Columbus board chair, whose testimony was viewed by some as favorable to the prosecution’s case against the Black Pride 4. (Stonewall was subpoenaed by the City Attorney’s office to testify in the trial.)

“Is testifying against the BP4 your way of engaging with the community?” read one typical response.

Stonewall did not immediately respond to a request for comment.

In a Facebook event post, Black Queer & Intersectional Columbus said an open mic planned for Tuesday, Feb. 13, would now include space to discuss the verdict, writing, “We’re opening up our spoken word ... for folks to say how they’re feeling ... and to continue building our community up to push for minimal sentencing for Wriply, Ashley, and Kendall.”

The event takes place at 8 p.m. at Lincoln Cafe, 740 E. Long St. in King-Lincoln, with a suggested $5 donation going to a legal defense fund established for the Black Pride 4.