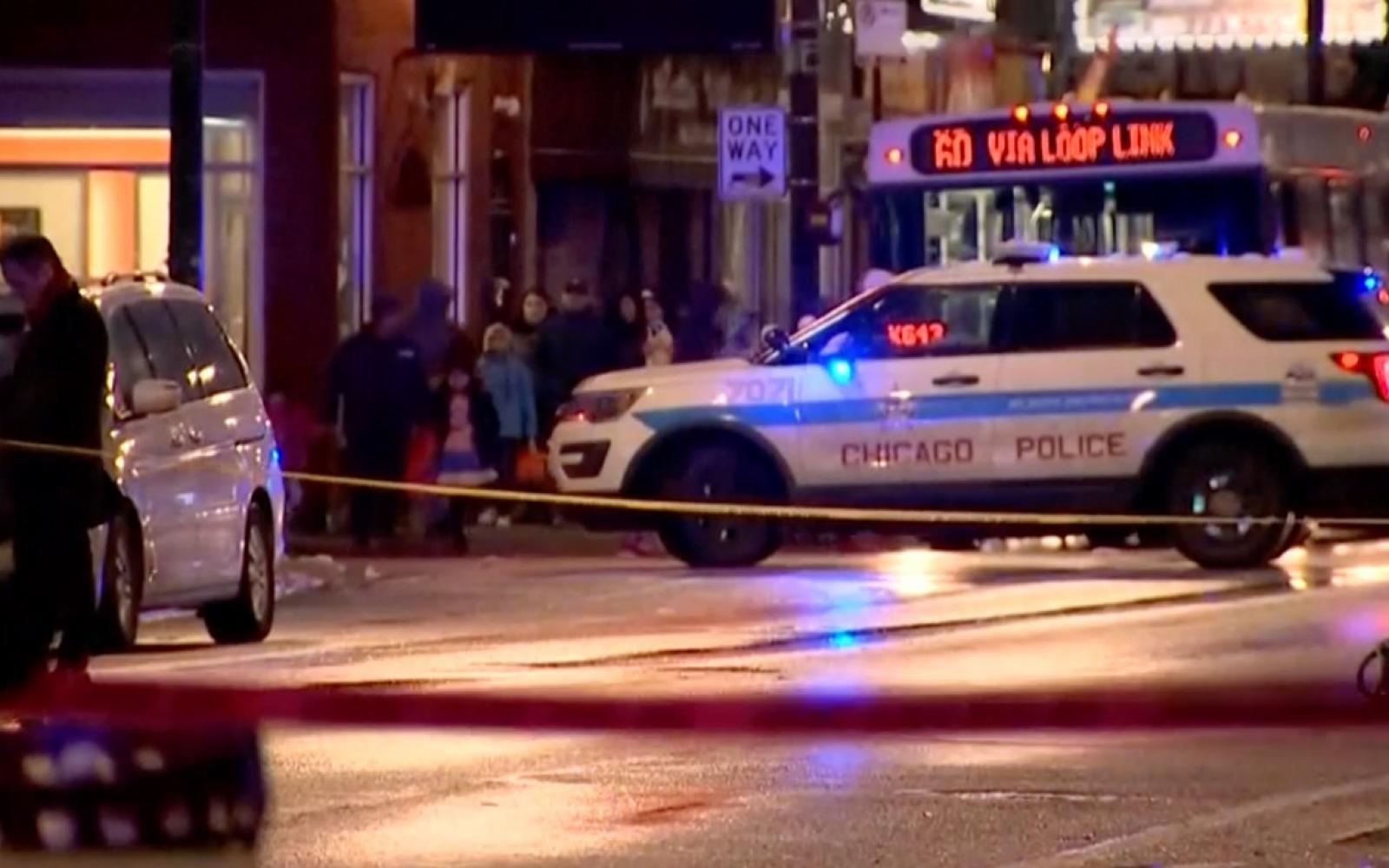 A shootout erupted late Thursday afternoon while children were out trick-or-treating in Little Village, and a 7-year-old girl dressed as a bumblebee ended up getting shot in the neck.

As CBS 2’s Charlie De Mar reported, trick-or-treaters were going in and out of businesses on busy 26th Street near Lawndale Avenue at 5:30 p.m. – including the 7-year-old girl, who police said was just standing on the sidewalk with her family.

Police stress that the 7-year-old girl has no relationship at all to a 31-year-old man who was also wounded in the shooting, and who was believed to have been the target.

Trick-or-treaters and their families still filled the sidewalks of Little Village into the evening, through the haze of blue police lights.

But before sundown, seven gunshots rang off. A video that has gone viral shows trick-or-treaters running as the shots rang out.

Blocks away, a Ring doorbell video also picked up the shots.

A group of men was chasing the 31-year-old man and began firing, according to police News Affairs Sgt. Rocco Alioto. That man was shot in the hand and was taken to Mount Sinai Hospital, where his condition was stabilized.

But two of the bullets hit that 7-year-old girl out collecting candy with her family. The girl was taken to Stroger Hospital of Cook County, where she was in critical condition, Alioto said.

“This is unacceptable,” Alioto said. “It’s a 7-year-old girl that’s trick-or-treating with her family out here, and happens to get shot because a group of guys want to shoot male while there’s a street full of kids trick-or-treating.”

Police said the group of people who were shooting ran away, so there were no arrests as of Thursday night.