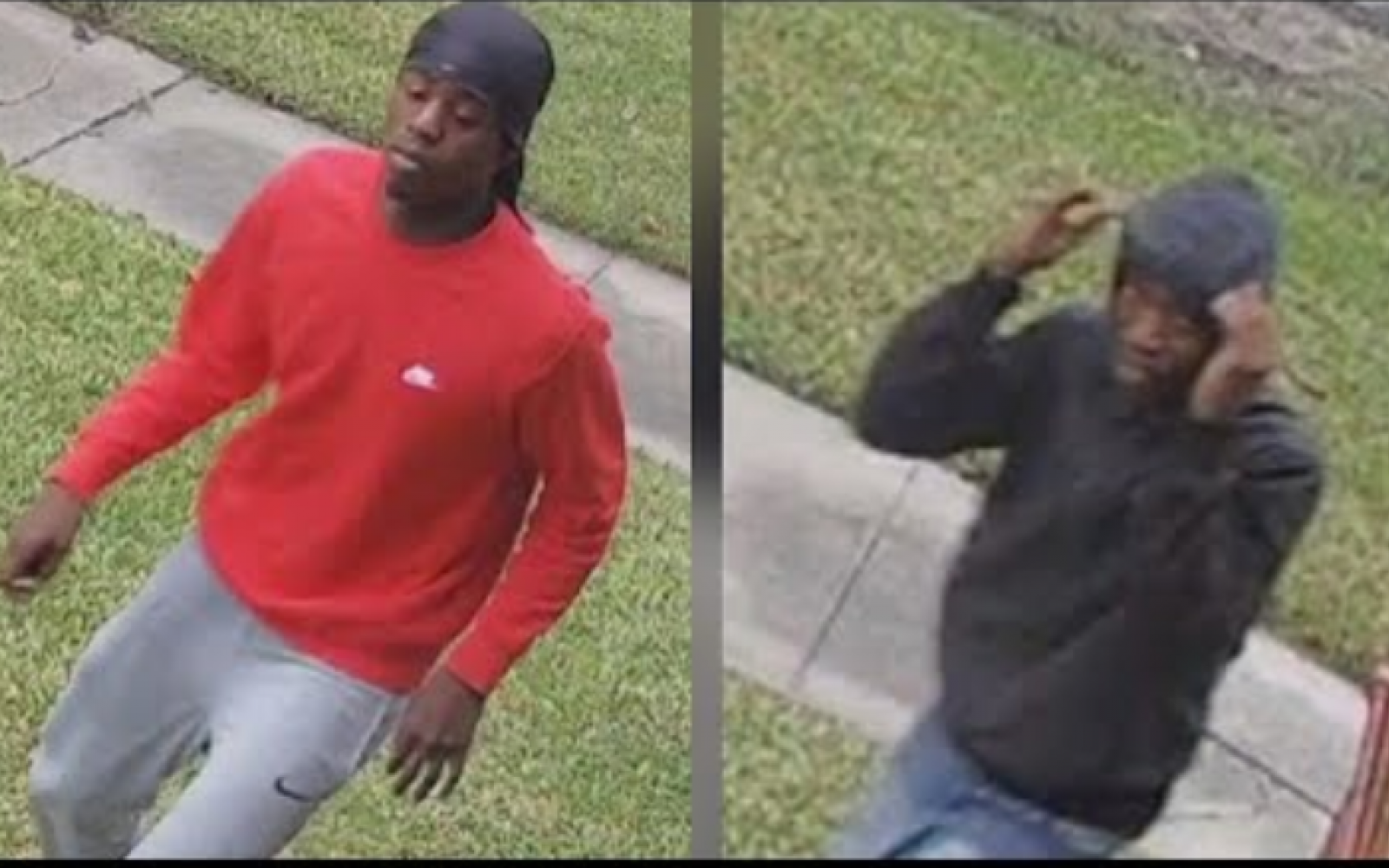 A 73-year-old woman was robbed in front of her home in southeast Houston on Thursday by two men who had apparently followed her home from the bank.

Her daughter's surveillance cameras caught the robbery on video. Now police are looking for the two men in the video who took off with this woman's belongings.

Gina Villareal said her mother had come home from the bank around 10:30 a.m. when a black sedan showed up outside their home. The mother believed the car had been following her. Villareal got the unnerving call.

Her mother had finished paying bills at the bank when she pulled into her driveway. The black sedan was shown on video pulling up and parking across the street.

"She pulled into the driveway. She sat there for a few minutes," Villareal said.

After several minutes, Villareal's mother stayed in the car unalarmed. The car drove off.

"She thought the men were lost," Villareal said.

As the mother gets out of the car, the black sedan is shown leaving and coming back.

"This car, the black car was just watching her the whole time. They parked across the street," Villareal said.

As the woman made her way towards the home, the black sedan is seen pulling over to the side of the home. Then two men, one dressed in red, the other dressed in black, ran to her outside her door and tried to rob her.

"That's when the two men came and basically snatched her purse from her," Villareal said.

Her mother then confronted the men.

"I went to the bank, but I don't got any money," the mother said to two men.

The suspects grabbed her wallet and most of her things and drove off. The mother was not harmed.

"It's very hurtful and painful to see that," Villareal said after going through her surveillance video.

Police are now on the lookout for the men.

"For them it's like what would you do if that happened to your mother," Villareal said.

However, they are thankful that no one was hurt.

"That's the most important part -- that [my mother] is OK!" Villareal said.

This family said they will pray for the suspects.

"I just hope that they're caught and that they don't do that to anyone else's mom. I wouldn't wish that on my worst enemy," Villareal said.

Anyone who knows these men or information on the situation are asked to call Houston police.