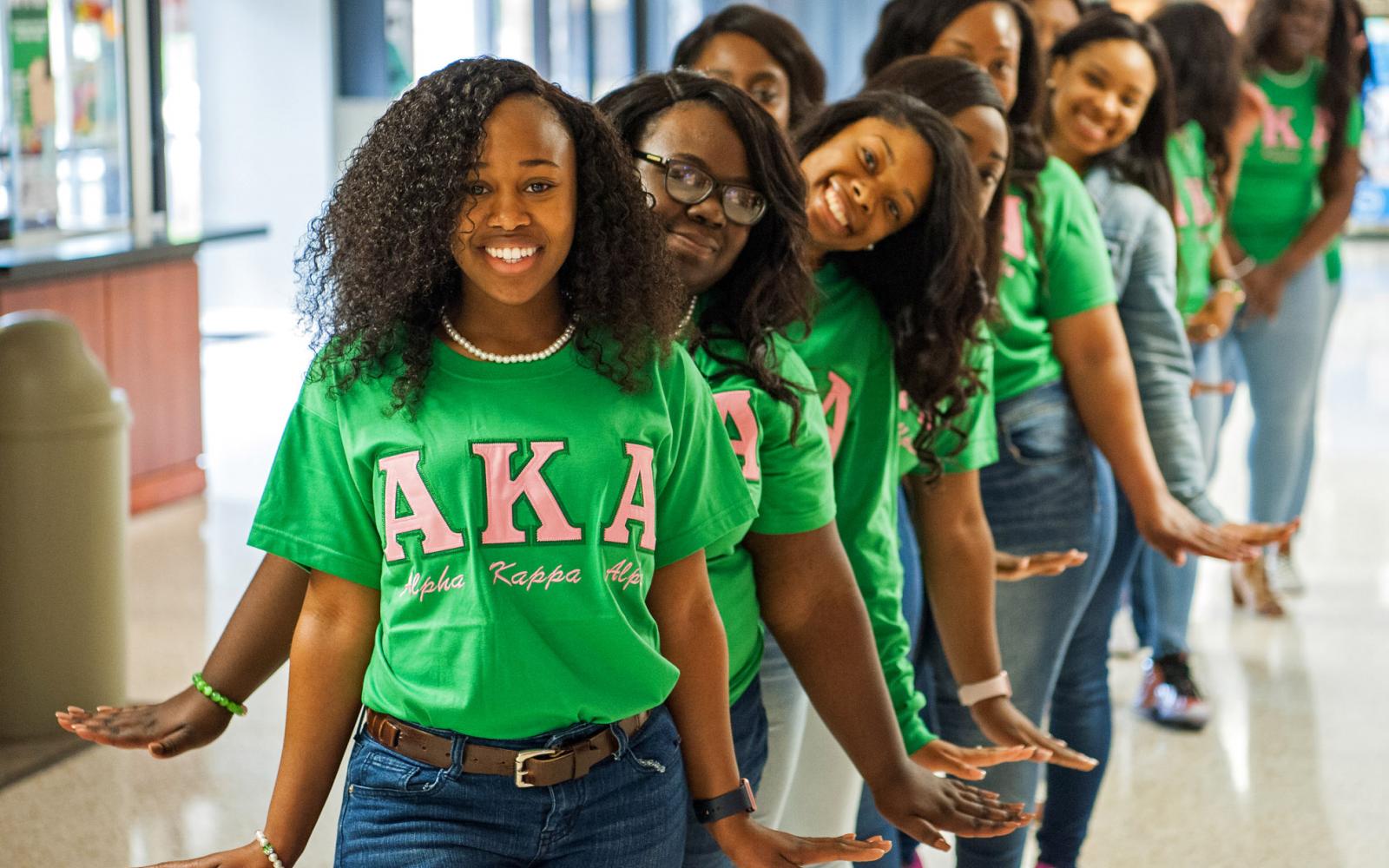 Alpha Kappa Alpha Sorority, Incorporated®  is proud to announce that for the second consecutive year, the sorority has successfully raised $1 million for the benefit of Historically Black Colleges and Universities (HBCUs) as part of its HBCU Impact Day initiative.  On Monday, September 16, local chapters, private donors and corporate matching dollars from across the globe helped the 111-year old service organization reach the $1 million fundraising goal.
“Once again this is a historic moment for Alpha Kappa Alpha, as we have raised $1 million for HBCUs for the second year in a row,” AKA International President Glenda Glover shared with excitement in a video message to sorority members.

“I want to thank everyone who contributed to this $1 million, one-day campaign. Let’s continue to support our HBCUs.”

“HBCUs are critically important educational institutions. Alpha Kappa Alpha was founded at an HBCU more than 100 years ago, so it is not only befitting but necessary that AKA women are at the forefront of investing in the future of these spaces,” added Dr. Glover, who is also president of Tennessee State University, and an HBCU graduate.

In February 2019, AKA gifted $1.6 million to the first 32 of 96 HBCUs through the AKA-HBCU Endowment Fund. The second cycle, consisting of 32 more HBCUs, will be funded in 2020. The endowment fund falls under the organization’s target HBCU for Life: A Call to Action, which aims to promote HBCUs by encouraging students to attend and matriculate through these institutions.

HBCU Impact Day is one component of a four-year $10 million fundraising goal set by AKA International President Dr. Glenda Glover, who challenged the women of AKA to lead the charge in helping to secure fiscal sustainability and success for all four-year accredited HBCUs around the country.

Although HBCU Impact Day has passed, individuals or organizations interested in supporting the effort can still make contributions by texting AKAHBCU to 44321, giving by mail or online at http://aka1908.com/hbcus/donate-hbcu. Money raised through AKA’s HBCU campaign will assist in providing financial support to these schools over the next three years. Endowment funds can help schools reduce student debt through scholarships, fund industry-specific research, recruit and retain top faculty, and much more.