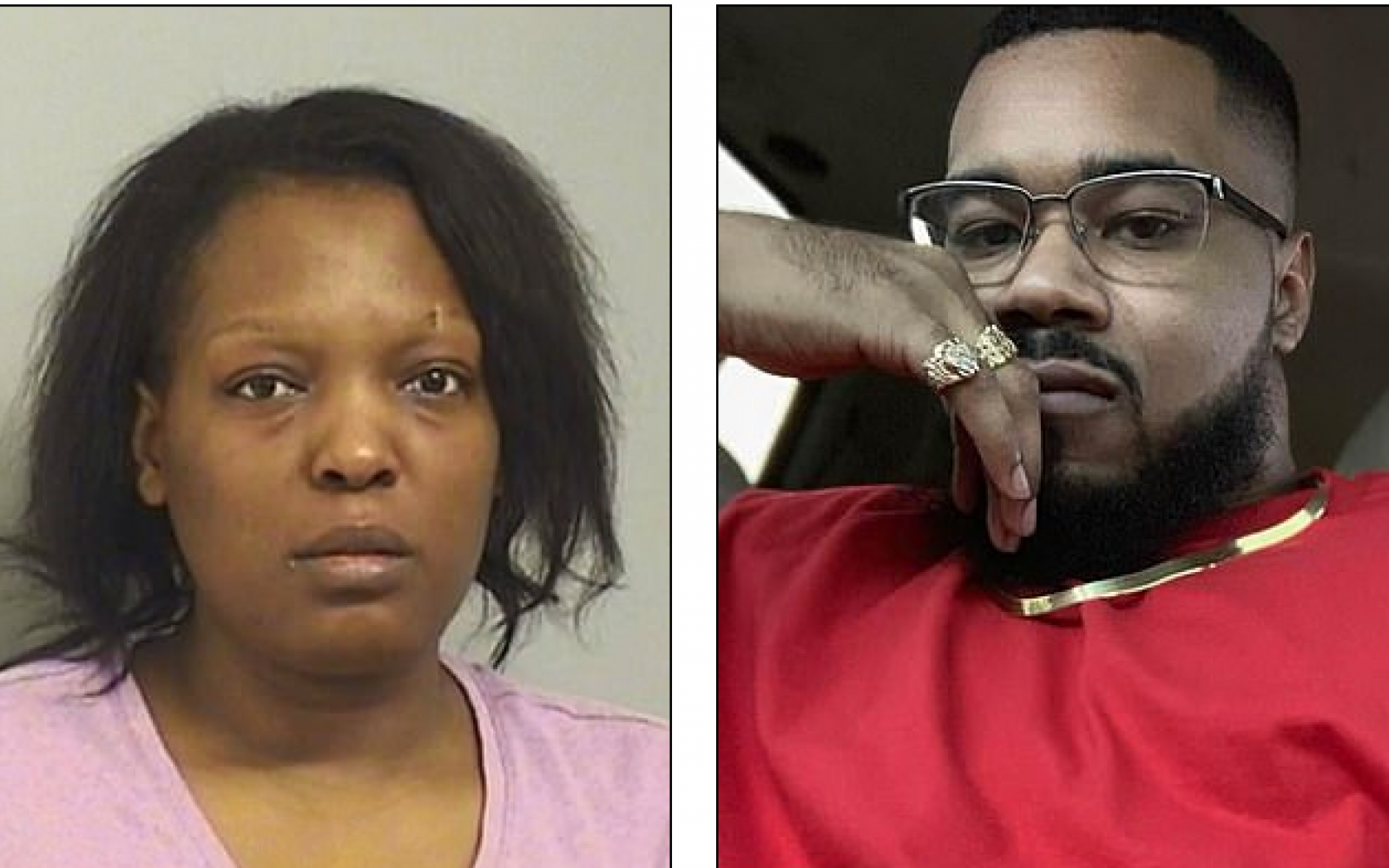 A former manager at an Oklahoma Arby's restaurant has been sentenced to 20 years in prison for fatally shooting a customer she said spat on her during an argument.

Deionna Young, 26, pleaded guilty to first-degree manslaughter on Monday. She will serve two decades behind bars, with the remaining five years of her 25-year sentence suspended, for killing Desean Tallent, 25, last March.

She will received credit for time already served in jail, Tulsa World reported.

Young reported to police that Tallent hurled profanities, made threats and spat on her, so she asked him to leave during their encounter at the Arby's at 41st Street and Garnett Road on the evening of March 23, 2019.

According to a police press release, Tallent promised to come back and hurt Young.

About an hour later Tallent returned to the restaurant, police said.

Tallent's widow, Meoshia Turner, told Tulsa World last April her husband only went back to the eatery to have his order fixed, and that it was Young who escalated the situation.

The mother-of-three said she was told that the Arby's manager spat on her husband first and threw loose change at him.

Police said Young got in her car and followed Tallent out of the parking lot north on Garnett Road from the store.

Police said that both vehicles had repeatedly braked in a game of 'cat and mouse'.

Young fired one shot with a .45-caliber handgun, for which she did not have a license, at Tallent's SUV and returned to work.

He then drove the SUV north to Walmart, where he crashed into a vending machine after having suffered a gunshot wound to his upper torso. He died later at a hospital.

Turner was at the movies that night with family and only found out what had happened to her husband of nearly eight years from a news report.

Police served a warrant on Young's apartment two days later and found a pistol, but Young claimed she destroyed the murder weapon.

She reportedly confessed to the crime and showed police where she dumped the gun parts.

Young's trial had been scheduled to begin with jury selection Monday.