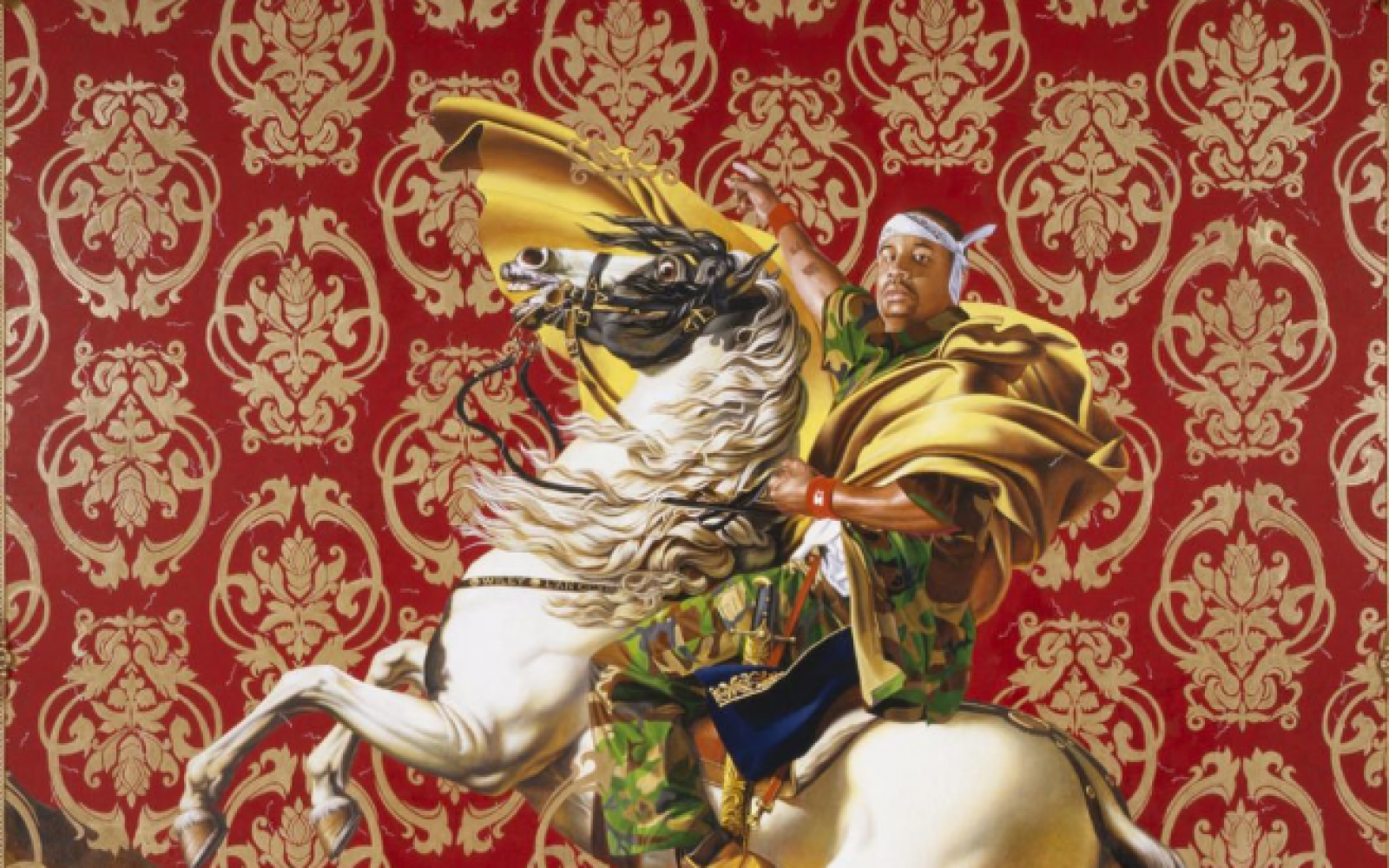 Artist Kehinde Wiley is creating a massive sculpture of a young African American on a horse — modeled after Confederate statues we on display in Times Square and then in front of the Virginia Museum of Fine Arts.

The piece is specifically modeled after the monument to Confederate Gen. J.E.B. Stuart, which Wiley saw when he was visiting Richmond for his career retrospective “Kehinde Wiley: A New Republic” at the VMFA in June 2016.

“Kehinde Wiley became enamored with Richmond, the VMFA and particularly with Monument Avenue and the sculptures that populate it,” said Alex Nyerges, the director of the VMFA. “He was particularly struck by the monuments to the Confederate generals and the notion of the Lost Cause in the midst of a booming, 21st-century, hipster town. He was inspired by it and talked about it a lot. We didn’t realize at the time that it would result in this fantastic 21st-century take on monuments.”

Created on the same scale as the Stuart monument, which is roughly 30 feet tall and cast in bronze, “Rumors of War” is Wiley’s largest three-dimensional work to date.

The sculpture, which will be erected between 46th and 47th Streets on Broadway Plaza this September, will be on view through December before being installed permanently at the Virginia Museum of Fine Arts. It is presented by Times Square Arts, the VMFA, and Wiley’s gallery, Sean Kelly. The sculpture will be installed at the VMFA’s entrance on Arthur Ashe Boulevard, just a mile from the J.E.B. Stuart statue on Monument Avenue.

It’s no accident that Rumors of War, Wiley’s largest work to date, will come to life in Times Square, which Wiley selected to “sit at the crossroads of human movement on a global scale.”

“His work builds on the iconography of power — how individuals are memorialized and edified,” said Valerie Cassel Oliver, the museum’s curator of modern and contemporary art. “He wanted to take what he does in the two-dimensional form and take it to the next level.”

Mounted on a stone pedestal, “Rumors of War” depicts a young African American in urban streetwear, sitting astride a horse in a striking pose. It will be unveiled in New York’s Times Square on Sept. 27.

“It just seemed to be the right place to expand the conversation about monuments and who gets memorialized,” Oliver said. “What Kehinde Wiley does is celebrate the everyday person.”

“The inspiration for ‘Rumors of War’ is war — is an engagement with violence,” Wiley said in a statement. “Art and violence have for an eternity held a strong narrative grip with each other. ‘Rumors of War’ attempts to use the language of equestrian portraiture to both embrace and subsume the fetishization of state violence. ... To have the ‘Rumors of War’ sculpture presented in such a context lays bare the scope and scale of the project in its conceit to expose the beautiful and terrible potentiality of art to sculpt the language of domination.”

Although the museum declined to comment on the specific price, Nyerges said, “It is the most expensive acquisition we’ve ever made in our history.”

The acquisition is funded by an endowment of private donations, not state money. 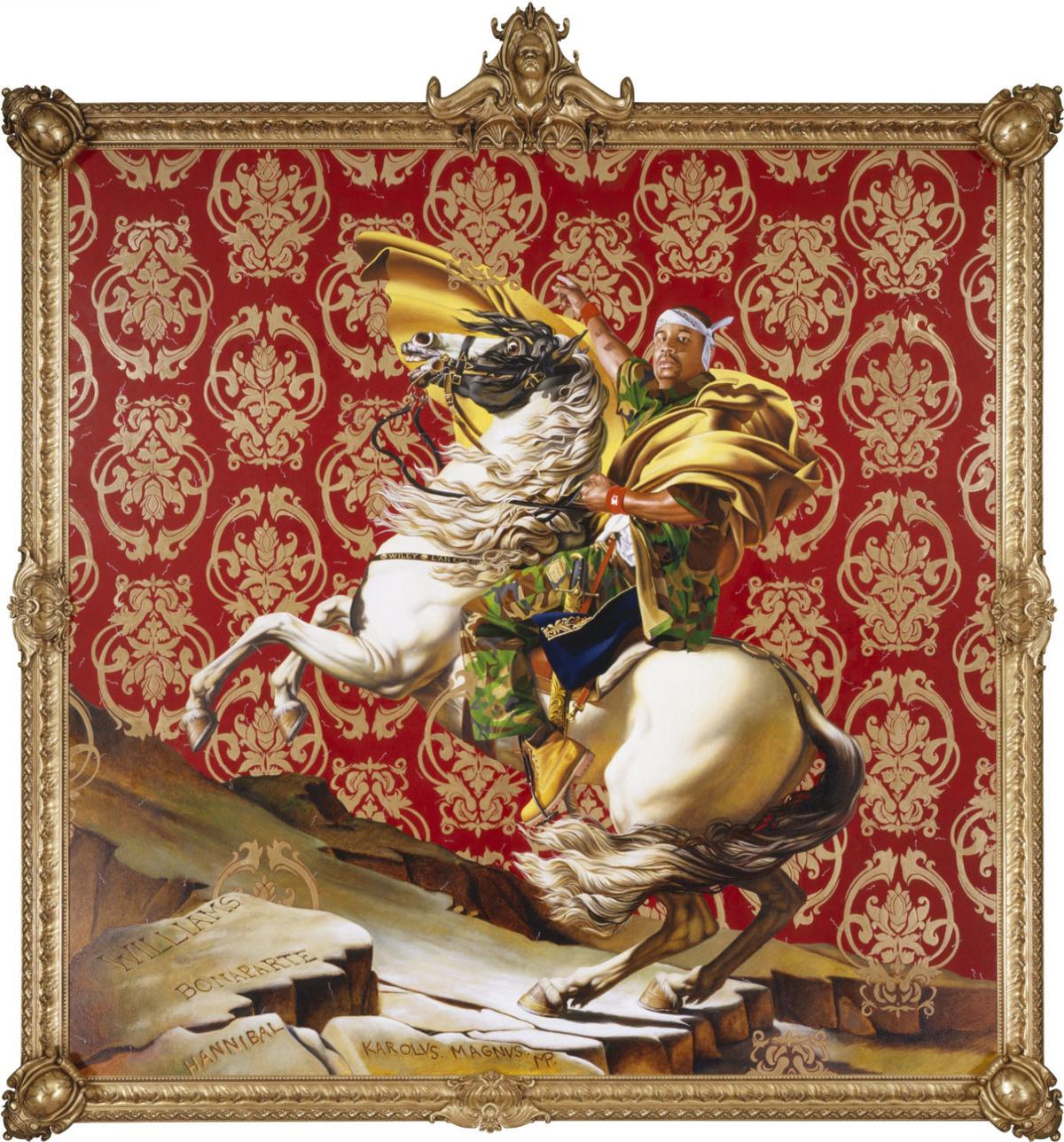