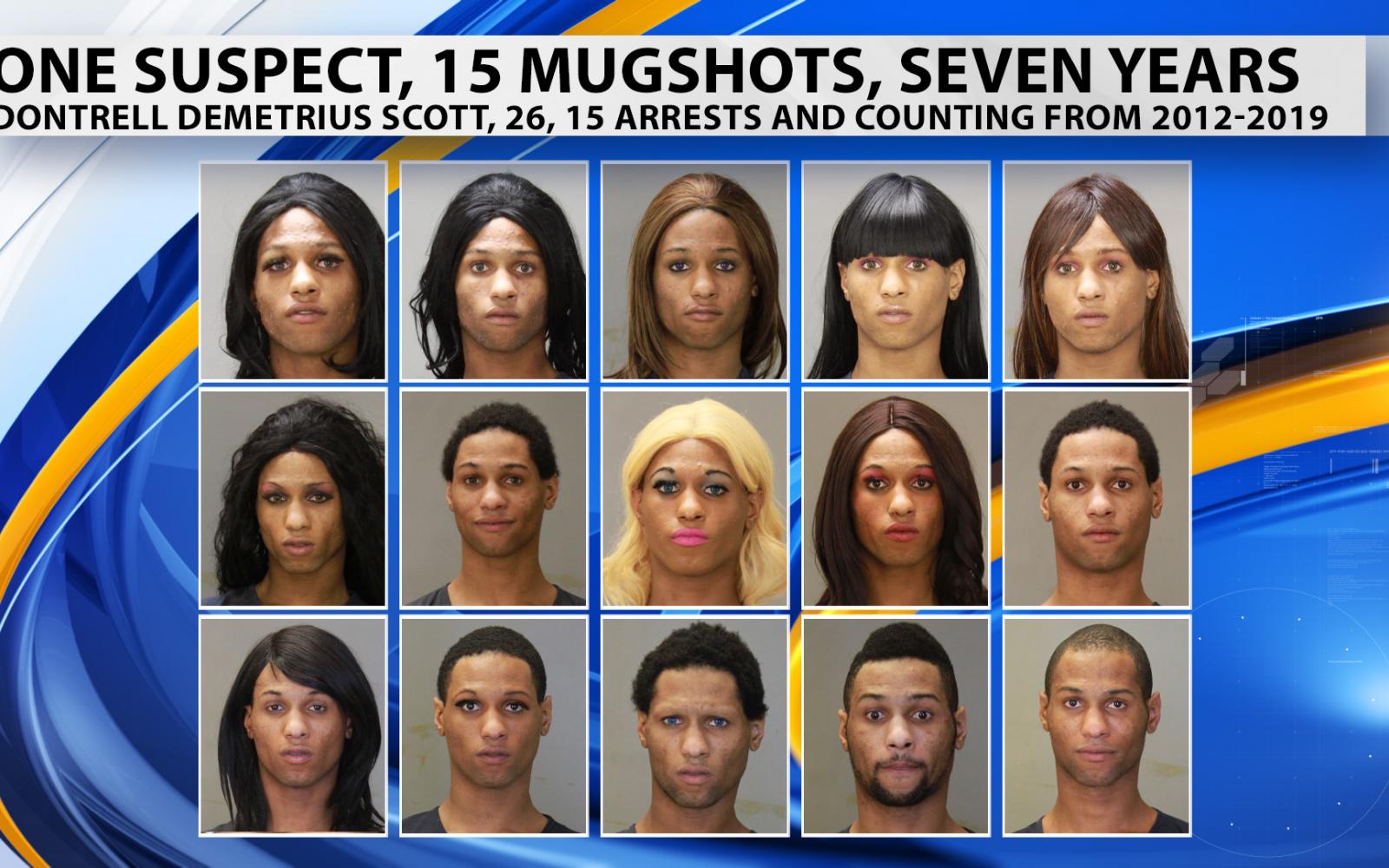 We're all born naked and the rest is Drag -Ru Paul.  After robbing a bank again on Tuesday 29 Year Old Dontrell Scott had yet another look according to WRBL.

A search of the Muscogee County Jail mugshot database shows that Scott has been arrested in Columbus at least 15 times between 2012 and 2019. The charges range from driving without a license to forgery to prostitution.

Police say Scott walked into the SunTrust at the corner of First Avenue and 13th Street about 3:45 p.m. He left with an undisclosed amount of cash.

Security camera photos released by Columbus police show that the alleged robber was not wearing a mask of any kind and had on a Chili’s restaurant shirt.

He also picked a bank that houses the Columbus field office of the Federal Bureau of Investigation.

Later in the afternoon, Scott was arrested at a Phenix City car lot, attempting to purchase a car with cash. D. Cochran was the man at Ask D Auto Audio Sales who was selling Scott the vehicle.

“He said I would like to buy any one of your cars,” Cochran told News 3. “He said I like this Mercedes and I told him the price of the Mercedes. And he said, ‘Well, I’ll take anything I’m just in a rush.’ I said, ‘OK well let’s go inside.’ He said, ‘I got the money right now.’ So he showed me a wad of cash. When he showed me the cash, I was like, ‘Whoa.'”

About the time Scott was in Phenix City attempting to purchase a car, Columbus police were putting out his photo to all of the local media outlets.

By 7 p.m., Phenix City police were reporting Scott’s arrest at the car lot.

According to the photo released by Phenix City police, Scott was wearing the same Chili’s shirt that appeared in the photographs released by Columbus police.

Scott’s arrest Tuesday marks the second time he’s been in the Russell County Jail, according to Sheriff Heath Taylor. Scott was arrested in Alabama in 2015 for shoplifting.

He remains in the Russell County Jail awaiting extradition to Columbus.