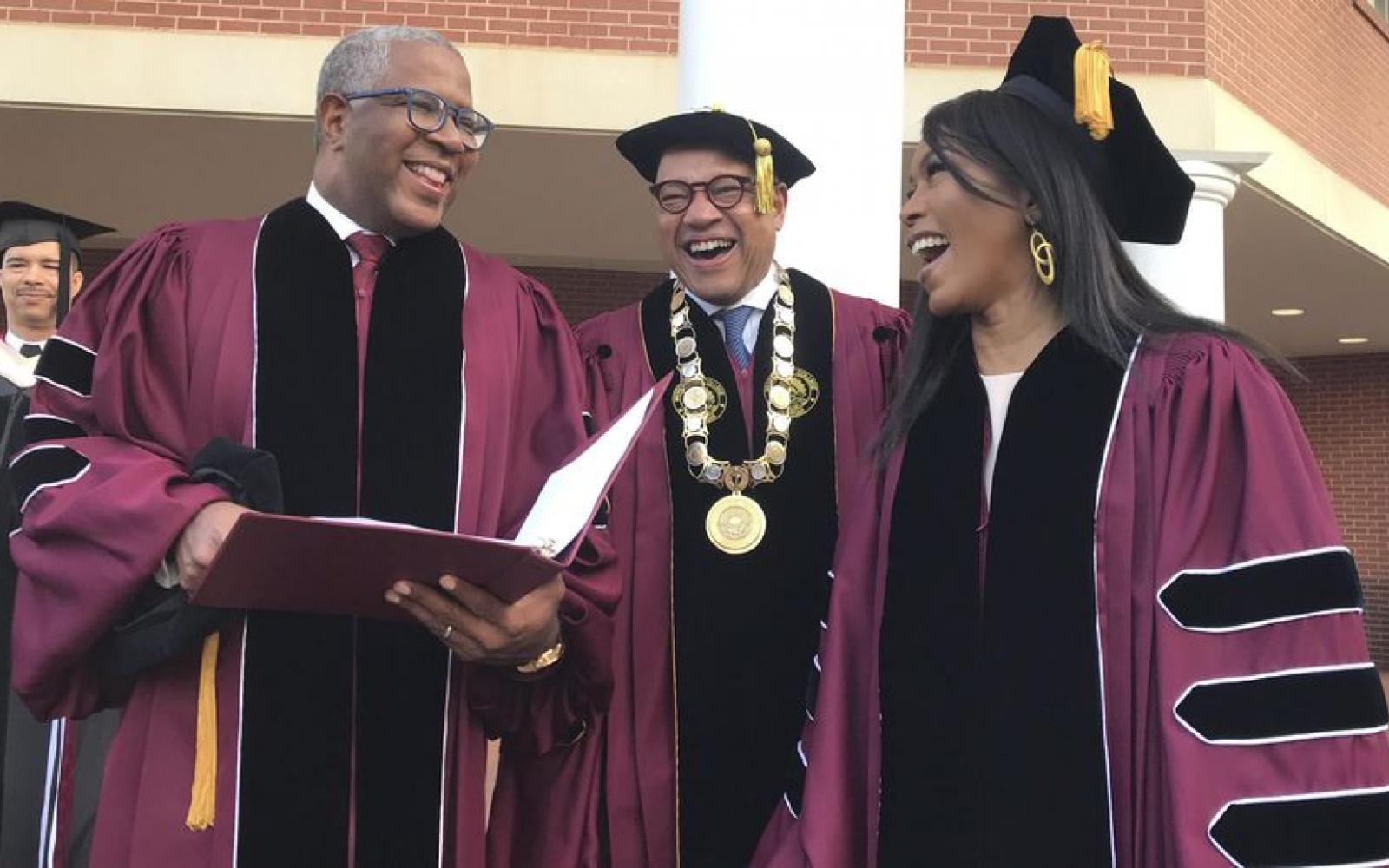 A billionaire technology investor and philanthropist says he will provide grants to wipe out the student debt of the entire graduating class at Morehouse College - an estimated $40 million.

Robert F. Smith, this year’s commencement speaker, made the announcement Sunday morning while addressing nearly 400 graduating seniors of the all-male historically black college in Atlanta. Smith is the Founder and CEO of Vista Equity Partners, a private equity firm that invests in software, data, and technology-driven companies.

“On behalf of the eight generations of my family that have been in this country, we’re gonna put a little fuel in your bus,” Smith told the graduates. “This is my class, 2019. And my family is making a grant to eliminate their student loans.”

The announcement elicited stunned looks from faculty and students alike, before the graduates broke into the biggest cheers of the morning. Morehouse said it is the single largest gift to the college.

Smith, who received an honorary doctorate from Morehouse during the ceremony, had already announced a $1.5 million gift to the school. The pledge to eliminate student debt for the class of 2019 is estimated to be $40 million.

Smith said he expected the recipients to “pay it forward” and said he hoped that “every class has the same opportunity going forward.”

In the weeks before graduating from Morehouse on Sunday, 22-year-old finance major Aaron Mitchum drew up a spreadsheet to calculate how long it would take him to pay back his $200,000 in student loans - 25 years at half his monthly salary, per his calculations.

In an instant, that number vanished. Mitchum, sitting in the crowd, wept.

“I can delete that spreadsheet,” he said in an interview after the commencement. “I don’t have to live off of peanut butter and jelly sandwiches. I was shocked. My heart dropped. We all cried. In the moment it was like a burden had been taken off.”

His mother, Tina Mitchum, was also shocked. Eight family members, including Mitchum’s 76-year-old grandmother, took turns over four years co-signing on the loans that got him across the finish line.

“It takes a village,” she said. “It now means he can start paying it forward and start closing this gap a lot sooner, giving back to the college and thinking about a succession plan” for his younger siblings.