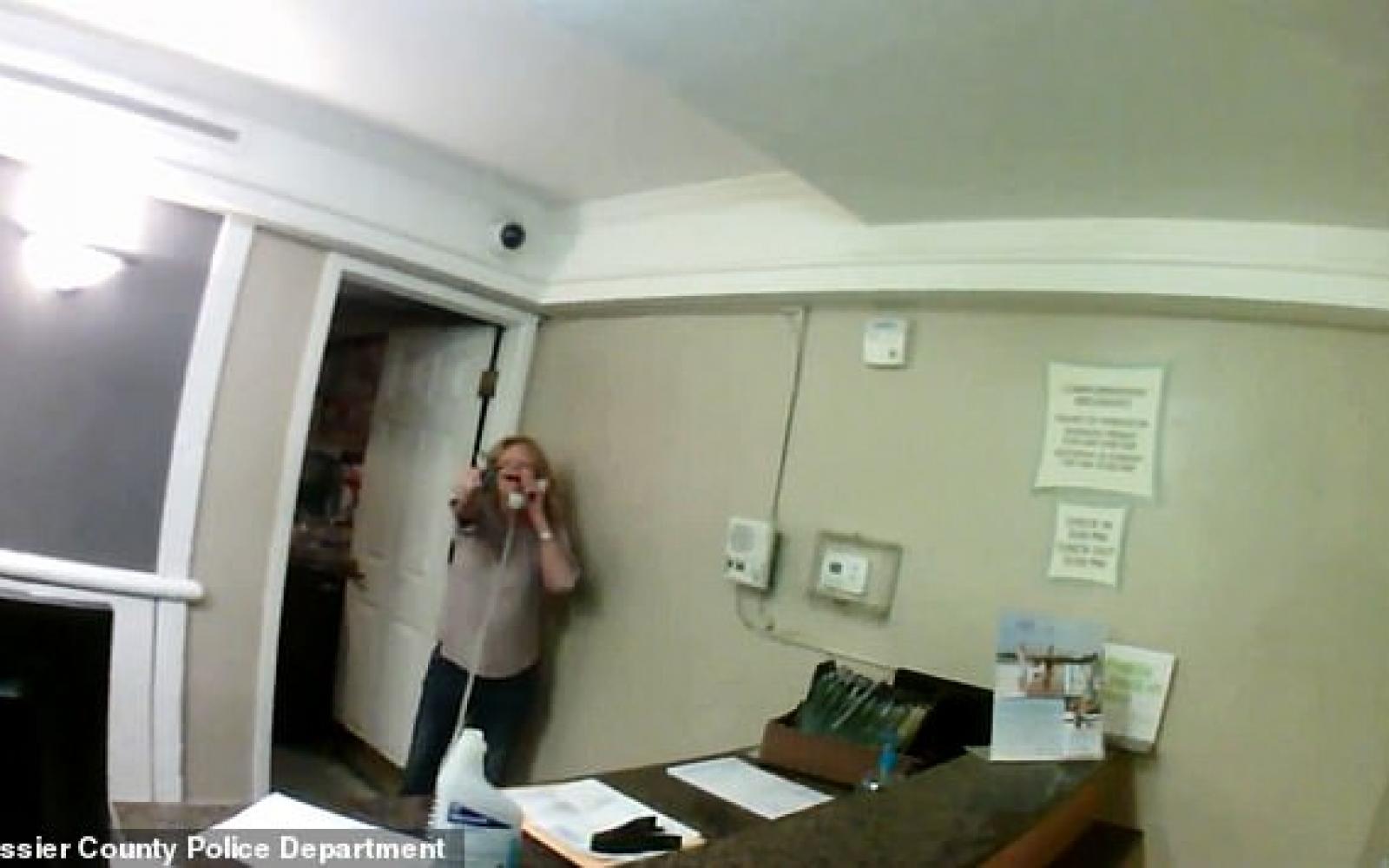 According to the report, at 5:45 a.m. that morning, Bossier City Police officer Patrick Edmond  Jr., responded to a complaint of a disorderly person at the LaQuinta Inn, 309 Preston Boulevard.

Edmonds encountered 45-year-old Shannon Rupert, of Shreveport, who brandished a pair of scissors while on a phone in the lobby of the hotel. The officer gave multiple verbal commands to Rupert to put down the weapon.

Video released Monday showed the woman on a phone and pointing scissors at Edmonds.

“Hey! Hey! Get off the phone,” he was shown yelling.

The woman continued her conversation a few feet from the desk she was standing behind.

“You’re going to have to shoot me, n—a,” she responded.

“Put those scissors down,” Edmonds said.

Rupert then aggressively approached the officer with scissors in hand. The officer fired two rounds from his department issued handgun, striking Rupert in the upper torso. Rupert was transported to the hospital where she was pronounced deceased.

“Based on all evidence reviewed it is my firm opinion that no crime was committed by the officer as his actions constituted justifiable homicide,” District Attorney J. Schuyler Marvin said in a letter to the police chief.

“The circumstances confronting this officer were such that a reasonable belief existed that he was in imminent danger of losing his life or suffering great bodily harm, and the discharge of his firearm was necessary for the prevention of a possibly lethal threat,” Marvin added.