Bride Arrested For DUI On The Way To Her Wedding 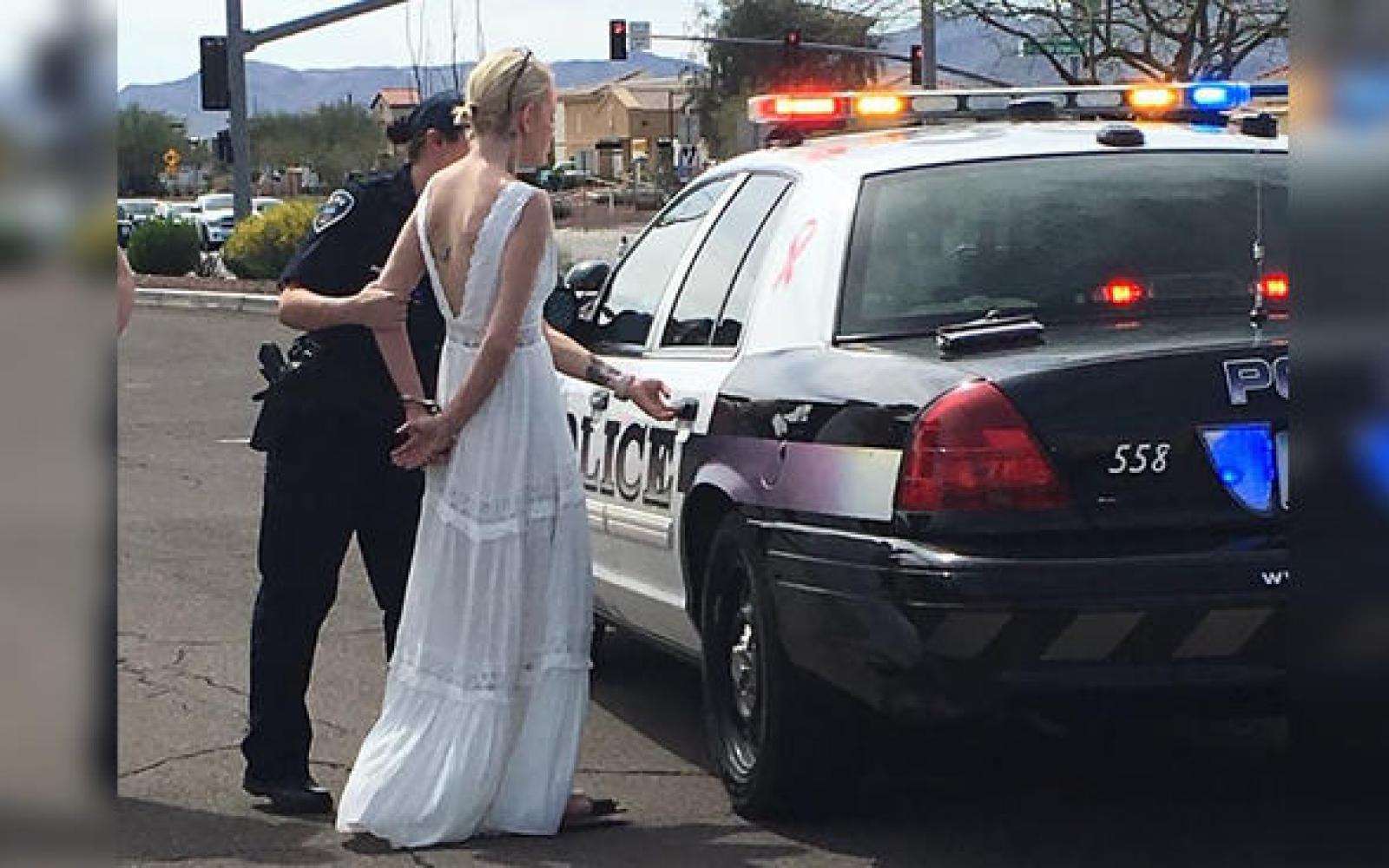 A woman was arrested for driving under the influence -- on the way to her wedding.

Marana Police arrested the bride-to-be Monday morning outside of Tuscon, Arizona, after a three-car collision. One person was injured.

Sgt. Chriswell Scott tweeted a photo of the woman about to get in the police car and wrote, "Don’t drive impaired, till death do we part doesn’t need any help."

A driver was arrested for DUI this AM while driving to her wedding. @MaranaPD officers arrived at OG/Thornydale at approx 1030 reference a three vehicle collision. One person was transported with minor injuries. Don’t drive impaired, till death do we part doesn’t need any help.