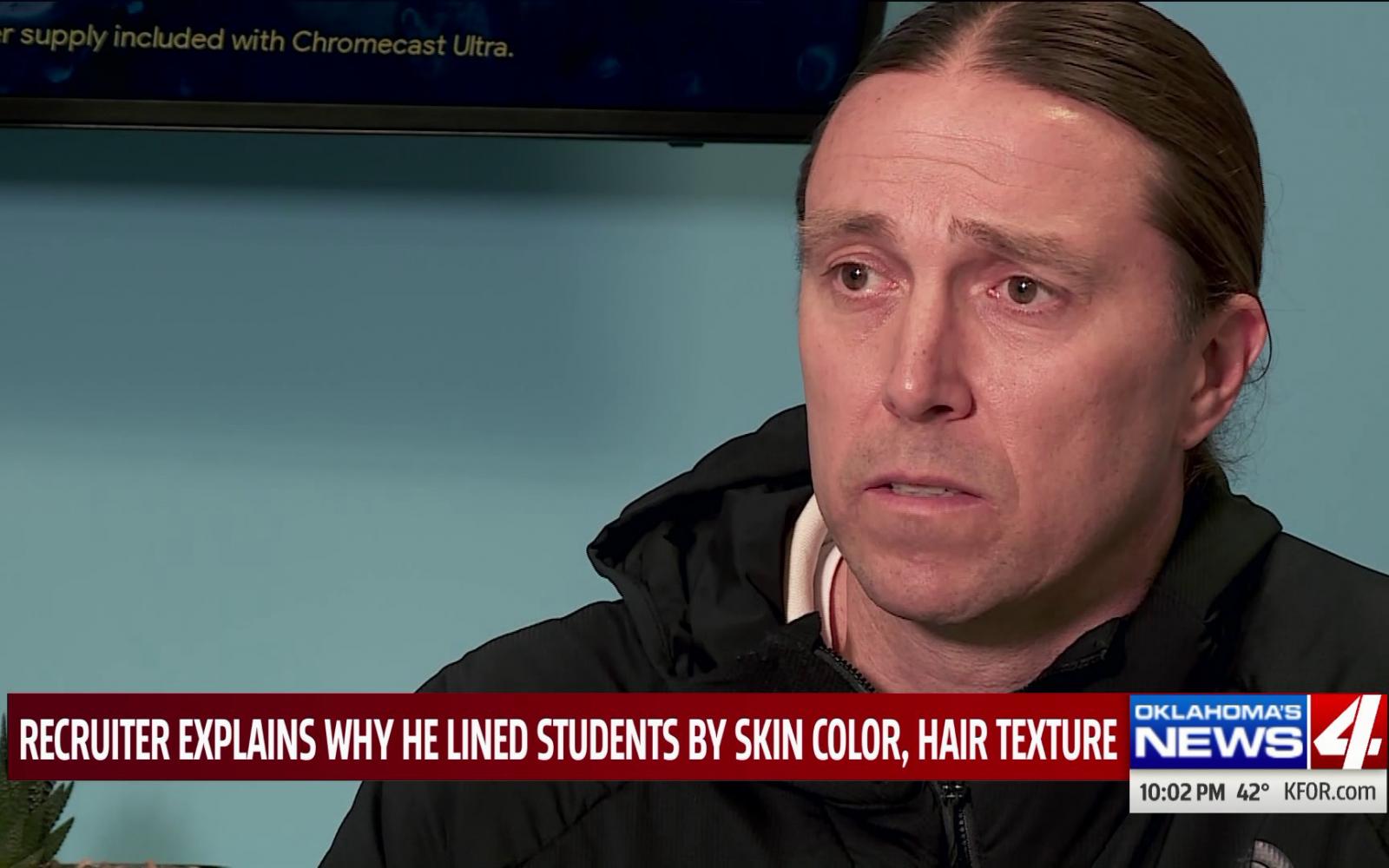 Metro high school students were forced to line up by the color of their skin, and then their hair was allegedly ranked from nappy to not.

A recruiter from Oklahoma Christian University was fired following an exercise he decided to implement at Harding Charter Preparatory in Oklahoma City.

“He barely talked about the school itself,” Korey Todd said.

At Harding Charter Preparatory High School, college recruiters stop by all the time, but this gym assembly was different.

"I could already see through his BS basically,” Korey Todd said. “He was a white man.”

“He was like, 'Let's play a little game,'” Todd said. "He said, 'Okay, everyone now line up from darkest to lightest skin complexion.'”

"He said, 'Okay, who is going to line up the fastest,'” Rio Brown said.

Then, the juniors were told to shuffle again.

"That's when I felt uncomfortable like, 'Okay, this isn't right,'” Todd said.

"Teachers left,” Brown said. “They were crying and they were offended. Their faces just look disgusted. I know they had a talk with him after, like, 'That's not okay.'"

According to Oklahoma Christian University, the recruiter was fired shortly after. The university released the following statement to News 4:

"The OC admissions counselor who visited Harding Charter Preparatory Academy on Monday is no longer an Oklahoma Christian University employee. OC admissions leadership did not approve the inappropriate activity in advance and has communicated closely with Harding administration since the visit. Admissions staff are scheduled to visit the academy Monday to apologize to Harding students and staff on behalf of the University."

The principal at Harding Charter Prep also admitted all of it was true, releasing this statement to News 4, saying:

“As you are aware, our school is visited by many college representatives each year to recruit the most hardworking students in the state of Oklahoma. Unfortunately, an incident occurred this Monday when a college recruiter from Oklahoma Christian University led a group activity with our students that involved inappropriate and hurtful statements.

The Harding Charter Preparatory High School governance board, administration, and staff does not condone any behavior and/or language that undermines our community’s values. Our community, from its inception, has valued diversity, inclusion, and a safe and supportive learning environment. We will continue to do so.”

"I hope it is a wake-up call because many people at the school need to hear how we feel,” Brown said.

Oklahoma Christian University officials also tells News 4 they will be making a personal visit on Monday to apologize to the entire campus.

This article was updated to correct an error on one of the quotes.