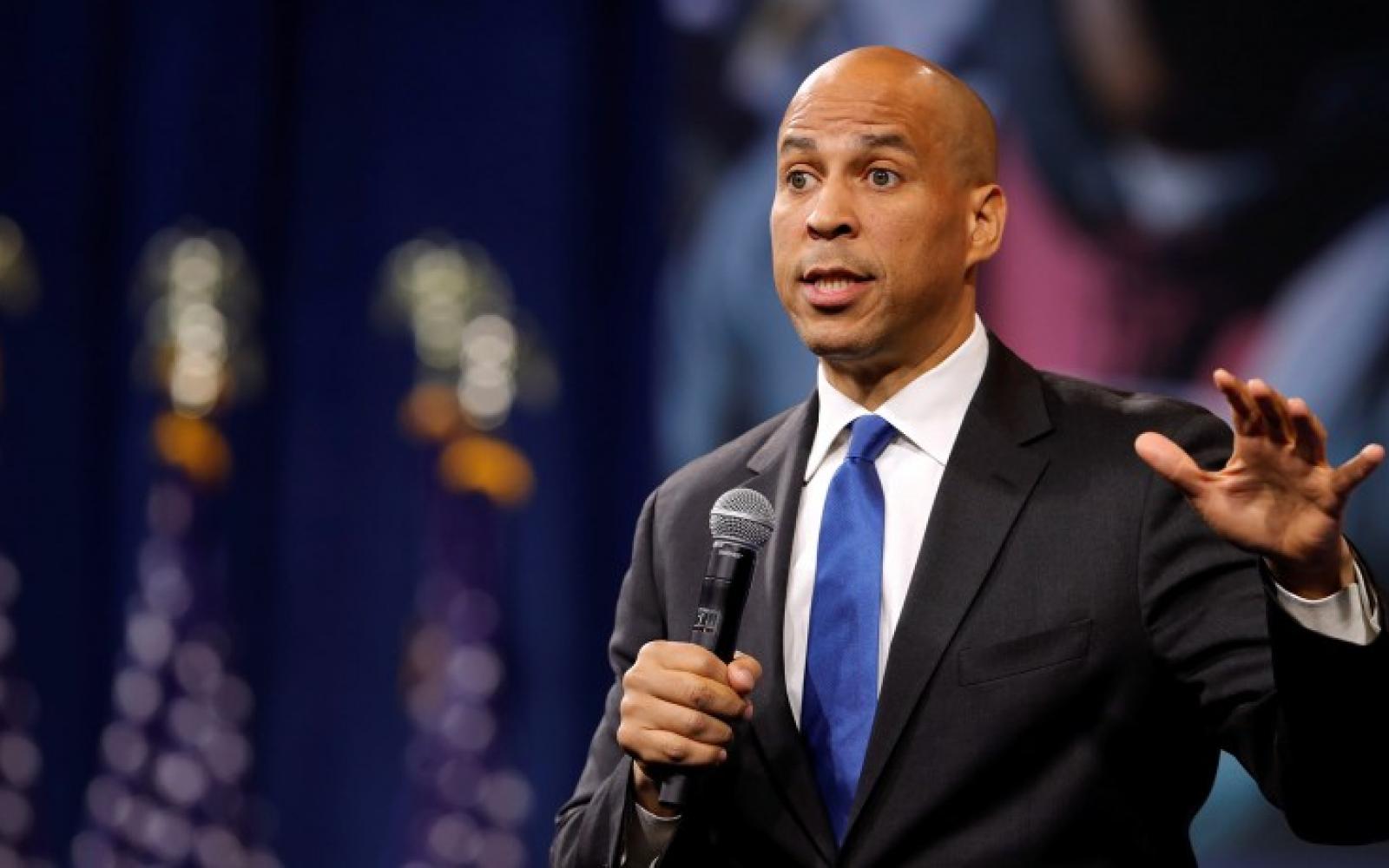 U.S. Senator Cory Booker, whose relentlessly optimistic message of love and unity failed to sway Democratic voters, ended his White House campaign on Monday, saying he lacked the money to extend his bid.

The announcement from Booker, an African-American, leaves only one black candidate, former Massachusetts Governor Deval Patrick, remaining in what had once been the most diverse field of presidential contenders in U.S. history. Six candidates, all white, qualified for the latest Democratic debate on Tuesday in Iowa.

A gifted orator who earned plaudits for his debate performances and his campaign speeches, the New Jersey Democrat was widely seen as a top contender when he launched his campaign in February 2019.

But the high-spirited Booker never found traction with voters. As the criteria for qualifying for debates became more restrictive, he was left off the stage in December and January, further complicating his longshot candidacy.

Booker, 50, had centered his campaign on calling for love, healing and common purpose to combat Trump’s divisive rhetoric, a message that sometimes seemed at odds with a Democratic base deeply angered by the president’s behavior.

In an email to supporters, Booker said the campaign did not have the money to continue competing, especially given that he would miss Tuesday’s debate and will likely be forced off the campaign trail to serve as a juror in Trump’s upcoming impeachment trial in the Senate.

Booker had sought a boost from the large black population in South Carolina, which votes fourth in the Democratic nomination race. But polls have shown him trailing far behind former Vice President Joe Biden there, and Booker had recently placed his hopes in a strong showing in Iowa’s first-in-the-nation contest on Feb. 3.

“Many people underestimated the depth and width of the support among African-American voters that Vice President Biden has,” said Antjuan Seawright, a Democratic strategist in South Carolina.

Seawright said the black community in South Carolina and elsewhere was looking for the candidate best able to beat Trump – and that Booker did not necessarily fit that profile.

Within minutes of Booker’s announcement, Trump posted a sarcastic message on Twitter that read in part: “Booker, who was in zero polling territory, just dropped out of the Democrat Presidential Primary Race. Now I can rest easy tonight. I was sooo concerned that I would someday have to go head to head with him!”

Party leaders in Iowa and New Hampshire, the second state to vote, often expressed bewilderment at Booker’s anemic polling numbers. He built up a long list of endorsements in both states and had what was by all accounts a strong organizing operation in Iowa.

Despite urging the Democratic field to refrain from attacking one another, he occasionally mixed it up with rivals, particularly Biden.

In debates, he assailed Biden for helping to pass a sweeping crime bill in the 1990s and for his stance on criminalizing marijuana, saying his policies disproportionately harmed the African-American community.

As the field thinned and candidates of color such as U.S. Senator Kamala Harris and former Housing Secretary Julian Castro dropped out, Booker was critical of the Democratic National Committee for fashioning debate rules he said kept diverse candidates from the stage.