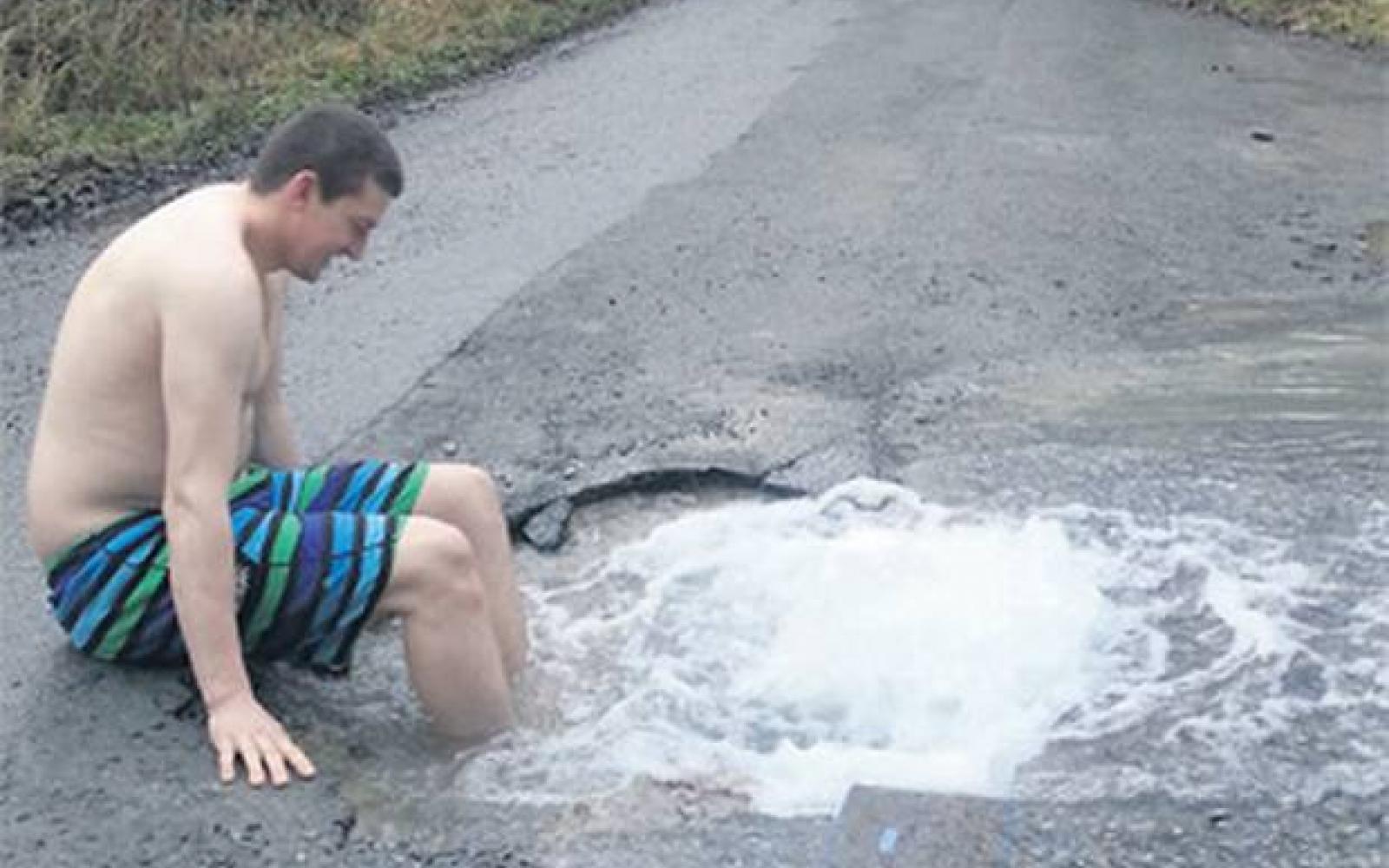 While Governor Larry Hogan and the National Park service argue about who is responsible for repairs made to the Baltimore Washington Parkway a real estate developer has proposed turning one of the larger pot holes into a community pool.

A bumpy and damaged stretch of the B.W. Parkway in Laurel, Maryland, remains a major problem for drivers even after the speed limit was lowered to make things safer.

Earlier this month, the park service reduced the speed limit from 55 mph to 40 mph between Maryland routes 197 and 32.

Still, vehicles are frequently seen pulled over to the side of the road with damaged tires.

The developer Samul Vinton says a pool would be the perfect way to fill in some of the pot holes as well as add new scenery to drivers commute.

"Most of the pot holes are already deep enough and wide enought to fit the requirements of an Olympic size pool, and many of them are already filled with water. We wouldn't have to do much at all"

Sen. Chris Van Hollen, D-Md., says he is also critical of the situation and that he looks forward to discussing the issue with the governor next week.

“It’s a totally unacceptable situation on the BW Parkway,” Van Hollen said. “It’s a dangerous situation and they need to address it immediately.”