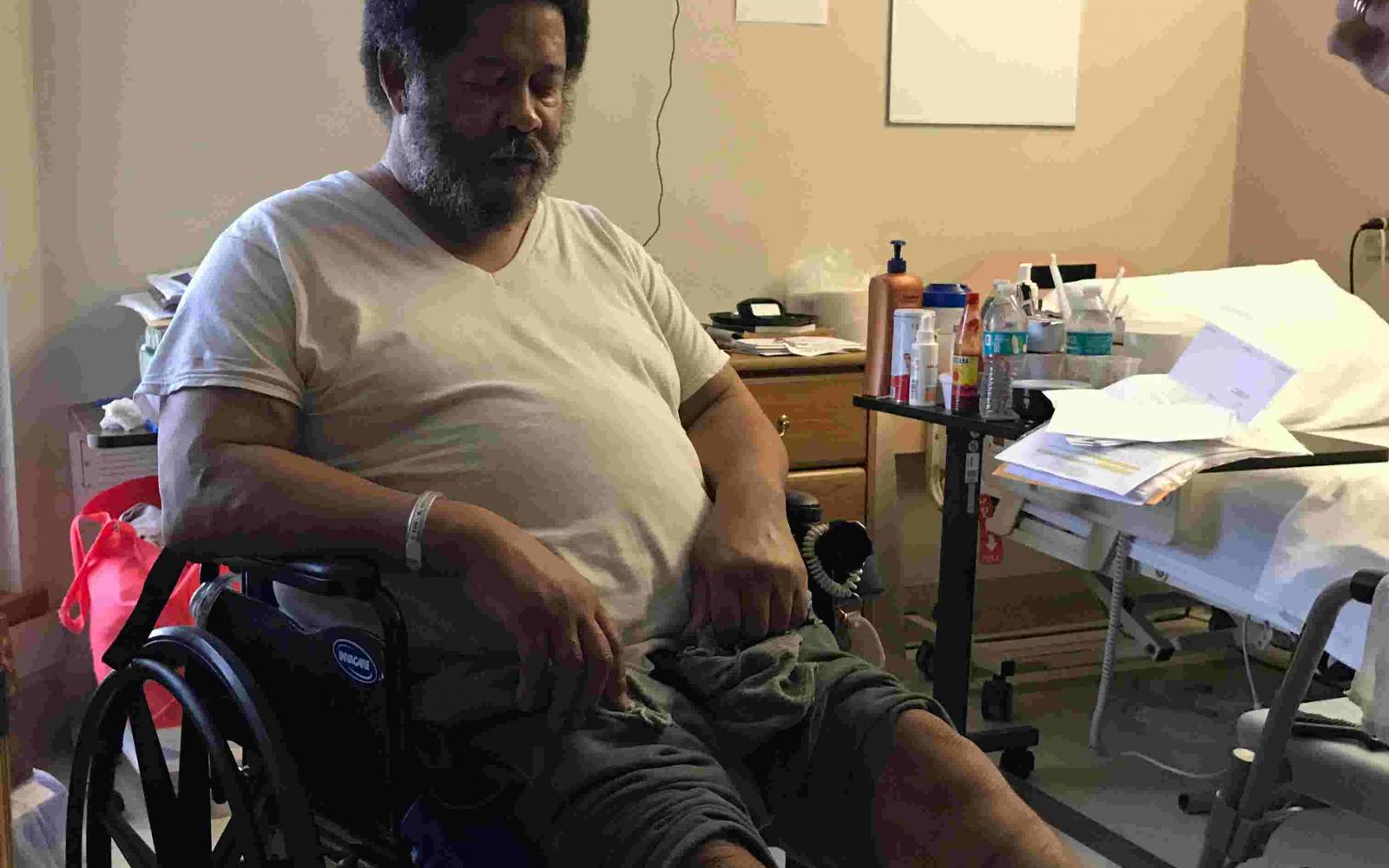 A decorated military veteran who served in Vietnam and Iraq has claimed that his prosthetic legs were taken away after the U.S. Department of Veterans Affairs (VA) would not cover the cost.

Jerry Holliman, 69, told the Clarion Ledger that he was in his room at the Veterans Home in Collins, Mississippi just a couple days before Christmas when a man walked in and took away his prosthetic limbs. According to Holliman, the VA said it would not cover the cost of the limbs, while Medicare said there'd be a copay required.

"Medicare did not send me to Vietnam," Holliman, who received Bronze Stars in both wars in which he served, told the Ledger in an article published Thursday. "I was sent there by my country...with the understanding that if something bad happened to me, that it would be covered by the VA."

The newspaper reported that Holliman received his prosthetics in August from the national company Hanger, which produces them. Holliman said, however, that after he received a few training lessons from Hanger staff, he was told the VA would not cover the cost and to check with Medicare.

According to Holliman, the Medicare paperwork said there would be a copay, and Holliman did not want to pay since he expected the VA to cover the costs in the end.

"This is their responsibility," he told the Ledger.

Holliman said that a man then came to him at the Veterans Home on December 23 and requested that he sign paperwork for Medicare. After Holliman refused, the man took away the prosthetics.

Matthew Gowan, a VA spokesperson, says that the claims were "highly misleading."

"VA's Prosthetic & Sensory Aids Service, which also has more than 600 local contracts with accredited orthotic and prosthetic providers, stands ready to deliver comprehensive support to optimize health and independence of our Veterans," he said "If eligible veterans do not wish to take advantage of these services, VA is unable to intervene and correct issues arising with personal purchases."

William C.F. Polglase, a press officer for the Centers for Medicare & Medicaid Services referred Newsweek to a website link outlining how Medicare covers prosthetic limbs when reached for comment.

"Medicare Part B (Medical Insurance) covers artificial limbs and eyes when your doctor orders them," the website information said. "You pay 20 percent of the Medicare-approved amount, and the Part B deductible applies." It also noted that the "specific amount" an individual would pay depends on factors such as: "other insurance you may have," "how much your doctor charges," "whether your doctor accepts assignment," "the type of facility" and "where you get your test, item, or service."

"Hanger Clinic does not take back prosthetic devices after final delivery to a patient has been made," Hanger spokesperson Meghan Williams told the Ledger. But she noted that "final delivery" of prosthetics would only be complete after "a patient has signed a verification of receipt that allows a claim for payment to be submitted to the applicable insurance payer."

Holliman's prosthetics were returned to him on January 2, after he met with a photographer and a reporter. He said that he still doesn't know why they were taken and then returned, but suspects it was because he reached out to the media.

However, adjustments are required as Holliman can't currently walk on the artificial limbs. He said the man who returned them said they would not be adjusted by Hanger until they were paid for.