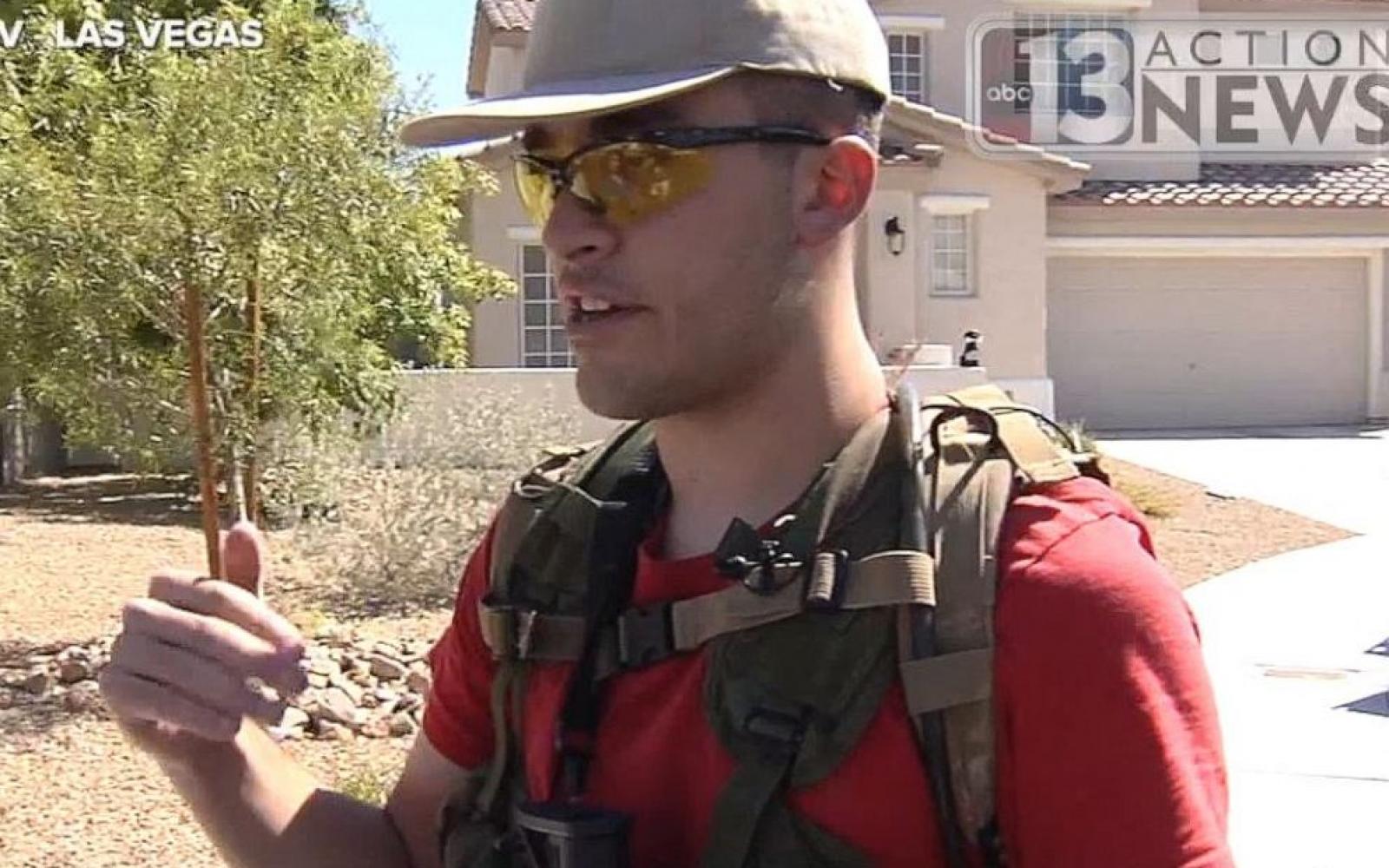 The FBI arrested and charged an alleged Las Vegas neo-Nazi with plotting to bomb a synagogue and gay club in the city on Thursday.

Conor Climo, 23, who worked as a security guard, allegedly was found to be in possession of bomb-making materials and was "communicating with individuals who identified with a white supremacist extremist organization using the National Socialist Movement to promote their ideology," according to the FBI.

The Las Vegas Joint Terrorism Task Force began investigating Climo in April, according to the criminal complaint, after it learned he was communicating with Atomwaffen Division, a white supremacist neo-Nazi group.

"AWD encourages attacks on the federal government, including critical infrastructure, minorities, homosexuals, and Jews," the complaint states. "AWD works to recruit like-minded members to the organization, train them in military tactics, hand to hand combat, bomb making, and other techniques in preparation for an 'ultimate and uncompromising victory' in a race war."

He also discussed a plan to burn down a Las Vegas-area synagogue on May 10, the complaint says. Then, 13 days later, the FBI began using their own undercover employee to talk online with Climo, during which he discussed building explosives and being "more interested in action than online s---."

In late June and early July, Climo discussed preparing for an attack and doing surveillance "in great detail" of a bar on Fremont Street in downtown Las Vegas he claimed "catered to homosexuals."

The complaint also makes mention of Climo's Quora account, a question-and-answer social media site, where he once quoted Adolf Hitler in discussing the "downsides of multiculturalism."

The FBI executed a search warrant at his home on Aug. 8 and found thermite, sulfuric acid, a soldering iron, circuit boards and other bomb-making components, according to the complaint.

He was arrested and admitted to agents he hated "African-Americans, Jews, and Homosexuals" and was planning on building an improvised explosive device.

"Threats of violence motivated by hate and intended to intimidate or coerce our faith-based and LGBTQ communities have no place in this Country," U.S. Attorney for the District of Nevada Nicholas A. Trutanich said in a statement. "Law enforcement in Nevada remains determined to use the full weight of our investigative resources to prevent bias-motivated violence before it happens. I commend our partners who identified the threat and took swift and appropriate action to ensure justice and protect the community."

The complaint also makes mention of a 2016 TV interview with Climo, conducted by Las Vegas ABC affiliate KTNV, in which he discusses patrolling his Centennial Hills neighborhood armed with an AR-15 assault rifle, large knife and 30 extra rounds of ammunition.

"If there is possibly a very determined enemy, we at least have the means to deal with it," Climo told KTNV three years ago.

Climo later told KTNV he was dropping the one-man patrol before it even became a regular occurrence.