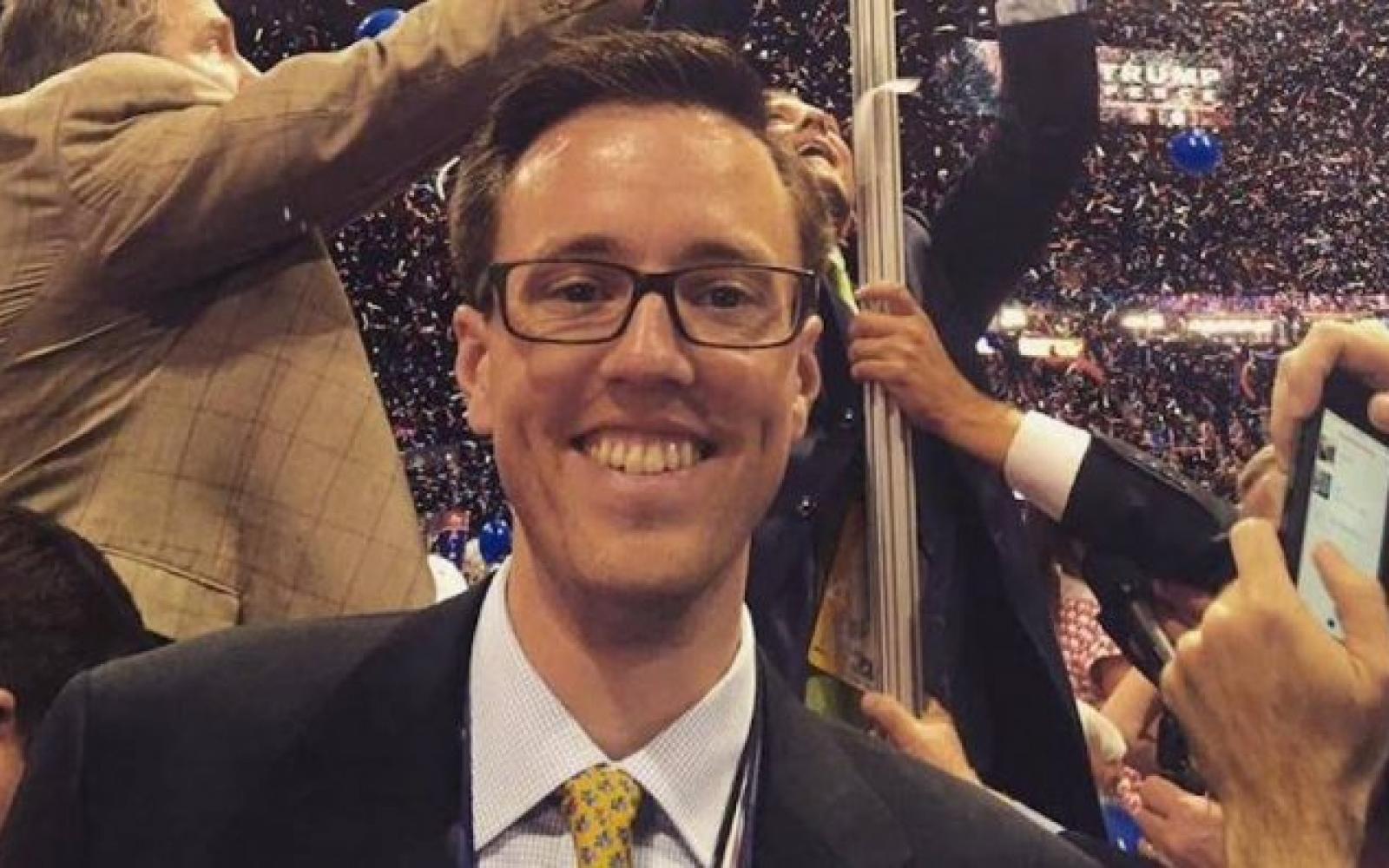 Donald Trump’s deputy press secretary Judd Deere has come under fire for some of the things he said in a recent BuzzFeed article.

Deere is an openly gay man who says nobody treats him differently at work because of his sexuality.

“I’m completely open about who I am,” Deere tells Buzzfeed News. “These individuals that I work with in this building don’t treat me any differently because I’m gay.”

The Arkansas native believes that Trump does support the LGBT community and his high-level position within the White House proves that.

As for hot button issues such as religious freedom, Deere appears cool about his personal thoughts. When asked about bakers who refuse to make cakes for LGBT events, Deere thinks the solution is simple.

One of his most powerful statements in the interview comes when asked about the trans military ban.

He said trans service members “erode military readiness” adding that it “was developed through extensive studies within the military by senior military officials.”

As for the Equality Act and Trump's opposition to it, Deere expresses that the anti-discrimination policy is "filled with poison pills.” He defends the president's stance, "He's been very clear that he's going to protect the conscience rights of all Americans."

Deere puts the blame all the way to the left,  “If the Democrats really want to work with us on passing the Equality Act, then they should actually work with the president.”

“The left tends to preach complete and total equality except for when you don’t agree 100% with them on every issue.”

He's not concerned with people who criticize him for working under Trump.

“They’re going to say that I’m helping the enemy,” he said. “That’s because I don’t agree with them 100% on all issues–they think that I’m in the wrong because I’m a Republican who also happens to be gay.”

He ends the interview saying it's okay; his detractors can get mad at him, “I don’t go into a dark depression because somebody hates the person I work for, or wants to get upset at me because they think I’m crazy for working here, because it just doesn’t matter to me.”