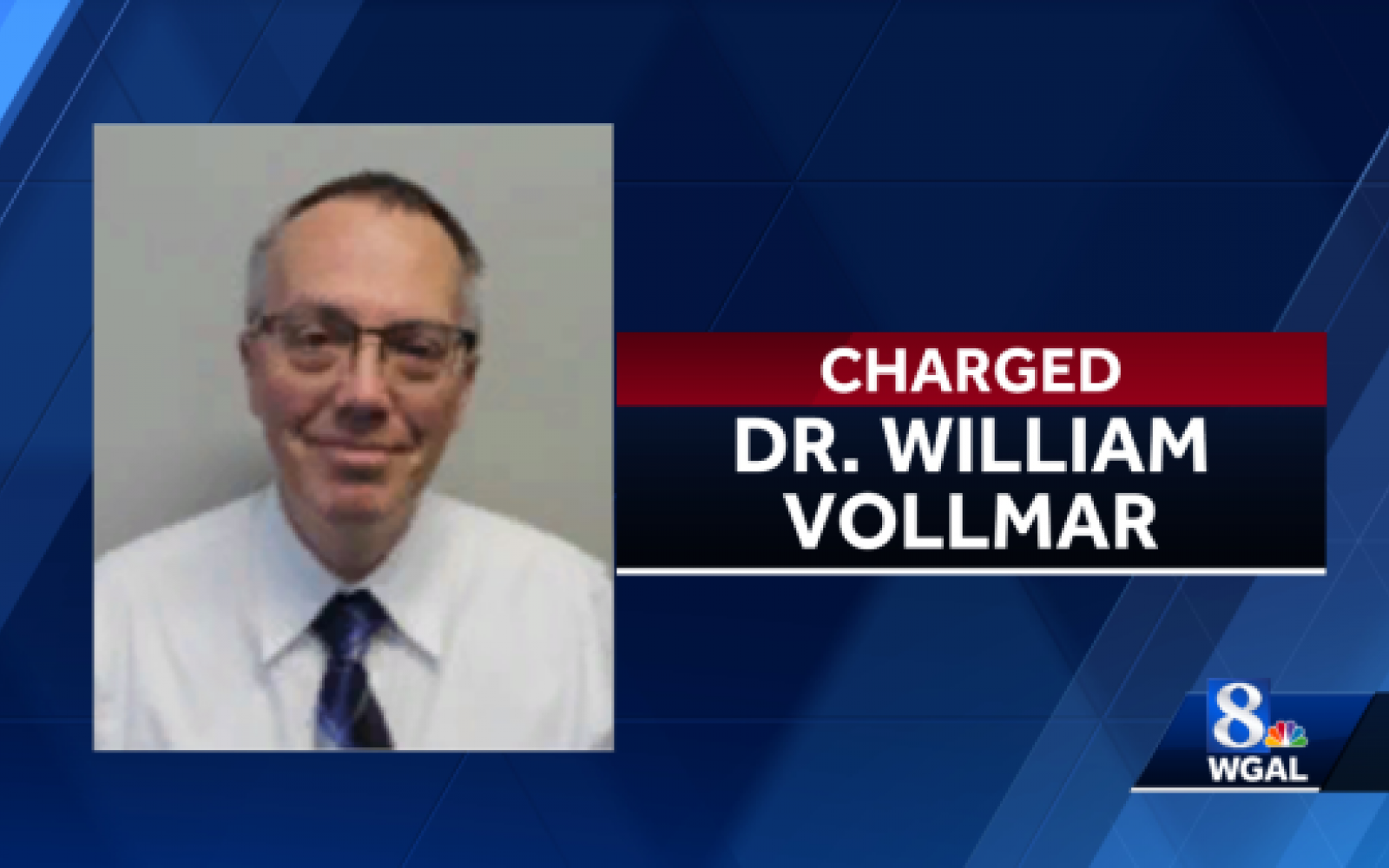 A Pennsylvania doctor has been charged with indecent assault after police say he inappropriately touched a male patient while treating his ankle injury.

Dr. William Vollmar, 56, was charged Wednesday after an incident that occurred March 14 at a sports medicine clinic in Quarryville. The victim reported the incident on Monday, state police said.

According to police, the victim said he texted Vollmar to arrange an after-hours appointment to treat his injured ankle. He and Vollmar met at about 7:30 p.m. at the clinic and went into an exam room, where Vollmar began checking the victim’s ankle. After about 5-10 minutes, the victim reported, Vollmar asked the victim if he wanted to be “worked on,” which he understood to mean chiropractic work and soft-tissue massage on his back, neck, shoulders, legs, and hips. Vollmar had performed this work on the victim before, and it had always been done professionally, the victim told police.

Police interviewed Vollmar Tuesday, where he allegedly told officers the incident was “a huge misunderstanding, mostly on my part.”

Vollmar said while he was manipulating the victim’s hips, he thought the victim was revealing interest in more than a massage, so Vollmar “touched his penis.”

When asked if the victim ever gave him permission to touch his penis, Vollmar said no, police said.