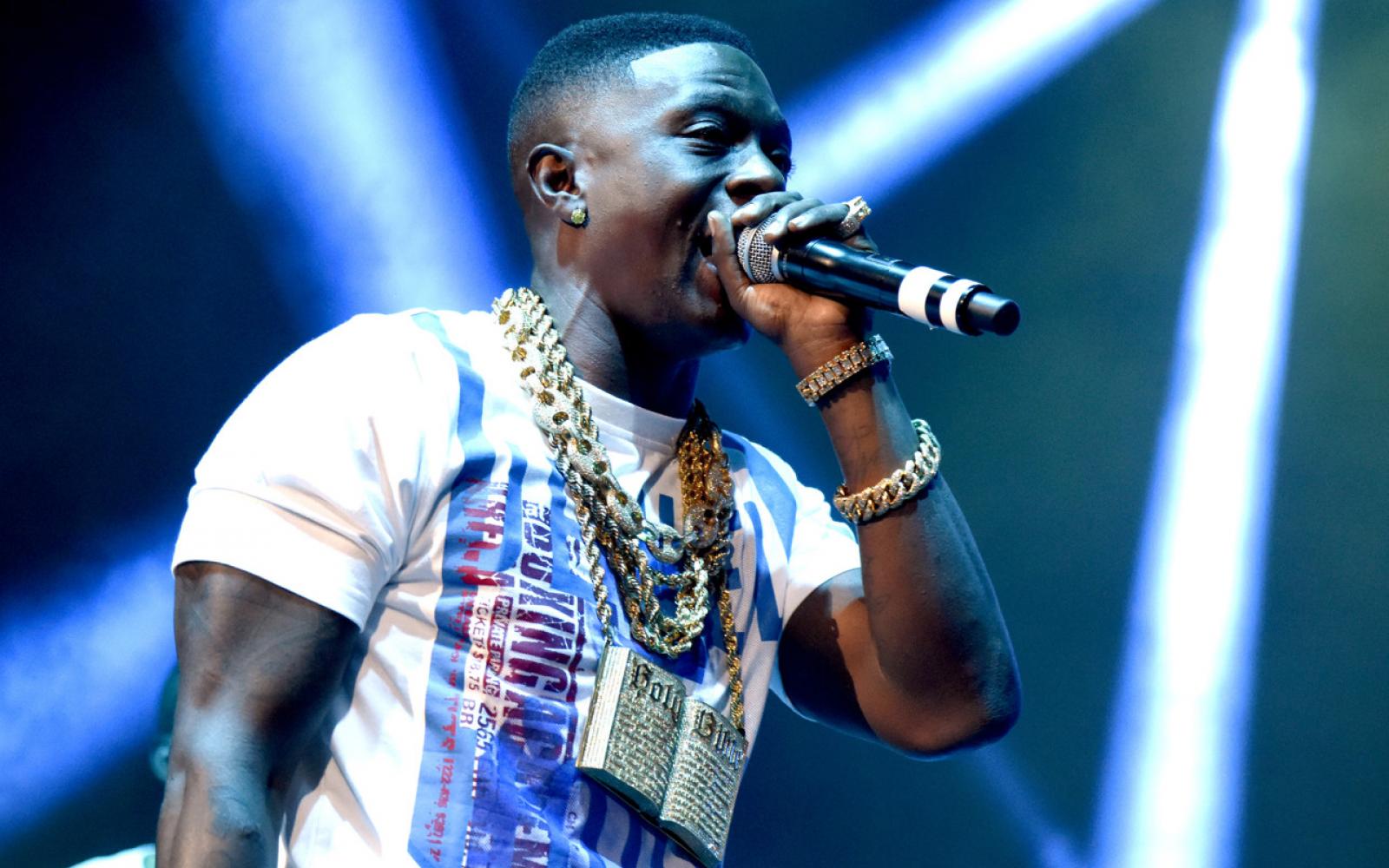 Boosie Badazz bragged about allegedly orchestrating a sexual assault on his own family.

The Baton Rouge, Louisiana-based rapper took to Instagram Live to deliver a disturbing, expletive-filled rant. “Hell yeah, I got my f–king son d–k sucked,” says Boosie, whose real name is Torrence Hatch Jr., in a 57-second clip that has since been posted to Twitter.

This is the latest in a series of shocking statements made by the father of eight, which have some calling for his kids to be taken away, citing child sex abuse.

In 2017, the “Set It Off” rapper posted a birthday message to his son, also named Torrence, then 14. The caption in part read, “got a bag for you n a bad bitch to give u some h–d.”

In Louisiana, it is illegal to solicit sex workers, and for anyone over the age of 17 to engage in sex, including oral sex, with anyone under that age. But Boosie, who referred to the sex workers he hired as “super grown,” seems to admit to these crimes. “They should call CPS on this foolish man,” wrote one Twitter user in the comments.

Earlier this year, Boosie came under fire for attacking Dwyane Wade’s 12-year-old daughter, Zaya, who is transgender. “Don’t cut his d–k off, bruh,” fumed Hatch to Wade in an Instagram video, adding, ”You’ve gone too f–king far.” Boosie, who was released from prison in 2014 after doing time for drug charges, filmed the video in a Planet Fitness in Georgia. He was later kicked out of the gym for harassing staff.

He’s made homophobic statements in interviews, too. In 2015 he bemoaned “gay s–t” on television in a since-deleted Instagram post, according to Complex.

One claim he denies? The rumor that he beat up George Zimmerman — the man acquitted of the 2012 killing of Trayvon Martin, 17 — in a Walmart parking lot, a bizarre idea that circulated last year.

“Service announcement from Boosie. I never seen George [Zimmerman] in my life [except] on TV,” he said in a video on Instagram. “This is a lie. Leave me alone.”