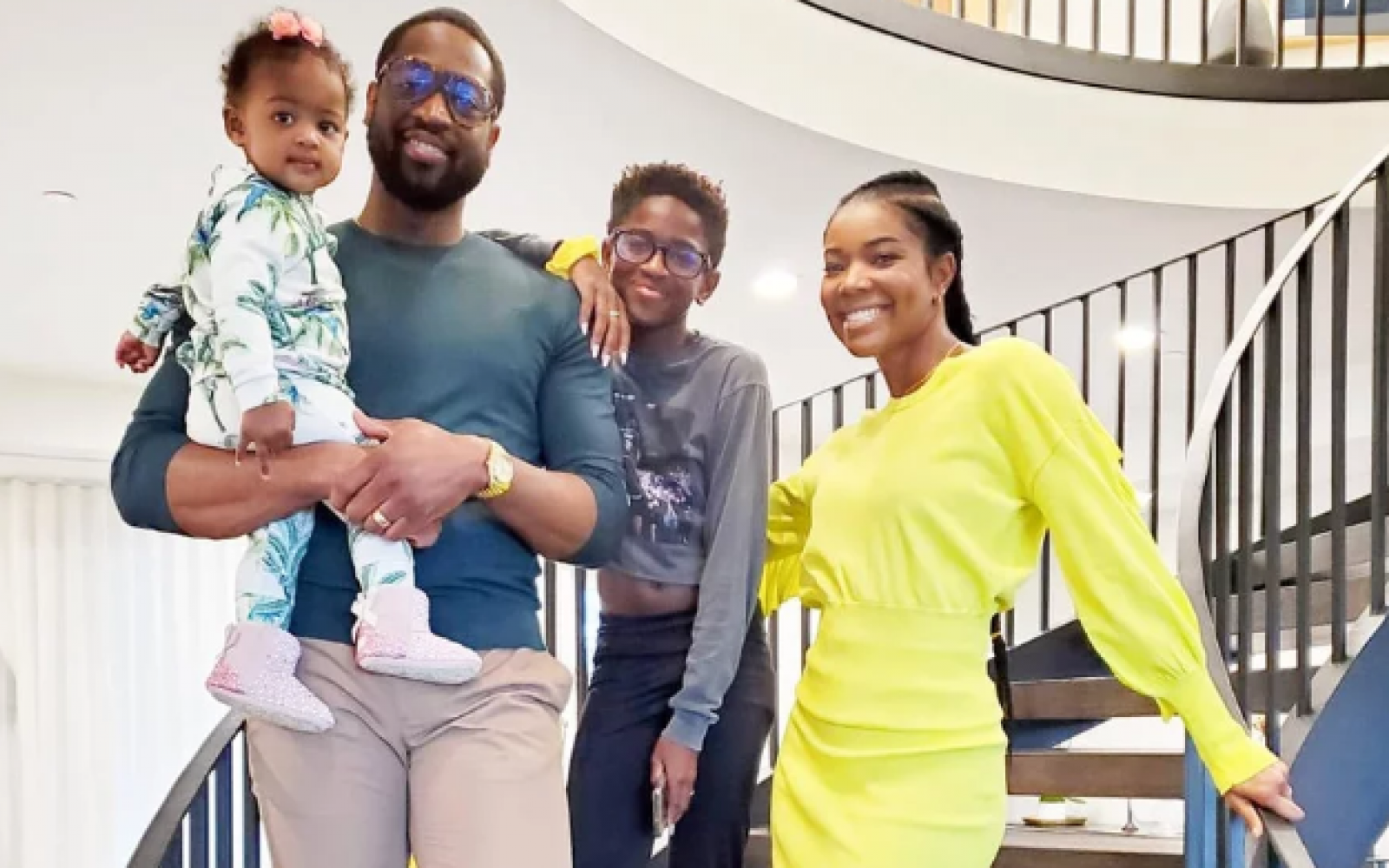 Dwyane Wade will always stand by his family.

The former Miami Heat player, 37, spoke out on Twitter in response to “some post-thanksgiving hate” over a pair of family photos that wife Gabrielle Union posted on Instagram earlier this week, in celebration of Thanksgiving.

In the images, the actress, 47, poses alongside husband Wade, their daughter Kaavia James and Wade’s second-youngest child Zion Malachi Airamis, who can be seen resting a hand on Wade’s shoulder, showing off some long nails as well as a slightly cropped top.

In response to objections by some social media users over the way Zion was dressed, Wade fired back online, addressing the “stupidity” on Twitter.

“I’ve seen some post-thanksgiving hate on social about my family photo. Stupidity is apart of this world we live in—so I get it. But here’s the thing—I’ve been chosen to lead my family not y’all. So we will continue to be us and support each other with pride, love & a smile!” the retired NBA star wrote.

Wade, who has also been a source of support to his wife in the wake of her recent and controversial departure from America’s Got Talent, went on to respond to several other social media users, who praised the couple for “embracing” their children.

“Idk if @DwyaneWade & @itsgabrielleu know how POWERFUL & MOVING it is that they’re embracing their son’s individuality. (Damnit I’m crying) In our community, being given autonomy over your body, beliefs, image, & statements as a child isn’t a thing. That child is free & happy,” one fan wrote.

“As a parent my only goal is that my kids feel that I see them, love them and support them,” Wade wrote in response, replying to another message about how he was “setting the example of a Black father loving and accepting their children as they are” with a 100 emoji.