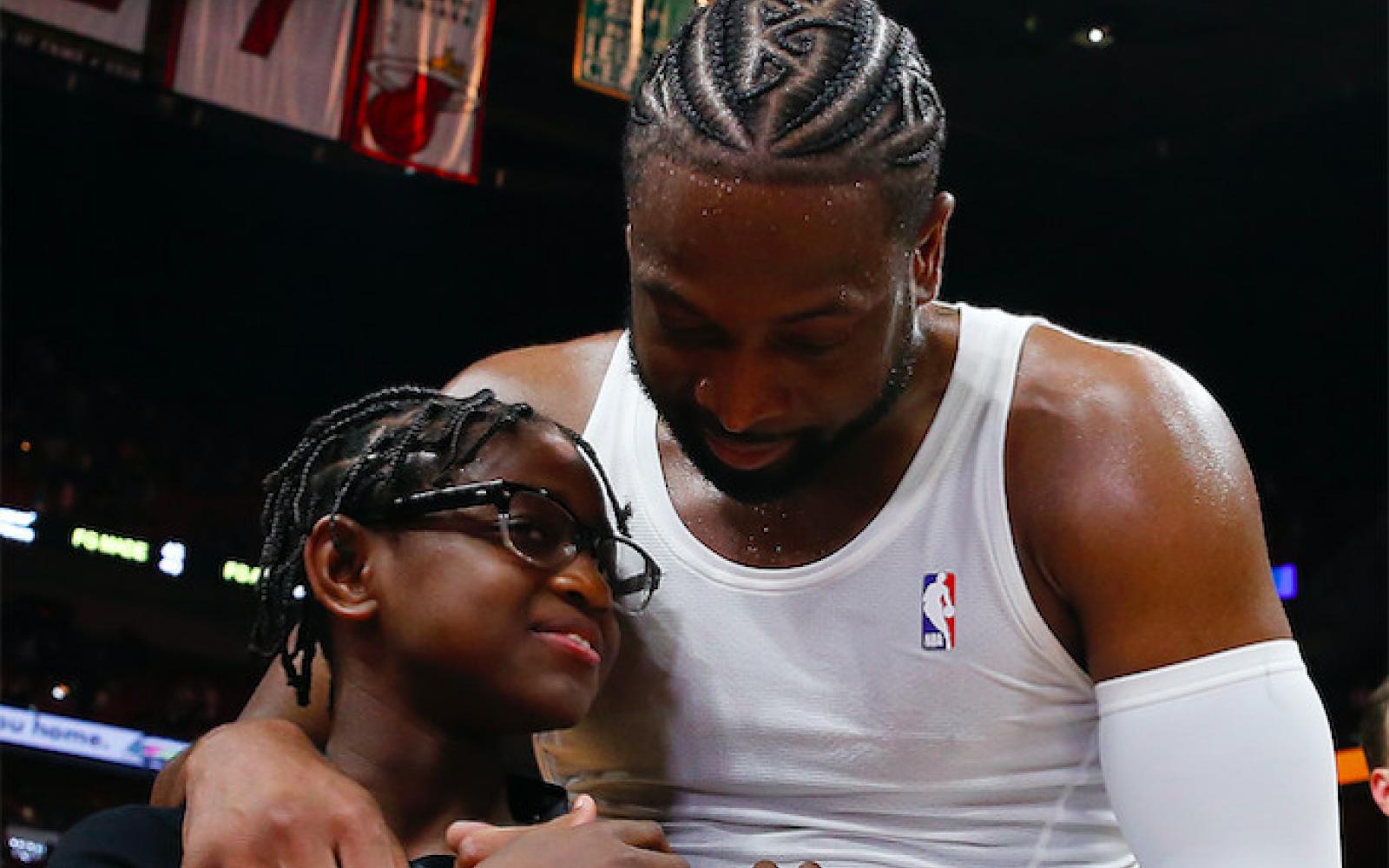 Matt Barnes asked Dwyane Wade straight-up what it's like raising a gay son coming from a hyper-masculine NBA background ... and what D-Wade says is powerful stuff.

Dwyane and his wife, Gabrielle Union, have been publicly supportive of 12-year-old Zion (Wade's son from a previous relationship) over the past year ... even taking him to a Gay Pride Festival in Miami Beach last April.

So, when Wade appeared on Stephen Jackson and Barnes' "All The Smoke" podcast this week ... Matt asked Dwyane about his approach to parenting a gay son.

That's when Dwyane delivered a powerful message ... saying Zion essentially forced him to learn about accepting people for who they are.

"I had to look myself in the mirror when my son at the time was 3 years old and me and my wife started having conversations about us noticing that he wasn't on the boy vibe that Zaire [Wade's other son] was on," Wade said.

Wade says that conversation with himself wasn't easy ... the 37-year-old told Barnes and Jackson he grew up "ignorant" and had to lean on his wife to open his eyes.

"I grew up with the same perspective as a lot of these people out here that's a little ignorant. I grew up with a similar perspective," Wade says. "And, you meet people along the way that help you take those glasses off and put on some different ones. Look through life through a different lens. That's what my wife has been able to do. So, it's been cool."

Wade has been very vocal in defending his son and his family from critics ... and he tells Barnes and Jackson he feels a duty to be a voice for others who can't speak up the way he can.

As for how his son is handling it all ... Wade said, "You want to talk about strength and courage? My 12-year-old has way more than I have."

"You can learn something from your kids."