Dying Veteran Gets Final Wish: To Spend His Last Moments With His Dog 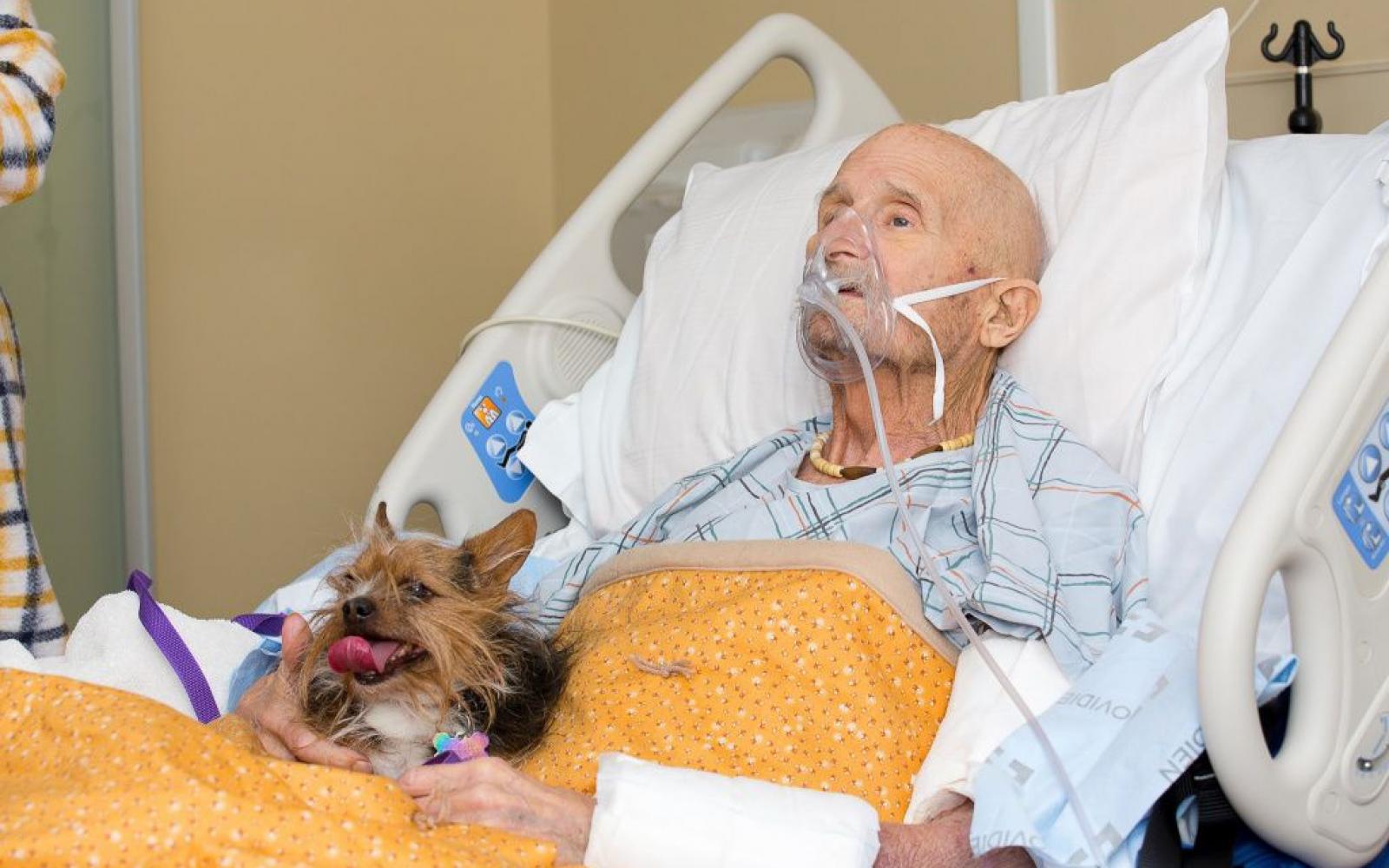 After being placed into hospice care last week, a dying veteran wanted nothing more than to spend his final moments with his beloved dog.

John Vincent, a 69-year-old Marine who fought in Vietnam, was admitted to the Hospice Center at the Raymond G. Murphy Veteran Affairs Medical Center and was forced to give up his 6-year-old Yorkshire Terrier mix named Patch, Albuquerque Animal Welfare shared on Facebook.

Vincent has no family in the Nex Mexico area, so when he fell ill, he had no one to call on to care for his furry companion.

Knowing he didn’t have much time left, Vincent expressed his final wish to palliative care social worker Amy Neal — he wanted to say goodbye to Patch.

Neal made Vincent’s request known and that’s when Albuquerque Animal Welfare (where Patch had been placed) took action.

On Friday, Albuquerque Animal Welfare revealed in a sweet post on Facebook that they had made Vincent’s wish come true.

“Yesterday was a special day for a Veteran named John Vincent and his beloved dog Patch,” the shelter wrote.

“John Vincent may not have much time left said, Amy Neal, a palliative care social worker and he had only one request. Vincent wanted to see his dog one last time.”

“Yesterday, we were able to make their final reunion happen.”

Along with the statement, the shelter shared a series of photos of Patch excitedly cuddling up to Vincent one last time.

The pooch sweetly licked his ailing owner as Vincent held on to him tightly from his hospital bed.

“It was such a heartwarming moment,” Albuquerque Animal Welfare said. “They were so happy to see each other and say their goodbyes. It was an honor to make this veteran’s final wish come true.”

Adam Ricci, chief of field operations at the city’s Animal Welfare Department, further opened up about the reunion, telling CNN, “It was an immediate ‘yes’ from us.”

“So, we worked with the VA to get things organized,” Ricci told CNN.

He explained to the outlet that Patch and Vincent were able to spend the entire day together.

Now, Albuquerque Animal Welfare said that Patch is currently at their Westside Animal Shelter waiting to be placed with a new family and that he already has an “interested adopter.”