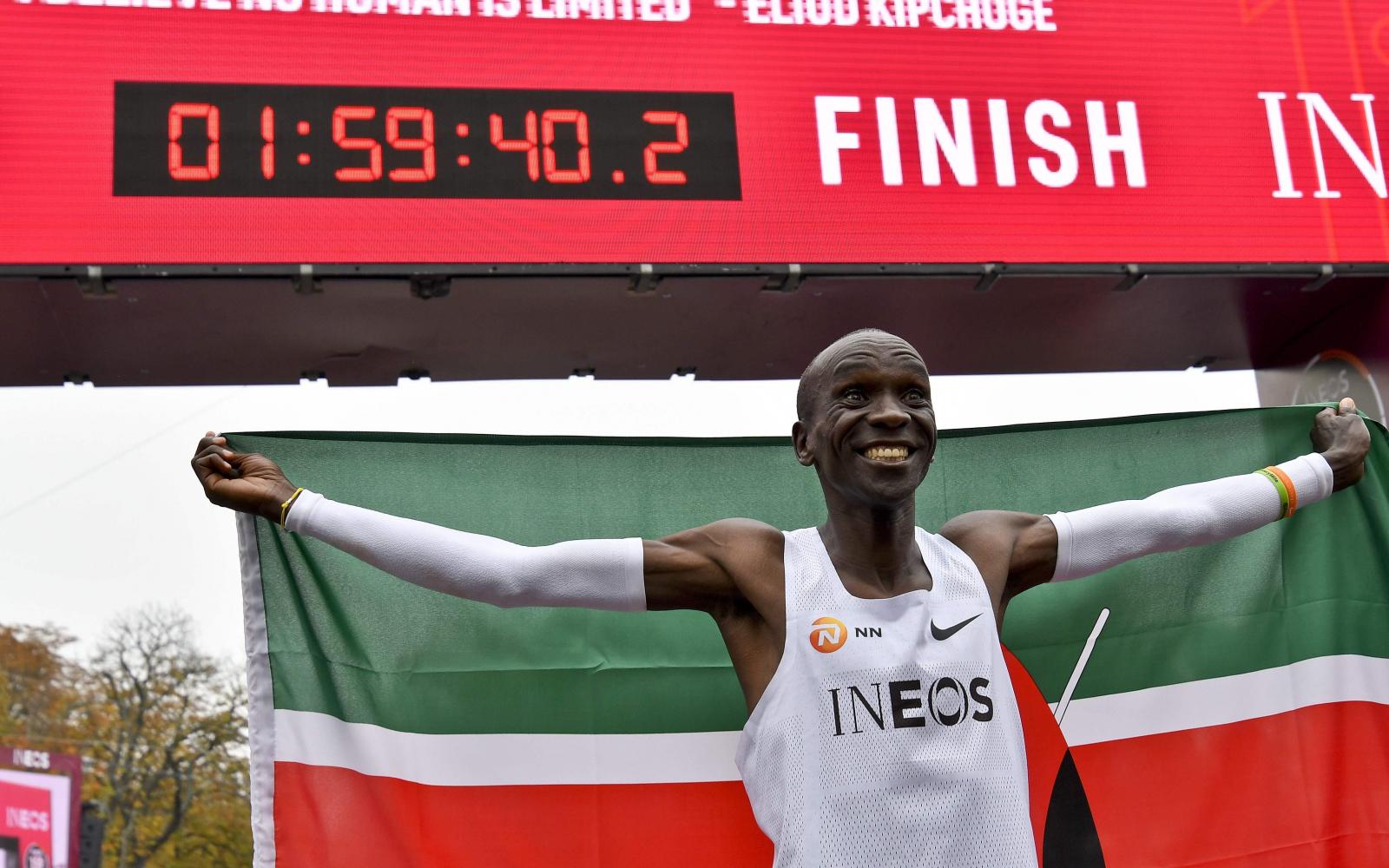 The event, the INEOS 1:59 Challenge, was specifically designed for Kipchoge’s record-breaking feat. The course was designed to maximize speed and Kipchoge had the help of 41 pacesetters.

People gathered in Kipchoge’s hometown of Eldoret, Kenya to watch him break the record, and they went crazy in the streets.

“This shows no one is limited,” Kipchoge said to the BBC. “Now I've done it, I am expecting more people to do it after me.”

Kipchoge added that it was the best moment of his life, with a lot of pressure on his shoulders. He received a call from Kenyan president Uhuru Kenyatta afterwards.

“Hearty congratulations, Eliud Kipchoge,” Kenyatta said in a statement. “You've done it, you've made history and made Kenya proud. Your win today will inspire future generations to dream big and aspire to greatness. We celebrate you and wish you God's blessings.”

The feat, though, won’t count as an official world record by the International Association of Athletics Federations (IAAF) because of the conditions and the help of pacesetters. This event, though, seemed to exist more for the purpose of breaking the two-hour mark than setting the world record — which Kipchoge already holds, by the way. The 34-year-old ran the Berlin Marathon in 2:01:39 last year and then ran it in 2:02:37 in April, the two fastest official marathon runs in history.

Kipchoge and his team had a goal to run the marathon in 1:59:50. They shattered that by 10 seconds. It was Kipchoge’s second attempt at the two-hour barrier; he had unsuccessfully tried to break it in Monza, Italy in 2017.

The two-hour mark, considered the “last great barrier” in running after Roger Bannister ran a mile in under four minutes in 1954, requires a 4:34 mile pace or better. Kipchoge came in at 4:33.5 minutes per mile. Kipchoge compared the feat to going to the moon.

“I am feeling good. After Roger Bannister it took another 65 years to make history,” he said. “Now I’ve gone under two hours to inspire other people and show the world nobody is limited.”