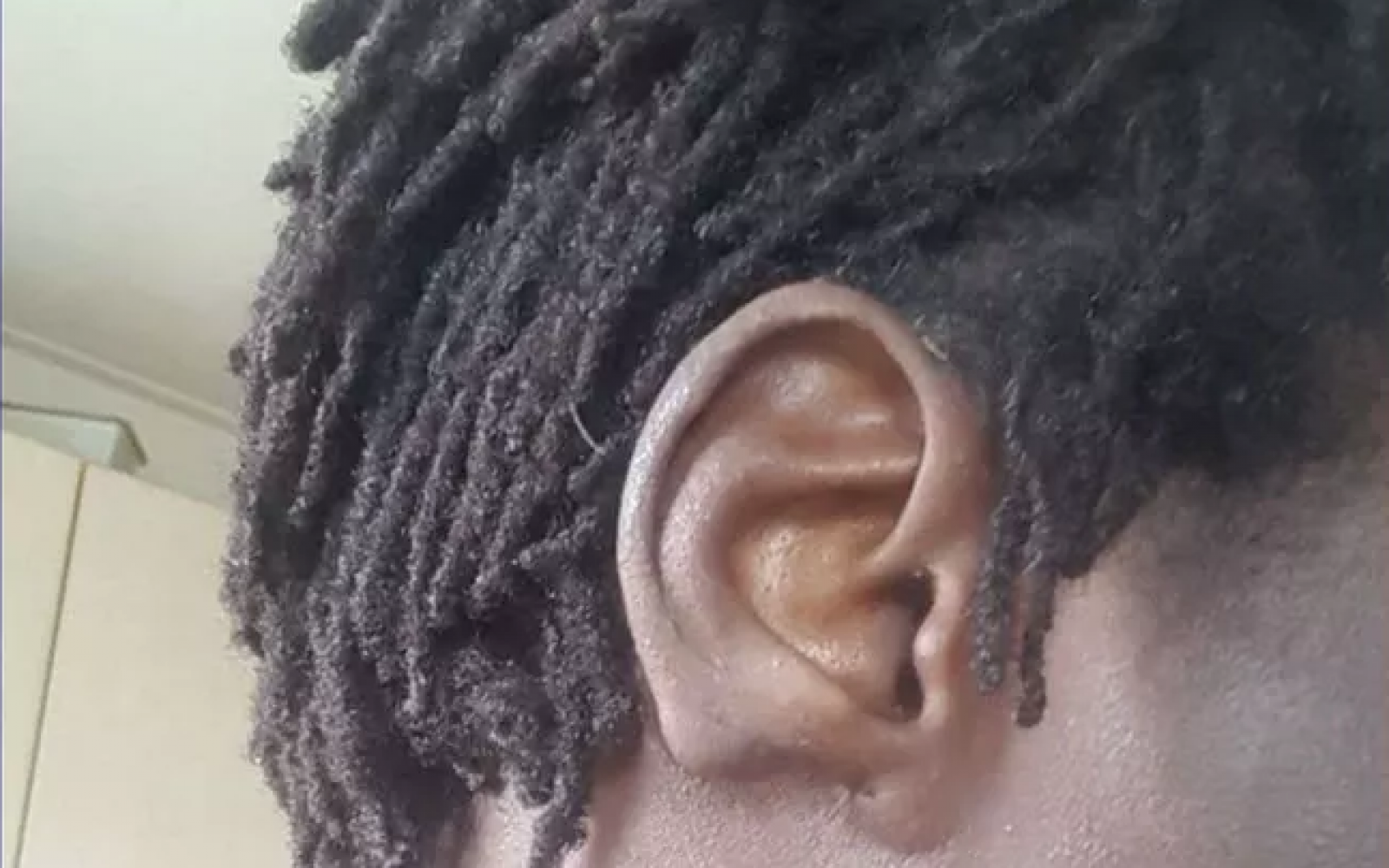 A 19-year-old gay man said he's terrified to go back to his home country after his father cut off his earlobe.

The teen, who has only been identified as “Modou", is from The Gambia and is trying to get asylum in the The Netherlands.

Homosexuality is punished with life imprisonment in The Gambia. Former President Yahya Jammeh threatened to ‘cut the heads’ off any LGBTI person.

‘I was so afraid to tell my family about my sexuality,’ Modou said to Gay Star News.

At 15, he was discovered in bed with another boy. The boy, afraid for his life, told his family Modou attacked him to save face.

‘I couldn’t lie,’ Modou adds. ‘I thought, maybe, my family will accept me because I am their family.  This is who I am.

‘That was the biggest mistake I ever made.’

His family informed the police in his village in western Gambia. Modou’s father took him into a locked room and ‘marked’ him.

His father moreover took a razor blade and sliced part of his ear off to ‘mark’ him as an abomination.

‘It was the most painful thing in my life,’ Modou also said. ‘The worst thing is they didn’t take me to hospital or give me medication.

‘They just locked me inside a room as I tried to stop the bleeding. I also remember every moment like it was yesterday.’

Modou is from an ethnic group that has a history of ‘marking’.

Certain ethnic groups in The Gambia mark their children so they can be identified. For example, some might receive a mark on their cheeks, around the eye area or on their back. This used to be a popular practice.

But this mark, removing the earlobe, Modou says is reserved for gay people and pedophiles.

‘I was marked as an abomination,’ he added to GSN. ‘I thought I would just stay home – be a recluse. It is not accepted in the Bible or the Quran.’

Modou said his life was threatened and he was nearly beaten to death.

‘Everyone could see it,’ he remembered. ‘I could be beaten to death and I would not be missed.’

A few months later, he traveled to Leiden, in the south of the Netherlands. His uncle, who is still unaware of his sexuality, lives there.

‘My uncle is a Muslim and they don’t accept it,’ he said. ‘I just want to finish school and live a free life.’

Modou is receiving support from Cleerdin and Hamer Advocates, a legal group assisting with the case.

Three years after fleeing, he is terrified of being deported back to a place he fears he will be killed.

Musu Bakoto Sawa is a human rights defender and lawyer in The Gambia.

She told Gay Star News: ‘Gay people in The Gambia are ostracized. There are anti-gay laws in The Gambia with strongest punishments attached to it. I will also not be surprised if part of his ear cut off by his family because he is gay. There is a lot of hostility against the LGBTI community in The Gambia. These, amongst other things, are likely to happen to members of this community.’