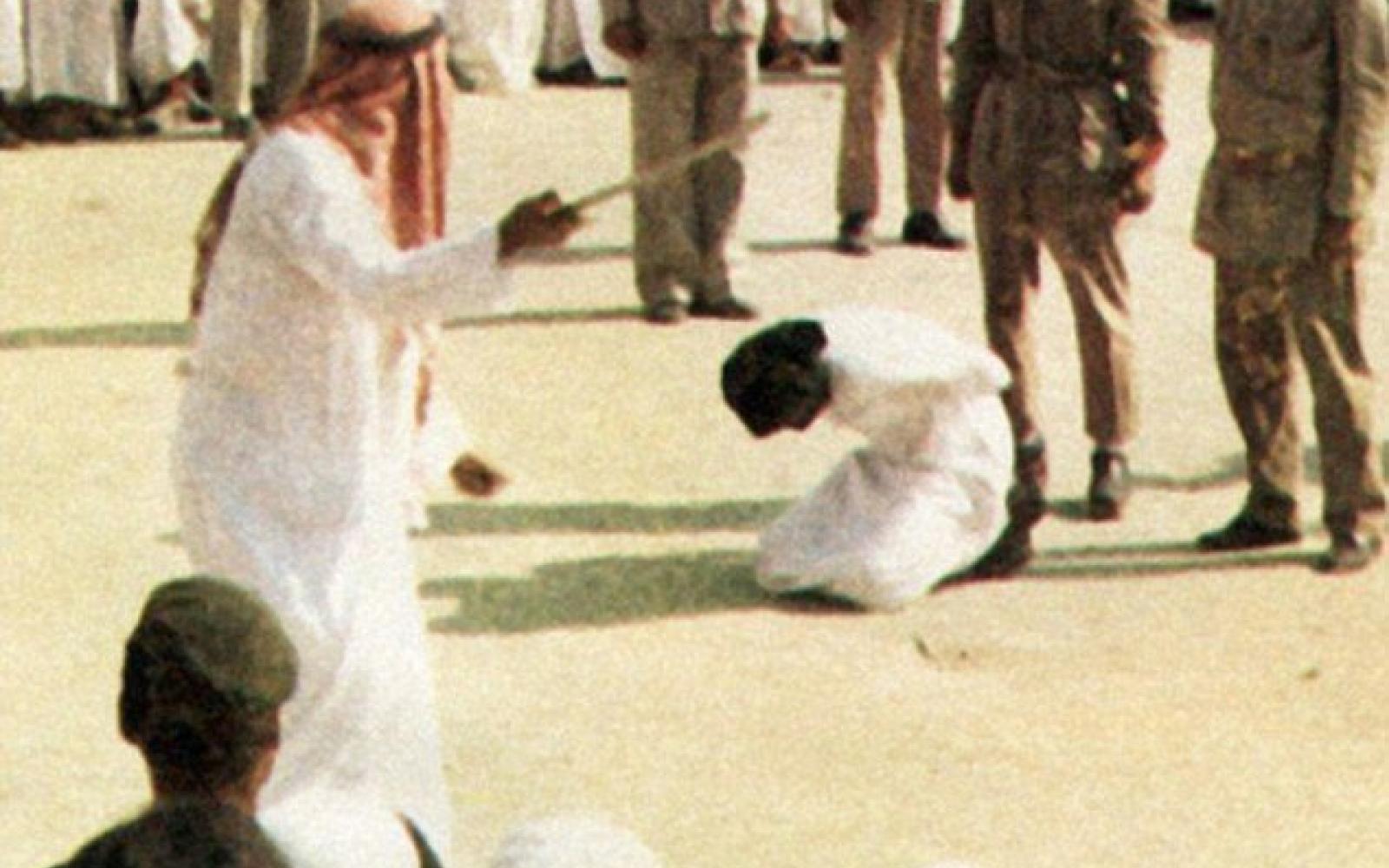 Five of the 37 men beheaded by Saudi Arabia were gay, according to a confession heard by the Sharia law court. The country sparked outrage several days ago for the mass execution of the men, who were mainly minority Shia Muslims.

Human rights groups have complained that confessions of terrorism and spying for Iran were obtained through torture. Now it has emerged that one of the men allegedly admitted to having sex with four of his co-accused ‘terrorists.’ Homosexuality is punishable by death in the Gulf State, ruled over by King Salman.

A court document obtained by CNN states sees the man allegedly confess to gay acts and hating the majority Sunni sect. It states: ‘He said that he did all this because he belonged to the Shia sect and because he was against the Sunni sect and because of his hate for the state and its men and its security forces.’ The unnamed man had denied any charges against him and his lawyer claimed the confession was a fabrication.

The executions were carried out on Tuesday in the cities of Riyadh, Mecca and Medina. One of the prisoner’s had his body and severed head pinned to a pole in a public square. The deaths were said to act as a warning to others and also a political move to impress the USA. However, there are doubts about many of the cases against the men.

Among those executed was Shiite religious leader Sheikh Mohammed al-Attiyah. He had preached for peace and spoken of the need for Shiites to work with Saudi Arabia’s Sunni majority. Another was Mutjaba al-Sweikat, who was 23 at the time of his death. He was arrested when he was 17 at the airport as he headed to the USA to study at university.

Campaigners say he was severely beaten all over his body before ‘confessing’ to the crime of attending a protest in 2012.

The youngest to die was Abdulkarim al-Hawaj, 21, who was accused of spreading information about protests on whatsapp. He was arrested when he was 16 and denied a lawyer. It is illegal under international law to put anyone to death who was under 18 at the time of the alleged crime yet another three minors remain on death row.

Human rights group Reprieve say al-Sweikat and al-Hawaj were held in solitary confinement and their convictions based on ‘confessions’ which were extracted under torture.

Another man executed was Hussein Mohammed al-Musallam. He told the court: ‘Nothing in these confessions is correct and I cannot prove that I was forced to do it. ‘But medical reports show the effects of torture on my body.’ The United Nations has condemned the beheadings, questioning whether the men would have received fair trials under the ultra-conservative regime. The deaths are the largest mass executions in the kingdom’s history and likely to stoke tensions between rivals Saudi Arabia and Iran.

King Salman came to the throne in 2015 and has asserted a strong and more decisive leadership style. The kingdom and its Sunni-led Arab allies have also been emboldened by U.S. President Donald Trump’s unwavering dedication to pressuring Iran’s Shiite clerical leadership.

Saudi Arabia’s supreme council of clerics, who are all ultraconservative Sunnis, said the executions were carried out in accordance with Islamic law. The government defends such executions as a powerful tool for deterrence. It brings the number of people executed since the start of the year to around 100, according to official announcements.

Last year, the kingdom executed 149 people, most of them drug smugglers convicted of non-violent crimes, according to Amnesty’s most recent figures.