Florida Sheriff: "Blacks Should Learn To Act Like White People In Order To Stay Alive" 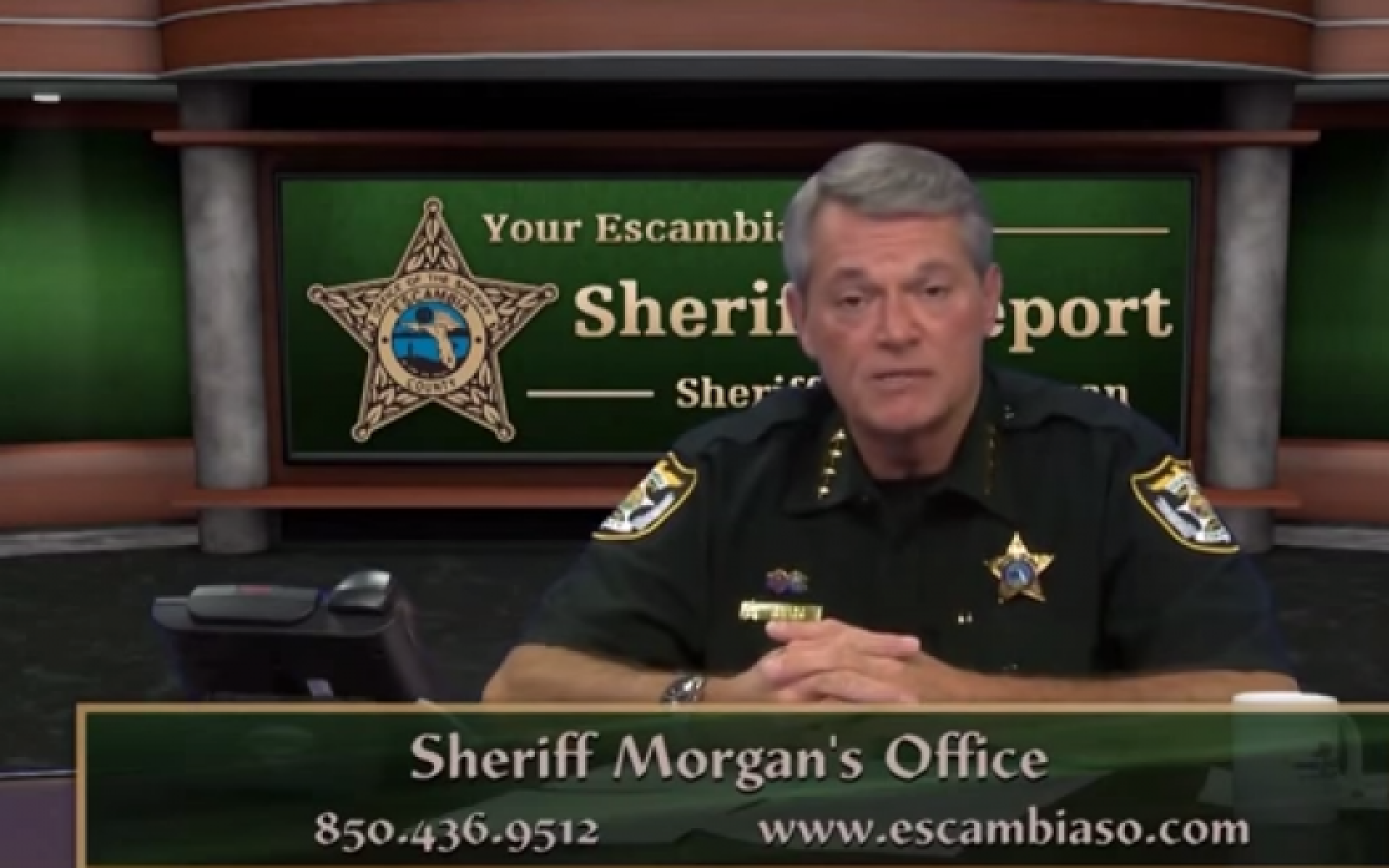 Escambia Sheriff David Morgan believes that part of his job description includes teaching black people how to be good citizens.  During a YouTube video, Morgan explained that the job of African-Americans in this country is to mimic white Americans whenever possible.

As such, Morgan explained that since his family is Welsh but he doesn’t refer to himself as a Welsh-American, neither should blacks call themselves African-Americans. We are all Americans, he says, and blacks should get in step with him.

“First off, let me take issue with the title of ‘African-American,’” he began. “We’re Americans.”

Morgan, who deems himself an expert on minority issues, even though he’s probably never read a book by a black scholar, or a book on poverty in America for that matter, says most issues in the black Escambia community are “perceived” as opposed to real.

The good sheriff goes on to deny the existence of racism because….. Obama.

“The statistics are that, if we’re such a racist nation, why do we currently have an African-American president?”

The problem isn’t racism, Sheriff Morgan says, but the acceptance of “thug culture” among blacks.

He described black on white crimes and asks,“Where’s the public outrage in that?”

In earnest, there’s always outrage in communities when anyone is killed, but statistics show that nearly 84 percent of white victims were killed by white offenders.

The self proclaimed expert on blackness then calls on the black community to“bring back the training of character and integrity to our community because we have raised an asocial generation.”