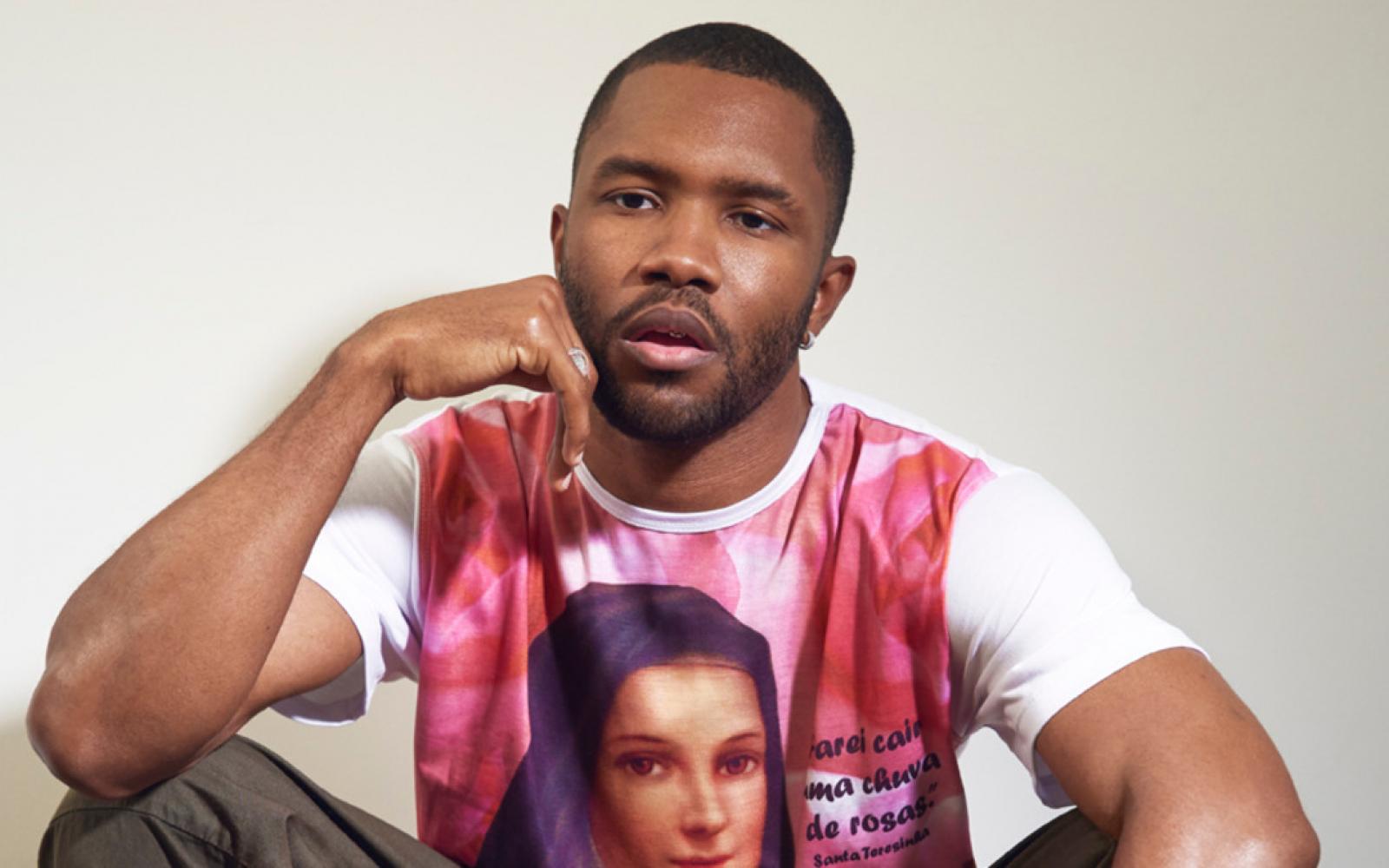 The last few months have seen Frank Ocean slowly but surely let fans into his world. In November, he finally made his Instagram public; he then followed that up with an interview with GQ magazine in January. The R&B singer is back in the spotlight today as the cover star for the new issue of Gayletter.

In the magazine’s corresponding interview feature, Ocean spoke at length about a number of subjects, including his public persona, the impact of social media, his dating status, and his favorite TV shows. Of particular note are his thoughts on the music industry, especially with regards to the record label drama surrounding his pair of 2016 albums, Endless and Blonde.

Because of his lack of press over the years and his sparse social media presence up until last fall, Ocean has earned an air of elusiveness. It’s all a misconception, though:

“I think the whole idea of me as a recluse is absurd ’cause I’m in the streets like all the time,” he said. “I’m outside all the time, I’m traveling the world all the time. It’s funny to me that that’s the perception, but I understand what people mean by it in this new paradigm.

I don’t know if it’s [him granting more interviews, being more public] terribly calculated, but I’m just trying to put myself more into whatever kind of stream is going on here in culture.”

He suggested that social media — and it’s 24/7 cycle of content — is likely the reason why it seems he’s purposely staying hidden from the public eye. “The social media thing is kind of amped up,” he said. “One could argue that people don’t actually get information more than half the time. They browse information. I don’t know if they really ingest it.”

While discussing the launching of his own magazine, Boys Don’t Cry, Ocean addressed a bit of the drama related to his contract with Def Jam. As the story goes, Ocean dropped Endless in order to finally fulfill his deal with the record label; Blonde, as a result, was able to be a self-released project all his own:

“It [Boys Don’t Cry] was at the same time the records [Endless and Blonde] were being worked on, and in the same timeframe I was trying to close out this label situation I had going on. And also my Apple deal, which all eventually happened. Some of those things — particularly the Universal thing [Universal owns Def Jam, his former label] — was taking forever. So we kept working on the magazine with everyone, all the graphic designers, all the photographers, the illustrators, the art directors, stylists and makeup artists, all their agents — love them too. [Laughs] I was so high-strung over the record and all the business shit around it, the magazine was a reprieve. It stopped me from feeling like my life was on pause because of those things. It made me feel like my life was very much being fully experienced.”

As to be expected given his past label situation, Ocean has a complicated relationship with the music industry. He talked realistically and bluntly about what it’s like to be an artist — the pitfalls of working with big companies, accepting the idea of objectification, and the different, and sometimes flawed, ways of measuring success:

“Well, fucking with major music companies, you’re going to be…deflowered. Anytime you get into the business side of the arts, there has to be some degree of objectification or commodification that you’re comfortable with, of yourself and of your work.

I don’t know about purity. It depends on what you want. A lot of people I talk to about careers in the music industry, their ideas of success have to do with nostalgia. They have to do with tropes of success, things they’ve been shown over the years that represent what a successful career is. I think that helps you become prey, because somebody can manipulate you with those things. Then you may get to a point in your experience where you become disillusioned with those things. So anybody having a clear idea — even if it’s as crass as “how much money do I want to make, specifically?” — I think that’s much clearer than some of these other things that represent success, whether that’s X amount of spins or streams or plaques. Even sold-out venues. If those things don’t help you reach your defined priorities, then what are those things there for?

That’s how I try to make decisions in my life and career, and, if asked, I share that philosophy with anybody who asks. For me, it’s about Why am I doing this? What exactly do I want from this? And how do I get those specific things I want out of this? And what does success look like on those terms? And what does failure look like on those terms? That’s how I think about it now.”

Elsewhere in the interview, Ocean revealed he’s an avid watcher of Chef’s Table, Handmaid’s Tale, and Grown-ish. He’d like to watch more of RuPaul’s Drag Race and floated the idea that, if he were to ever appear on a show as a guest judge, it would be RuPaul’s reality TV competition program.

Ocean also mentioned that he’s had no use for dating apps as he’s been in a relationship for the last three years. Additionally, he talked about his love of queer art and rock climbing, and he made sure to set the record straight — although Wikipedia lists him as 5’10”, he’s actually 6’1″.

Much love to @gayletter 🌈@collierschorrstudio ♥️ and @jasonrider (for letting me borrow his pants🙏🏾😅) and everyone who helped out on set it was a lot of fun!