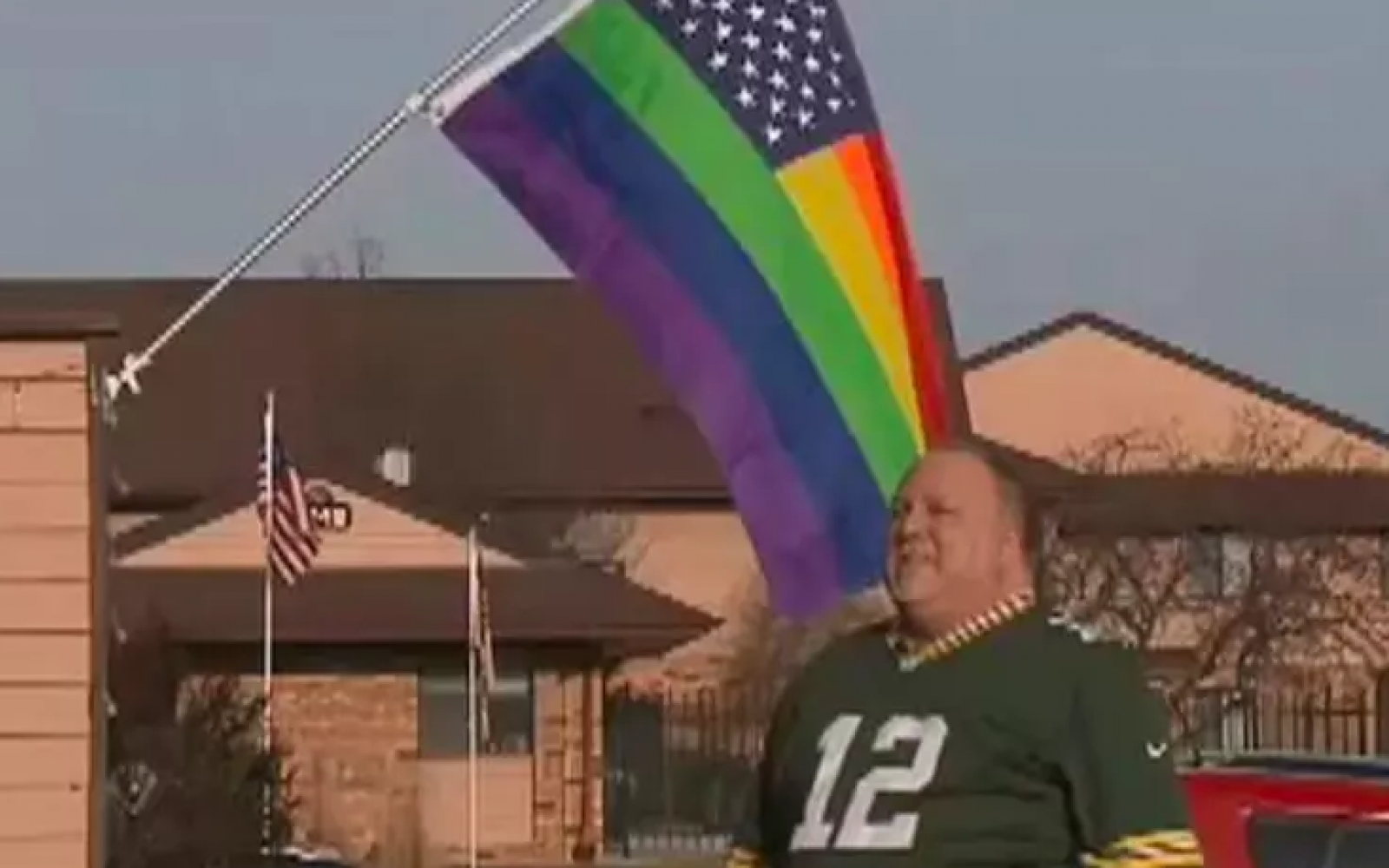 A Wisconsin couple said they may be evicted from their apartment for displaying a gay pride flag.

"This is a place we live. It's our home," Kevin Kollman said.

He and Merle Malterer have called the Country Oaks Apartments home for six years, taking pride in the property and themselves.

"This is who I am, this is who we are," Kollman added.

They've always decorated outside, but they said it's recently become a problem.

"Personally, I feel like we're being kind of singled out here because it's what it is," Kollman said.

On Wednesday, they got a note saying they breached their lease and have five days to take down the gay pride American flag.

Local media reached out to the property owner who said the couple was asked to take down a Green Bay Packers flag back in January, and that this is not an issue of discrimination, but an issue with the property's appearance.

He added that nobody is allowed to have flags anywhere, and it's against the lease agreement.

"I've never been told to take them down," said Ken Miller, another apartment tenant.

When local media looked around the property, they found several flags, including outside of Miller's place.

"I've been here for three years, and I've had these flags up for at least two years and I've never had any issues with the flags," Miller said.

Kollmann and Malterer plan not to keep the flag flying.

The property owner said he doesn't want to evict the couple and he'd be willing to sit down with them.

The couple said they're looking into taking legal action.