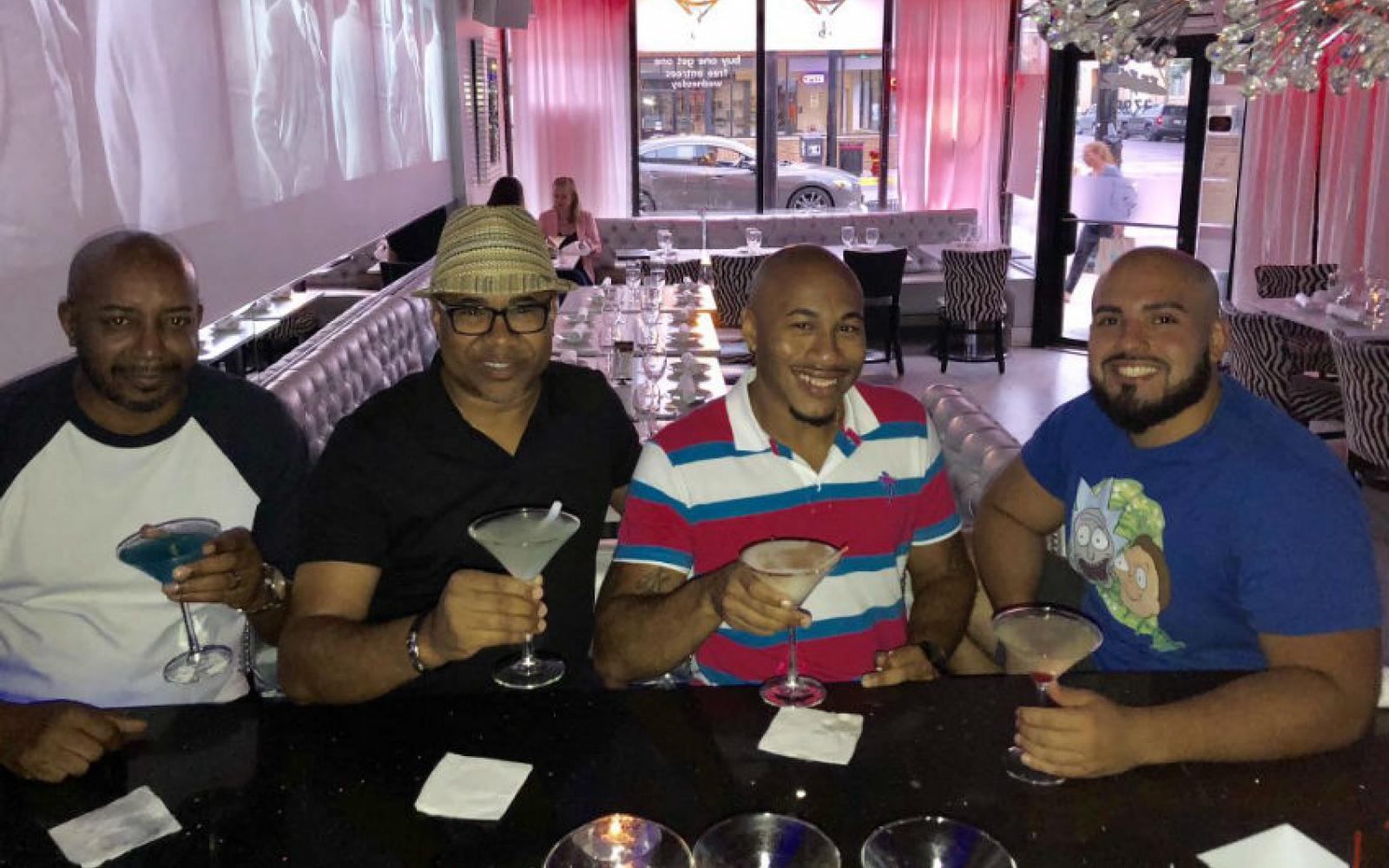 Matthew Hullum (better known as Matt ‘Money’ Cage) knew he was gay from as early as kindergarten.

But he didn’t come out until the tail end of his professional wrestling career when he was 27. That was just over three years ago.

Matt wrote in a viral Facebook post in 2015: ‘Sorry, ladies. I’m officially pulling myself off of the market. Don’t hate me too bad.’

His dad, however, came out as gay when Matt was just 13 years old.

‘He came out way before I did,’ the ex-wrestler told Gay Star News. ‘He has been out now for about 20 years.’

Despite his dad living openly as a gay man, Matt said he came out so late because he feared rejection. He also initially came out to very close friends as bisexual when in 2013.

‘My dad was supportive when I came out,’ Matt said. ‘He’s lived that life and experienced gay struggles.

‘He just made sure I was OK and he let me know I can turn to him about being gay – he’s always there,’ he said.

Matt said talking to his dad about his sexuality is great because he has that first-hand experience.

He said: ‘Some people think it’s weird that my dad is also gay.’

‘But if there’s anyone that I can turn to to talk about any situation that relates to being gay, it’s him,’ Matt said. ‘He’s lived that life and experienced gay struggles.

‘He was a little more privy to how things are or could be,’ the ex-wrestler said.

Matt Cage started his wrestling career in 2007. He was in the independent circuit but officially retired exactly ten years later due to a serious neck injury.

Matt met his boyfriend Omar exactly two years ago, at the gym.

At the time, Omar wasn’t out as gay to anyone because it ‘wasn’t right for him’ at the time. He’s since publicly come out in the last few months.

The gay ex-wrestler met Omar right before he was going to announce his retirement from wrestling.

For a short time, Matt had to keep his boyfriend’s identity a secret while juggling his very public professional wrestling career.

Matt said: ‘I had already experienced being in the closet, but when you meet someone who’s not out, it’s hard because you basically wind up going back into the closet yourself.

‘But if you care about someone, you support them. If you believe in something, you fight for it,’ he said.

So it then came time for Omar to meet Matt’s gay dad and partner (who wish to remain anonymous).

Matt and Omar visited Matt’s dad in Atlanta in July. This is where they had their first ever double date.

‘It wasn’t weird to me at all,’ Matt said. ‘I had already met previous partners before.’

‘If you go home and you meet your mom’s heterosexual boyfriend, that’s not weird – it’s normal. That’s life. It’s what you do.

‘It’s not like my partner didn’t know what he was getting into. He’s aware of the situation,’ he said.

The ex-wrestler added: ‘We enjoyed each other’s company and had a good vacation.’

Then in August, his dad and his dad’s partner came to visit the boys at their Chicago home.

This is when Matt posted now-viral photos of the double date on Twitter. He wrote in the caption of the photos: ‘My dad and his boyfriend came to Chicago to visit my and my boyfriend.’

my dad and his boyfriend came to Chicago to visit my and my boyfriend pic.twitter.com/q0Paq80Dal