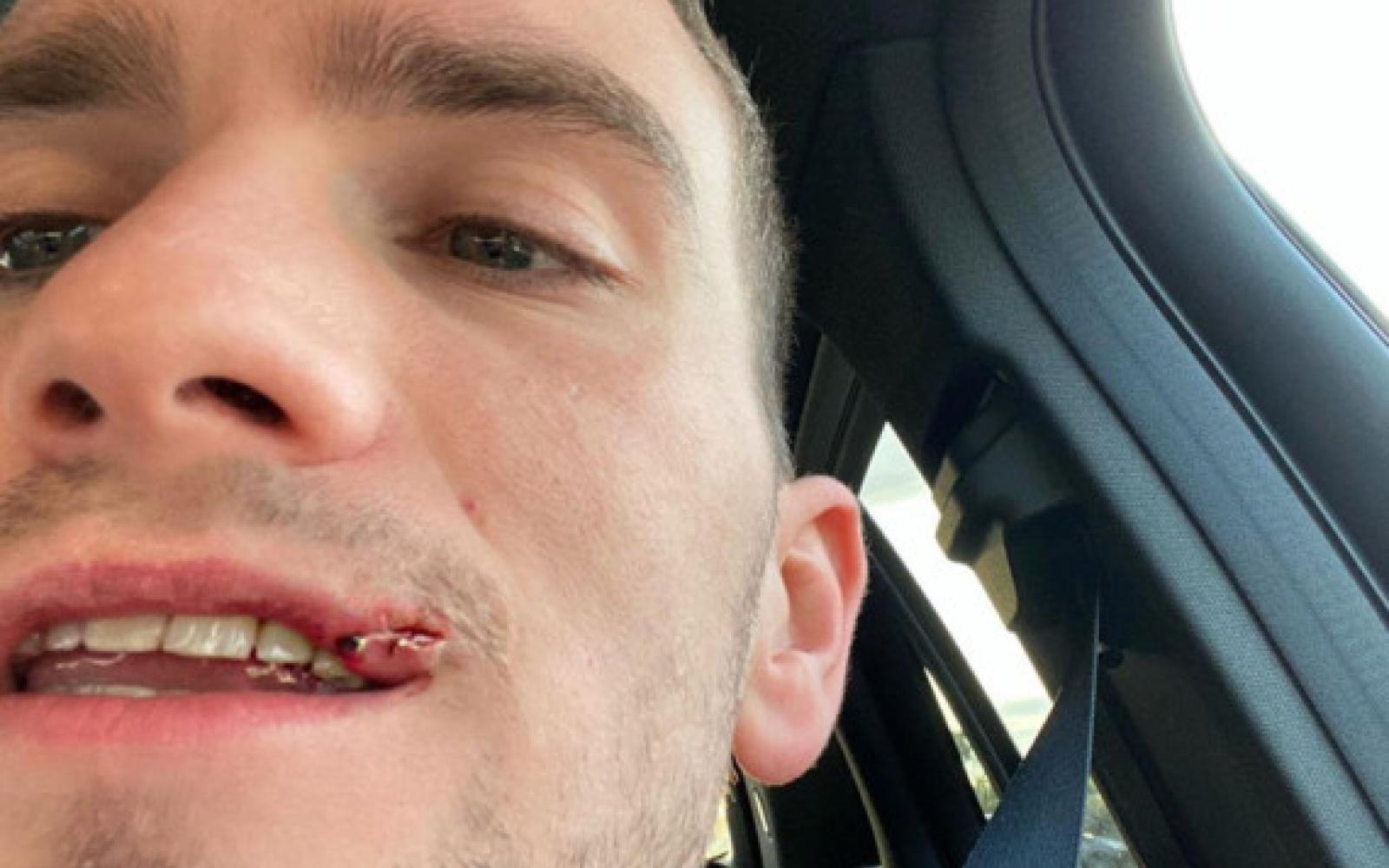 Ryan Kelly, 26, said he was called a ’f*gg*t’ and was beaten up near St Mary’s Church in the capital on his way home from a night out.

The incident took place on January 18 with Mr Kelly describing the perpetrator as a solo white, Irishman in his 50s.

He said: ’I went out with friends and left the Outback at 2.30am on my own.

’My phone was out of battery and I was trying to find a phone box around the area as I couldn’t be bothered walking home.

’At about 3am I bumped into this man who accused me of flirting with him. I just laughed it off, but he started getting more aggressive about it and said "you’re a f*gg*t". He then grabbed me and punched me.

’I was very aware of blood going down my face, but I couldn’t call the police.

’The guy was hammered. I ran up Prospect Hill until I got to a taxi and yelled "call the police!". The police arrived shortly after.’

He added that the ordeal made him ’quite distressed’ and that he had suffered a busted lip, which was treated at Noble’s Hospital. He now has a scar.

Mr Kelly - who balances work as a building services engineer in the island and studying at Newcastle University - said he had trouble eating following the attack due to pain, but was ’lucky’ to not have had damage done to his teeth.

However, his main concern is about being attacked again.

’I try to put on a brave face. It really scares me that someone is walking out there doing that kind of damage,’ he said.

Mr Kelly has been active in supporting the LGBTQ+ community in the past, having helped organise a gay pride event in 2011 for the Manx Rainbow Foundation.

He thinks the formal apology about the historic legislation against homosexuality and the lives that were ruined - given by the Chief Minister in Tynwald last month - was needed.

However, he believes the issue of homophobia has not gone away.

’Homophobia is still out there. Being gay isn’t a choice for us,’ he said.

The Isle of Pride festival is coming up, which proves a point of why we need it.’

Mr Kelly said he is ’fiercely proud’ to be from the island and thinks the attack ’is not a true representation of island’.

He told the Manx Independent that although the matter was brought to police attention, he decided to drop the complaint due to ’a lack of CCTV in the area and therefore [not] being able to make a solid case against whoever it was, unless someone happens to see the article and knows anything further’.

A police spokesman said: ’We take reports like this very seriously and to target anyone because they are gay is clearly not acceptable and any offenders will be dealt with robustly.’