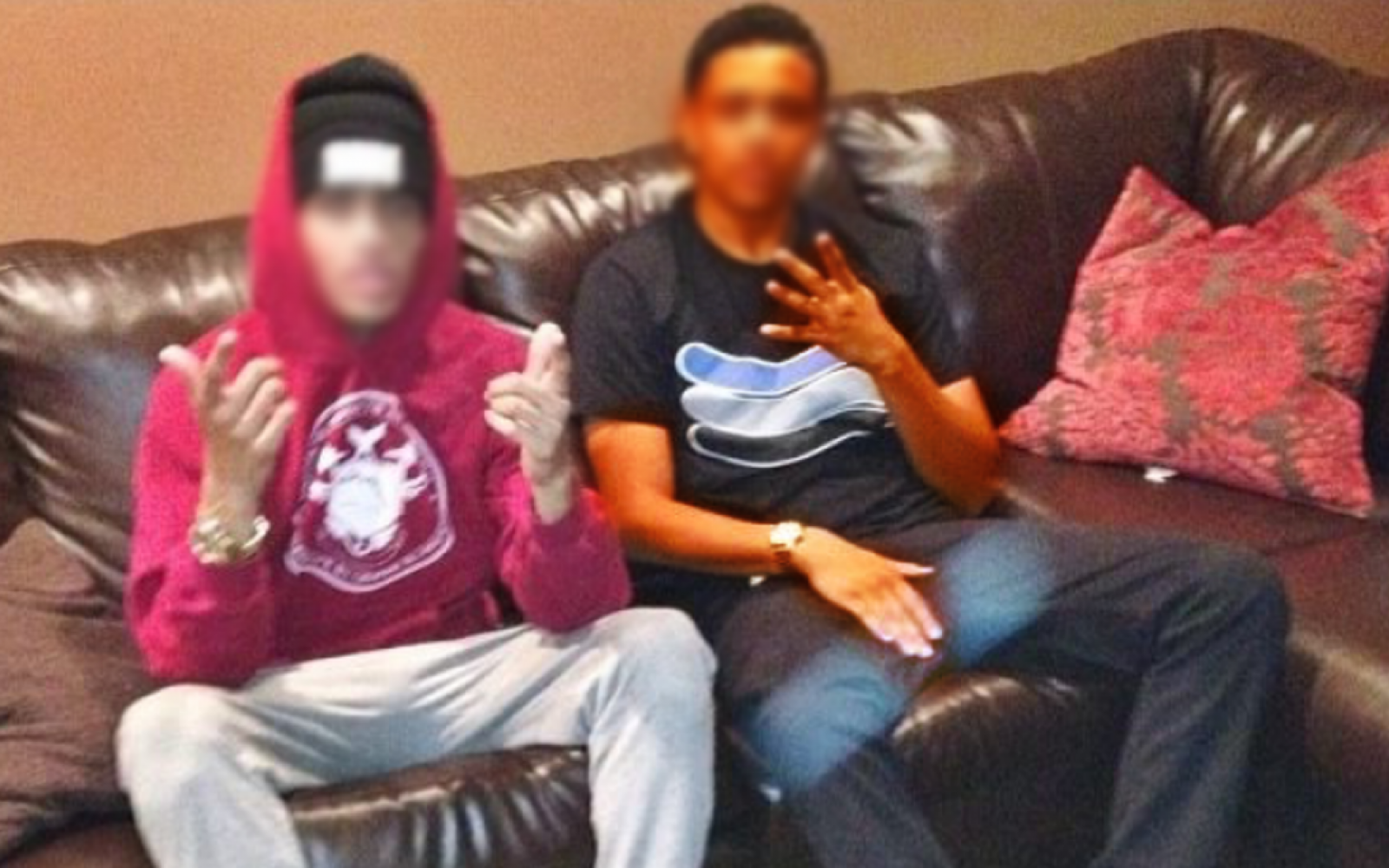 Found this in an email from and old messenging group.  Sadly the story is true.  Stupid.  But true.

In the gay community we seem to be so comsumed with sex that we abandon morality and respect, even towards each other?

I did something recently that I said I would never going to do again.  But I decided to go to a sex party.  I've gone to a few before.  It didn't take too many to realize how addictive they can be.  Casual anonymous sex.  No strings attached. The parties are often always dark except for the last one I went to.  Two rooms.  One completely dark the other, a loft style bedroom illuminated by the lights from the living room.

I had my reasons to go to this particular party and I had my reasons for going with the person I went with.  What's my reasons for going?  I wanted to see the person that I met months ago at a previous party and subsequently being seeing casually.  We started actually becoming friends and even in my mind I kept telling myself to keep my emotions in check.  This is not the kind of guy you want to develop feelings for.  Well that was a waste because the next thing I knew I was caught up in him.  I let him hit raw sometimes too.  And actually it wasn't the sex.  Trust, I have had much better.  It was actually the personality that I fell in love with.  I professed my feelings and felt a relief from holding them in for so many months.  However; as I was told, "Jason" only had an "affection" for me but that was pretty much the limit.  That was cool.  We continued to see each other sexually and talked everyday.  We were indeed becoming good friends.

Why did I go with the person I went to the party with?  He was a good friend of mine.  We hung together alot.  Did alot of things together.  We had alot in common even though we hadn't known each other that long.  I lost my vehicle on a cold snowy night and have pretty much have been dependent on the kindness of friends.

My friend, we'll call "Derrick", met the guy whom I had developed feelings for,  "Jason",.  After their first meeting which was almost enough to send me to the roof, "Derrick" concluded that he thought "Jason" was attractive he felt he was very much as asshole.  I was fine with that because during that time that the three of us were hanging out and I felt very insecure about them meeting each other. Except that "Derrick" is not "Jason's" type.  But in my mind men will fuck anything.  I told "Derrick" when "Jason" was no longer present that I don't trust other gay men around kats I'm interested in.  He proclaimed that all gay men are not underhanded and so treacherous that they would attempt to sleep with one of their friends love interest.  I said ok but just wasn't buying it.

The night of the party, I persuaded "Derrick" to pick me up and go to the party even though he said that he  wasn't feeling it.  My reasons for going?  I wanted to go because knew "Jason" would be there.  If "Derrick" ended up going I wanted to be there too.  If anything went on between the two I wanted to witness it for myself.  I for damn sure didn't want to not be there and something happen and the two of them be up in my face as if nothing happened.

We're at the party.  "Jason" comes in an hour or so after "Derrick" and I.  "Jason" and I messed around.  Maybe there just wasn't enough other prospects for "Jason" but he carried on as he would if we were in the house, in his bedroom, living room or dining room.  It didn't last long due the small circle of strangers forming around us staring.  Also, because I kept getting stepped on.

Time went on.  I exchanged small talk with old acquaintances and exchange flirtations with new ones.  I come back to the dimly lit room and I see "Jason" standing in front of the bed.  After a few seconds I was able to see that he was actually penetrating someone. I stepped closer to see who the person was on the receiving end.  I swear a cloud of rage covered my mind and body as I realize it was "Derrick"!

"Bitch!  What are you doing?", I asked him.  He looked up and said "Oh".  I pushed him away slightly, not wanting to cause a scene.  I pinched "Jason" ass hard to let him know he "fucked up".  After a few minutes, they stopped (yes they kept going with me right there) and "Jason" sat down on the bed next to me trying to ease my "pis-stivity" by playing with me.  It was most surely in vain and only increased my anger.  By that point I was so ready to leave but couldn't since I had come  with "Derrick" and had to wait on him.  It took forever for "Derrick" to get his fill of all the party attendees.  He was out of control. I lost count after I saw the 15th guy stick it in raw.  His desperation became blatant and annoying.  "Jason" had left after I have accidentally interrupted him doing some guy in the bathroom  who was more his type.  Small framed, light-skinned like me.  I was actually looking for "Derrick" and thought he might have been in the bathroom.

It's going on 6 a.m.  I had left the hotel room as soon as "Jason"  made his exit.  Not really following him but wanting to let him know he had screwed me over for the last time.  He looked at me as he walked over to the other side of the parking lot toward his car.  I took a glance at him and but said nothing and kept walking.  I waited  for "Derrick" to come out.  He finally came out after about 10 minutes and we were on our way home.

I decided to send "Jason" a text message to cuss him for disrespecting me.  I've told him once before I understood that he didn't share the same feelings for me as I have for him but to not mess with my friends.  Prior to the party he said that he would not do anything with "Derrick" because he knew it would break my heart.  I texted him.  He tried to blow me off so I called him.  I didn't feel like going back and forth with the thumb  typing.  By this time I was livid.  When he answered I said "fuck you".  "How could you do this to me? I told you I don't care who you fuck but do not fuck my friends", I yelled.  I didn't let him get word in edge-wide.  I told him that he claimed we were friends but he didn't have a clue was a friend was.  I told him he gives to credence to the old saying "with friends like you who needs enemies?"  Even though I was telling this "Jason" "Derrick" was driving and looking straight ahead and not saying a word because he knew I was directing my hostility to him also.

It's been a few days now and I haven't heard from either of them.  Not an apology or an explanation, nothing.  I now had to accept what I've been denying for months now.  That "Jason" ain't shit!  He never was in spite the fact he makes over $95,000 a year.  Which pisses me off, by the way.

But the more hurtful reality is I now know that my boy, my ace, ain't shit either!  More importantly, I learned that "Derrick" always felt like he had to compete with me because my complexion is lighter and I have a pretty decent body unlike "Derrick".  But I have always maintain a sense of respect for my friends and never came over to whomever they were with or even interested in.  It's wrong in my sight.  A mutual friend of ours, my bestfriend and a truly decent person, asked me if I think me and "Derrick" could ever be friends again?  I gave him a big "hell no"!  And even though I'm better off without the both of them it saddens me.

No more "Jason" who I enjoyed talking to everyday and laughing with.  The sex was never a big thrill.  He didn't really have a clueto what consisted of good sex.  No more "Derrick" who was  my road buddy and bar buddy amongst other things.

All because sex overrule any sense of morality and respect or others.  The moral?  Never bring your friends around your man or who you may be interested in unless you really know them.  They can stab you in back faster than you can turn it.