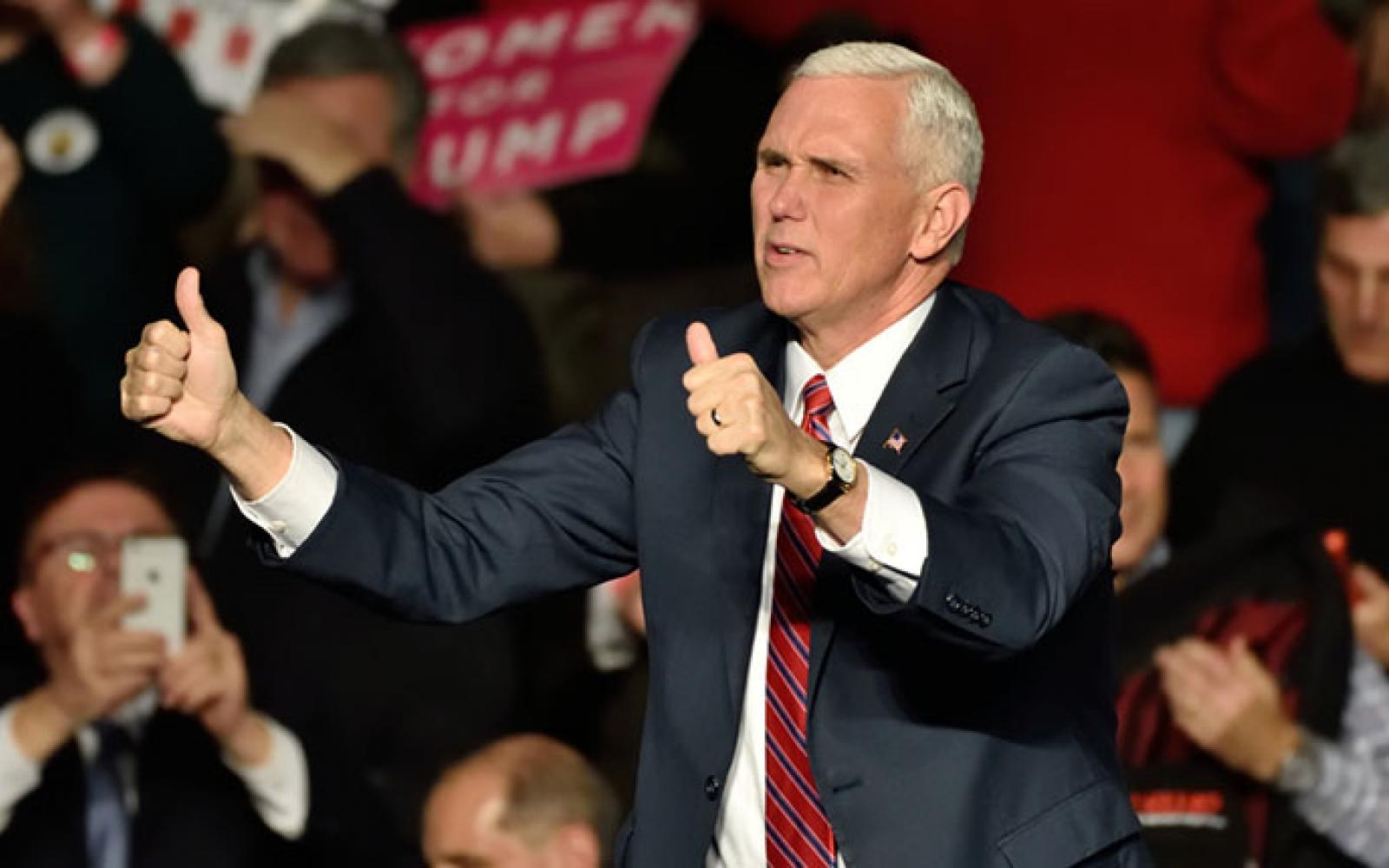 Pence, whose conservative Christian views have repeatedly created a rift with the LGBTQ community, will benefit from a VIP-only fundraising event at Aspen's Caribou Club Monday beginning about 5 p.m. local time. The Aspen Times first reported that local Republican leaders expect about 25 couples to attend the event, although the vice chair of the Pitkin County Republicans declined to disclose where the event would take place due to protest and security concerns. Local GOP leaders rebuked suggestions that Pence's controversial stances toward gay marriage would prevent the event from proceeding as planned.

Bob Jenkins, the vice chair, floated four different locations for the vent to the Aspen Times reporter, but the chef at the Caribou Club told a judge Friday during an advisement hearing for a domestic dispute that he needed to be free from jail in order to cook for the Vice President. Pitkin County Republicans received an invitation earlier this week which also sought to keep the exact location of the reception a secret. The club is owned by two gay men, one of whom is Billy Stolz, who declined to make comments about the event.

"This event is an intimate high dollar reception, and we would like you to participate if possible," the invitation to Republicans reads. "Additionally, please quietly spread the word. Additional details will be provided upon RSVP."

Jenkins, speaking with The Aspen Times, dismissed the notion that the former Indiana governor's backing of the Religious Freedom Restoration Act or other anti-LGBT legislation would have any impact on him attending a fundraiser at the gay-owned Caribou Club.

"[Pence's controversial anti-gay stance] doesn't affect whether we're at the Caribou Club or we're not at the Caribou Club," he told the newspaper, continuing to withhold the event's exact location. "What's that got to do with anything?"

Citing "security" and taxpayer concerns, the county GOP leader explained why he won't confirm the event will be held Monday at the club. He said security costs may be between $10,000 and $20,000.