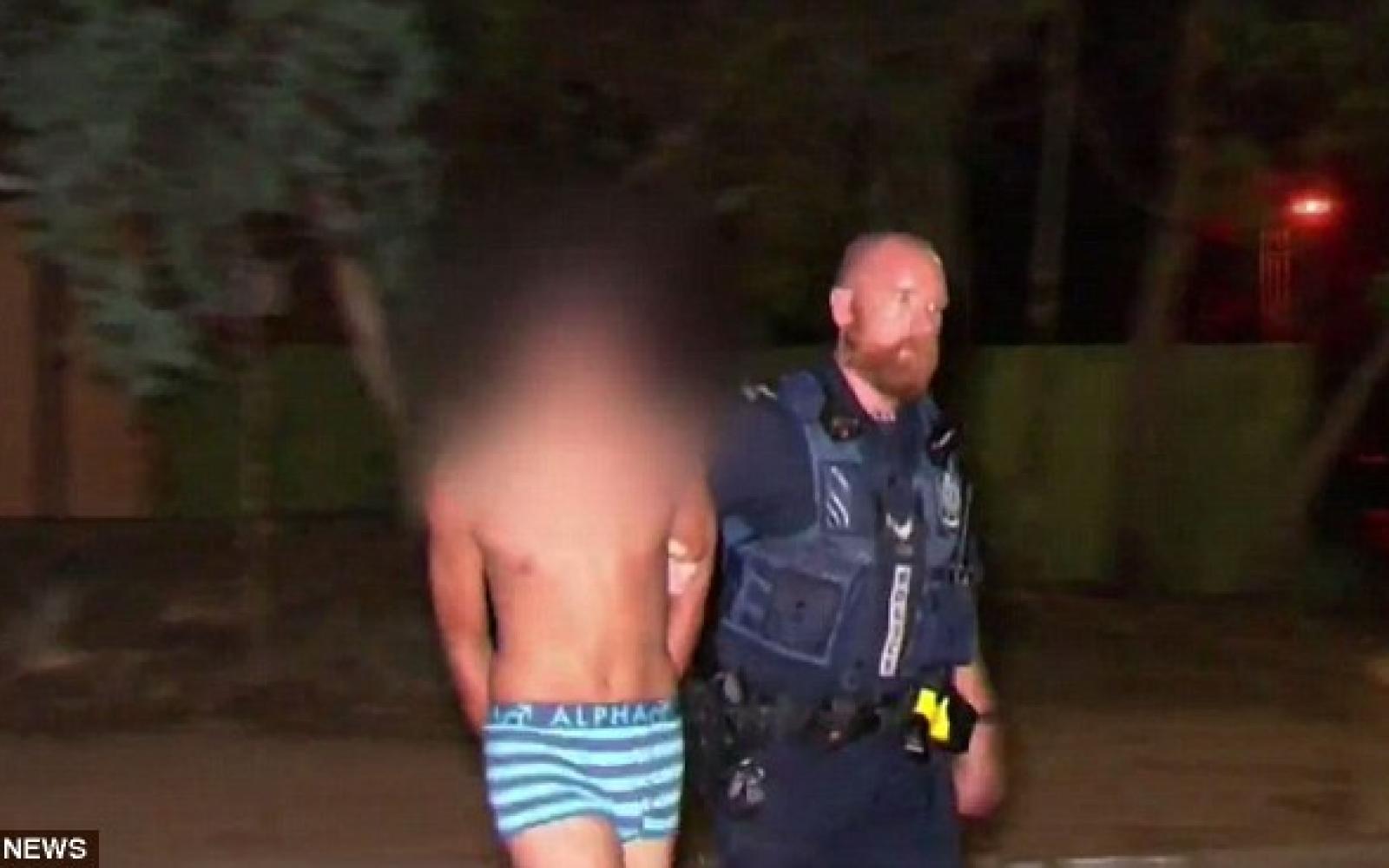 But one of the accused men has challenged the narrative laid out in the arrest warrant from the Dawson County Sheriff's Office, arguing that he did not offer to have sex with an undercover officer in exchange for marijuana.

The suspect shared a screenshot of his exchange with Sgt W Dereck Johnson, who was pretending to be a Grindr user, with the Atlanta-based LGBTQ publication Project Q.

According to the conversation, Johnson, who went by the screen name Charlie[looking for]420, contacted the man and offered to meet him at the Quality Inn & Suites in Dawsonville.

When the man said he had marijuana, Johnson replied, 'U share?' The man said he would. Johnson then offered to supply rolling paper to smoke the marijuana.

The man replied: 'nothing wrong with that.'

The screenshot of the chat provided to the publication purportedly makes no mention of a quid pro quo deal between the two men, but in the March 4 arrest warrant, Sgt Johnson wrote that the suspect 'did solicit' him 'to perform an act of prostitution in exchange for marijuana.'

The Grindr user was charged with misdemeanor pandering, possession of less than an ounce of marijuana and criminal attempt.

The vice operation lasted from March 2-4 and led to the arrests of nine men ranging in age from 23 to 50 years old.

A local news outlet published all of the men's names and displayed mugshots for four of them. It also revealed in a March 10 article that one of the suspects was a local middle school teacher, and that he has been suspended in the wake of the sting.

DailyMail.com is not naming or depicting the suspects due to the contested nature of the allegations against them.

The men were booked on a variety of sex and drug charges, including pandering, possession of marijuana, possession of a controlled substance, criminal attempt and use of a communication facility in committing a crime.

'The one thing that you should have before you label something prostitution is a very clear situation where the offer of the item or money is an indispensable part of the transaction,' Nevins said after reviewing the Grindr chat screenshot. 'The supposed sex worker has to basically make it clear that without your paying or giving the item, there will be no sex. That’s not here at all.'

Dawson County Sheriff Jeff Johnson defended his agency's handling of the sting operation in an email to DailyMail.com on Tuesday.

'We emphatically deny that any arrests are based on anything less than probable cause,' he wrote. 'The implication that these men were targeted based upon their sexuality is simply false.'

Johnson also addressed the screenshot of the Grindr chat, arguing that it does not tell the whole story.

'Please understand that they (the publication) are not privy to any conversation or evidence at the time of, or just preceding, the arrest,' he stated, referring to Project Q.

Lastly, the sheriff pointed out that his agency releases the names of everyone who gets arrested at charged.

'We do not pick and choose whose information is released,' he said.