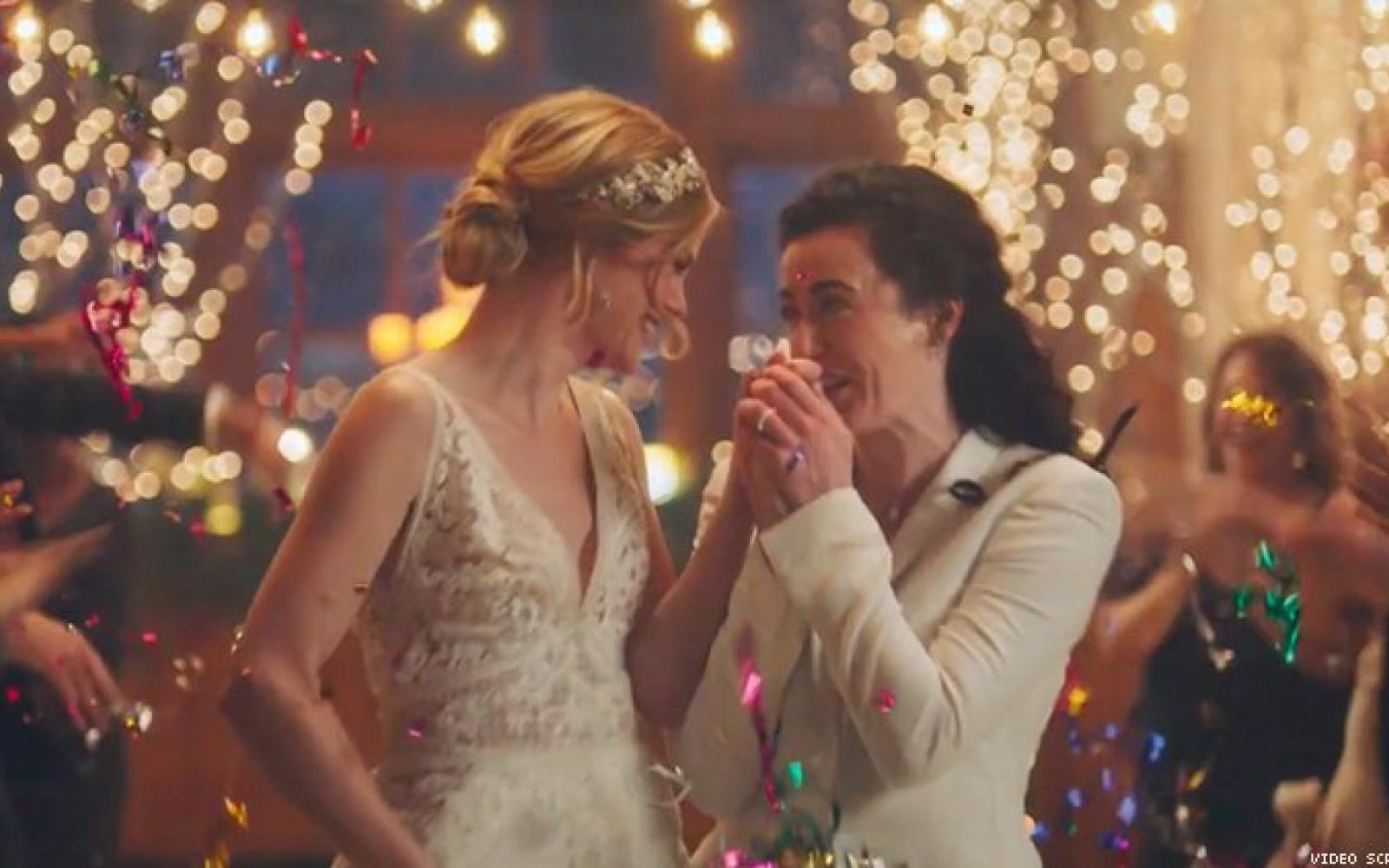 The Hallmark Channel pulled four TV ads that featured a lesbian couple getting married and kissing after a petition by a conservative group received thousands of signatures.

The ads, which first aired on the channel on Dec. 2, are for wedding planning website Zola. The four ads that were pulled were part of a larger six-ad series, The New York Times reported.

Earlier this week, One Million Moms, a branch of the American Family Association, posted a petition about the ads, saying, "The Hallmark Channel has always been known for its family friendly movies. Even its commercials are usually safe for family viewing. But unfortunately, that is not the case anymore."

The petition received nearly 26,000 signatures, and on Thursday, Zola was notified by Hallmark that four of its ads would be removed.

When an ad buyer representing Zola asked the channel for an explanation, Hallmark in an email replied, “We are not allowed to accept creatives that are deemed controversial."

“The decision not to air overt public displays of affection in our sponsored advertisement, regardless of the participants, is in line with our current policy, which includes not featuring political advertisements, offensive language, R-rated movie content and many other categories,” a spokesperson for the Hallmark Channel told the Times on Friday.

Continuing, he added, "Hallmark approved a commercial where a heterosexual couple kissed. All kisses, couples and marriages are equal celebrations of love and we will no longer be advertising on Hallmark."