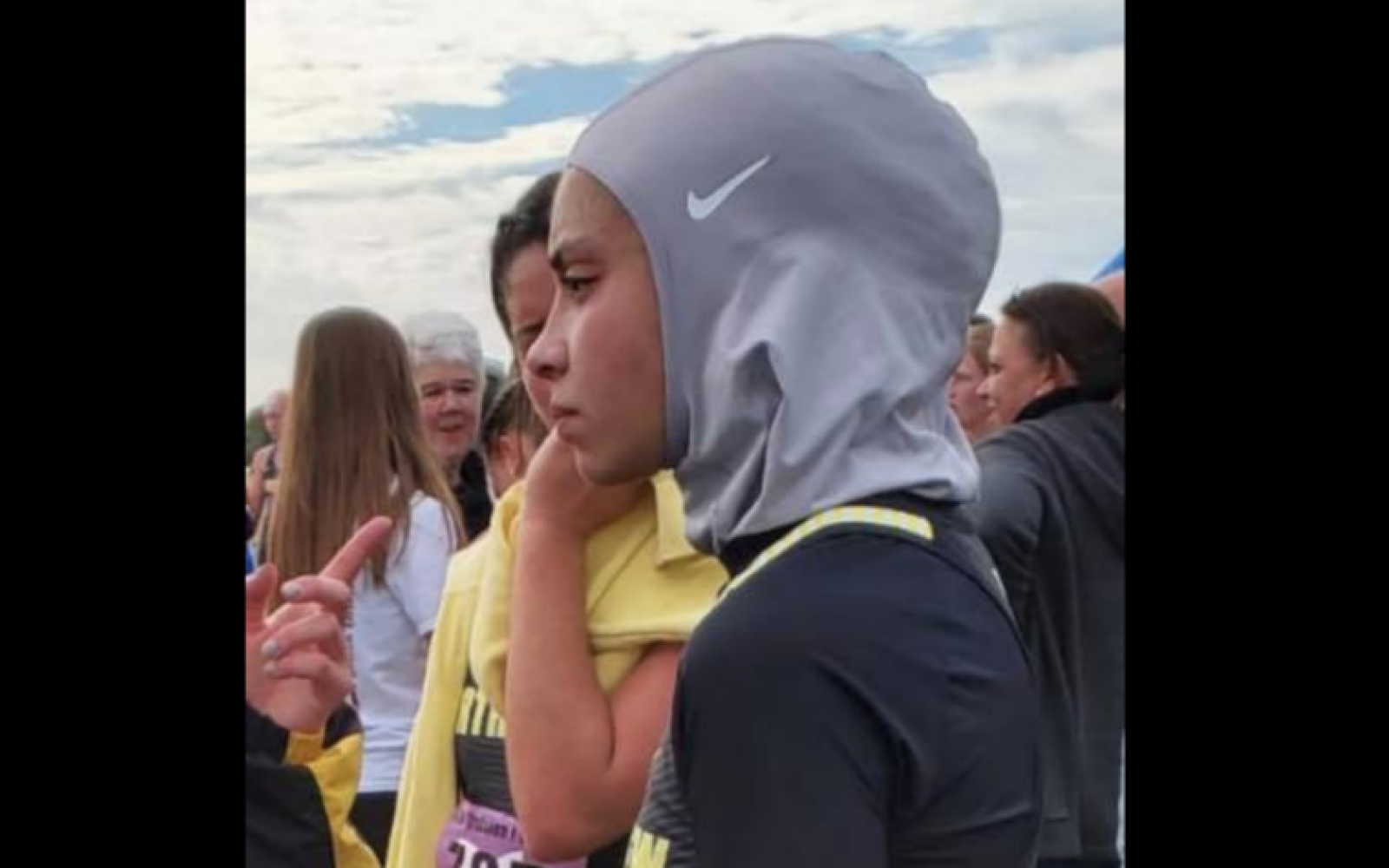 On Saturday, a member of a high school cross-country team in Ohio was disqualified from a district meet for wearing a hijab by an Ohio High School Athletic Association (OHSAA) official, a representative of the school district confirms to Yahoo Lifestyle.

According to the 16-year-old athlete — who has run with Sylvania Northview High School Girls Cross Country Team the entire season and, for the past three years, participated in different sports without issue — the disqualification due to her religious headwear was something she had "always feared."

Noor Abukaram, a student at The Bounty Collegium, which is affiliated with Sylvania School District, checked in to the district race at Owens Community College's Findlay campus on Saturday. As officials were checking the participants’ uniforms, one of Abukaram's teammates was asked to change her shorts, which did not match the team's uniform. The runner changed, and Abukaram feared she would be approached next due to her all-black pants and hijab, according to a post shared on her cousin's Facebook page.

Abukaram was relieved when nothing was said about her uniform until she realized that officials were still talking with the girl's varsity cross-country coach, Jeffery Flowers, even after the issue of her teammate's shorts was solved.

“When our team got to the line, an official asked for the written exemption letter coaches are required to have for uniform violations,” coach Flowers tells Yahoo Lifestyle. “I did not have one and the official said that I could either substitute another runner, ask her to take off her hijab, or she could race but would be disqualified at the finish. I made the decision to let her run.”

According to Flowers, there was no time to argue the decision, and “the official didn't feel he had the authority to do the right thing and not disqualify her.”

"The coach learned of the disqualification at check-in before the race," Amy Addington, communications coordinator for Sylvania School District, confirms to Yahoo Lifestyle. "In order to be respectful of her religious views, he did not ask her to remove her hijab."

Abukaram ran the race, unaware that she was disqualified and that her time would not count.

"I ran a great race and the thought never crossed my mind again," Abukaram shared in the Facebook post. "I finished my race, gave my teammates hugs, talked to people at the race and overall was having a great day."

Then her team went to check their placings in the race. Abukaram's time was not listed; her teammates told her that it was because she was disqualified over her hijab.

"Immediately my heart drops, I become nauseous and feel like I got punched in the gut. This is something that I had always feared which has now become a reality," Abukaram wrote.

Flowers timed the race for her. It was her best time of the season: 22 minutes and 22 seconds. Unfortunately, the time is not official.

“The officials did not give me the same respect that they gave my teammate who was also violating a rule when they told her to change her shorts and gave her the chance to fix her self," Abukaram wrote. “I wasn’t given the chance to explain myself to them because they didn’t have the decency to tell me what the issue was.”

She continued: “I feel like my rights as an athlete were violated this weekend because this rule does NOT exist in writing. I should not have to get a waiver signed and approved by OHSAA to allow me to race due to my religious head covering. Hijabs are not specifically prohibited by OHSAA rulings.”

Flowers tells Yahoo Lifestyle that the waiver requirement was presented verbally the previous year at the rules meeting, but they received no warning this season until the district meet. He assumed it was no longer a rule. After the disqualification, which left his runner feeling disappointed and singled out, he checked the rule book.

“I couldn't/can't find in the rule book any clause that prevents or prohibits hair coverings like Noor's,” Flowers tells Yahoo Lifestyle. “The OHSAA and I have been in contact and they have issued an exemption. They expressed their sympathy, but felt that the official was correct to disqualify Noor.”

According to Addington, the coaching staff has been in contact with OHSAA to ensure Abukaram will be eligible to run in future races.

“We are happy that this valuable member of our team will be competing this weekend,” Addington says.

Representatives at OHSAA did not immediately respond to Yahoo Lifestyle’s requests for comment.

"Every time I see our female Muslim athletes dressed and ready for practice each day after school and perform with excellence," Amal Abu Karam, principal at The Bounty Collegium, tells Yahoo Lifestyle in an email. "I see elegance and resilience. Noor is a champ. We at The Bounty Collegium stand strong with Noor!