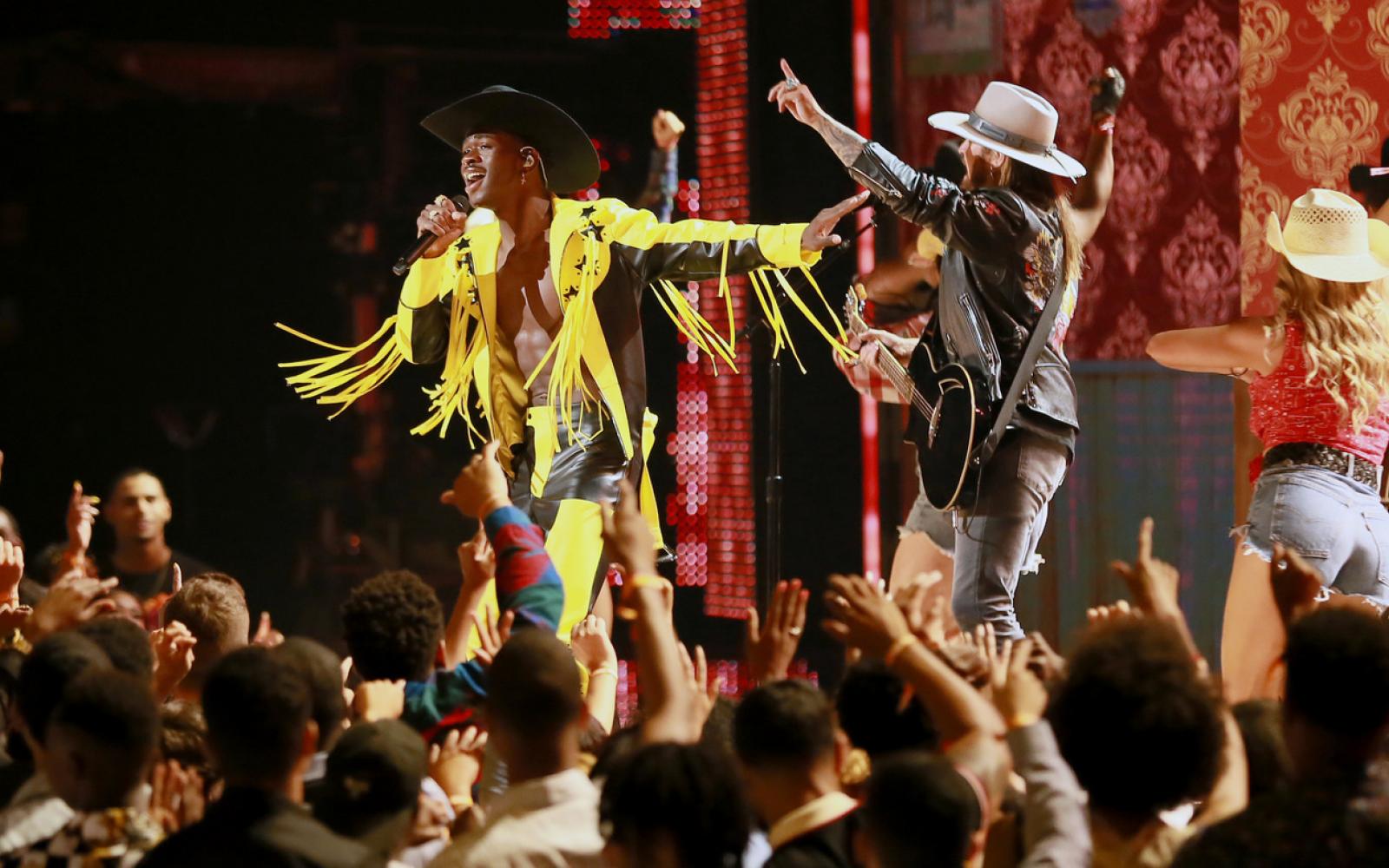 Rapper-singer Lil Nas X's song "Old Town Road," a viral hit made famous on the short-form video app TikTok, on Monday broke the record for longest consecutive run in the No. 1 spot on the Billboard Hot 100 chart.

Billboard announced the record 17-week run in the top spot in a tweet.

Before Monday, "Old Town Road" had tied Luis Fonsi and Daddy Yankee's "Despacito," featuring Justin Bieber, and Mariah Carey and Boyz II Men's "One Sweet Day," at 16 consecutive weeks in the No. 1 spot on the Hot 100 chart. "One Sweet Day" landed the record in 1995-96, and "Despacito" tied the record in 2017, according to Billboard.

Lil Nas X, 20, whose real name Montero Lamar Hill, first uploaded "Old Town Road" to Soundcloud, an audio sharing platform, before the song made its way to TikTok. The song was birthed out of a Nine Inch Nails sample remixed by Dutch producer YoungKio and described as "country trap."

Once on TikTok, the song exploded in popularity as users filmed themselves ditching their everyday clothes for cowboy gear.

As the song grew within mainstream music, it hit a snag at Billboard when it was removed from the Hot Country chart after debuting at No. 19, according to Vulture. Billboard said at the time that the song “does not embrace enough elements of today’s country music to chart in its current version.”

After a wave of media attention and backlash, country singer Billy Ray Cyrus stepped in. Cyrus remixed the song with Lil Nas X, boosting the popularity of "Old Town Road," which landed at No. 1 on the Hot 100 in April, according to Billboard.

Lil Nas X has since remixed the song with other artists like fellow viral sensation Mason Ramsey and RM, a member of South Korean boy band BTS. He's also released an EP entitled "7."

When asked how he'd celebrate if he broke the Billboard record, Lil Nas X joked to TMZ, "Instead of doing my usual crying in the bathtub for five hours, I'll cut it down to three."

He added, "I may buy Mariah Carey some roses and send them to her because I love her."