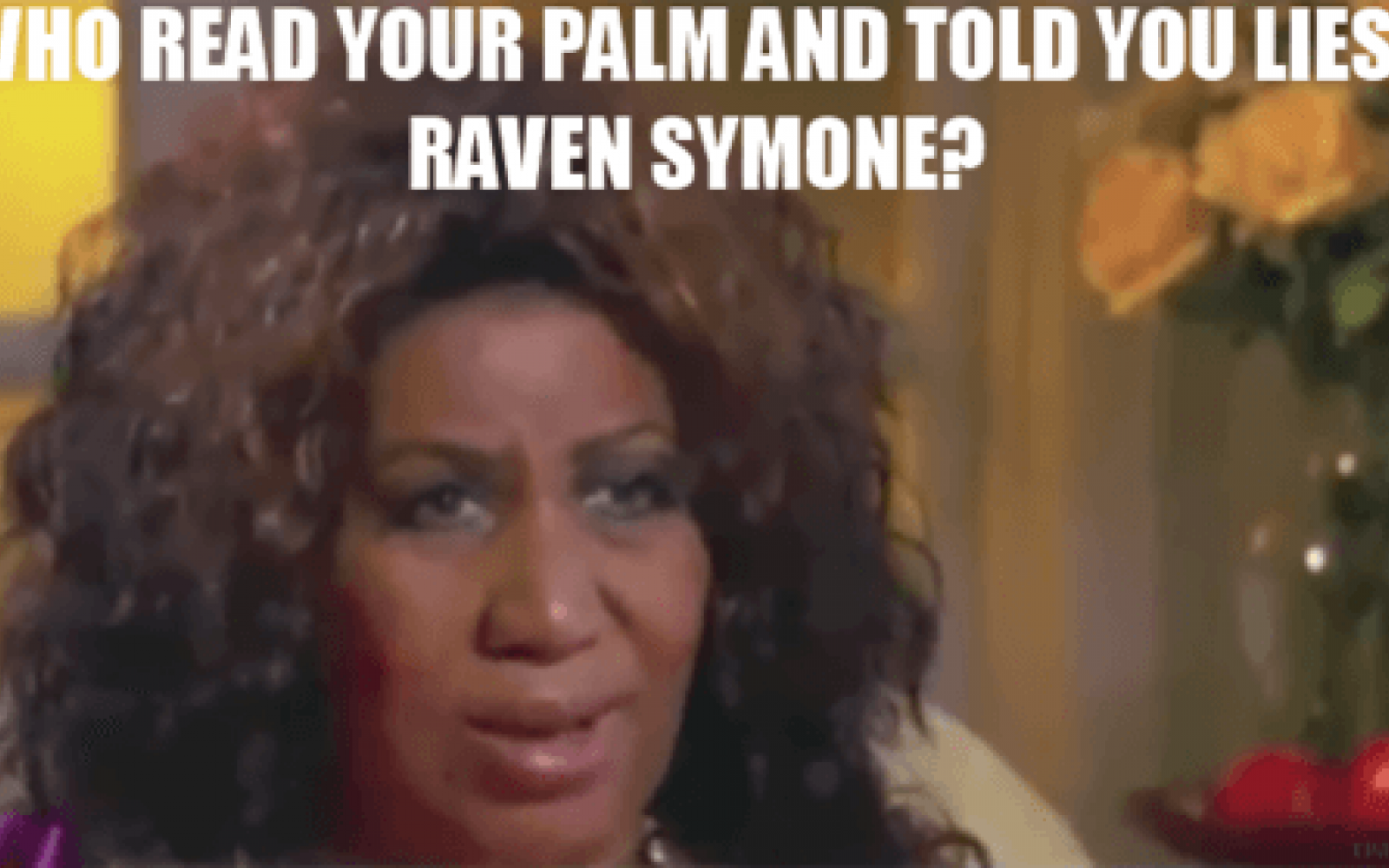 While Aretha was known to give a shady interveiw or two (check the video below) some of her shadiest moments were courtesy of a youtuber named Patti LaHelle and the webseries "Got2BReal" which parodied Aretha along with some other familar Divas like Whitney, Dionne Warwick, Beyonce, Mariah Carey, Rihanna, Maya Angelo and of course Patti Labelle.  While all the impersonations were funny none were shadier than Aretha and her rivalry with Patti Labelle over the course of the series.

As news of Aretha's passing made waves fans of the singer and the show sent messages of love to the creator, LaHelle and shared memories of the laughs that wouldn't stop.

I remember the first time I watched and immediately thought "I have no doubt in my mind Aretha is really this shady.'  It was infectious, so much so that my friend and I would often find ourselves quoting the show.  I still say "Just because I'm wearing a watch doesn't mean I have time for your bullsh*t"  Thanks for the laughs Queen, you will be missed! 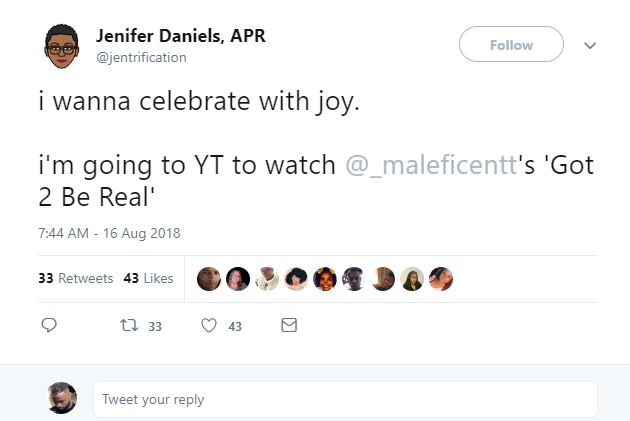 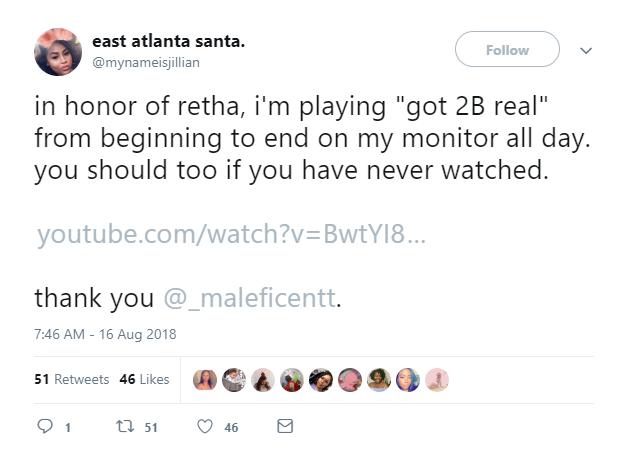 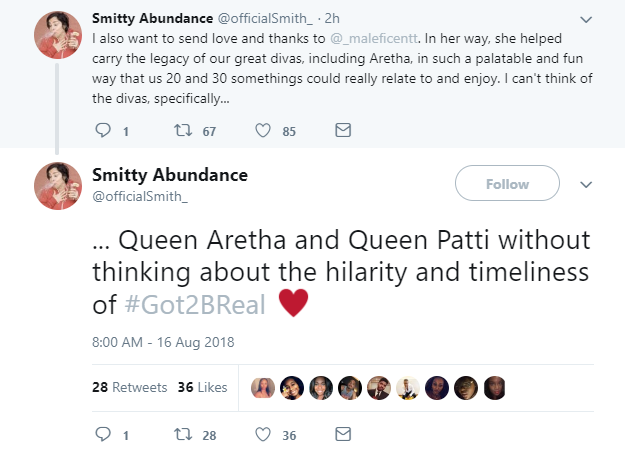 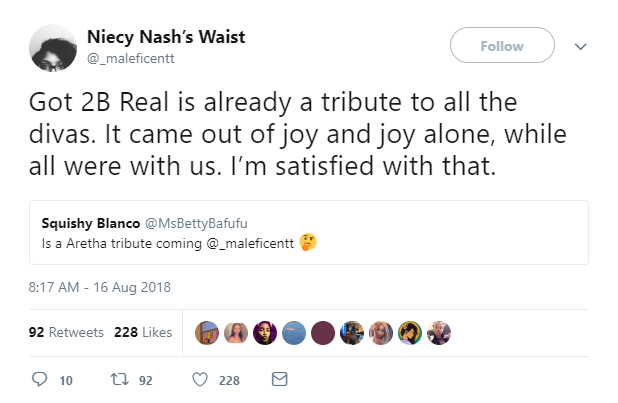 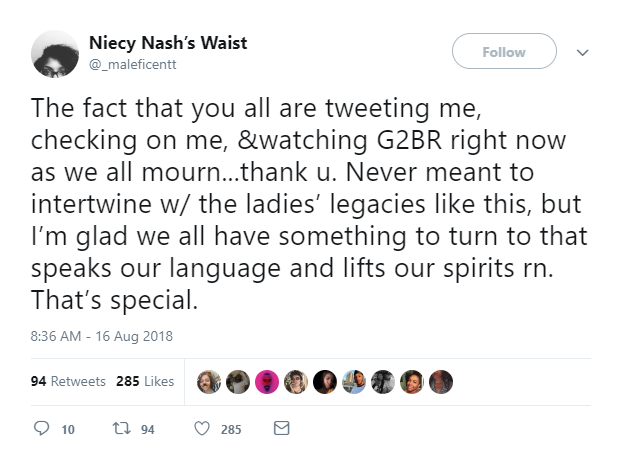 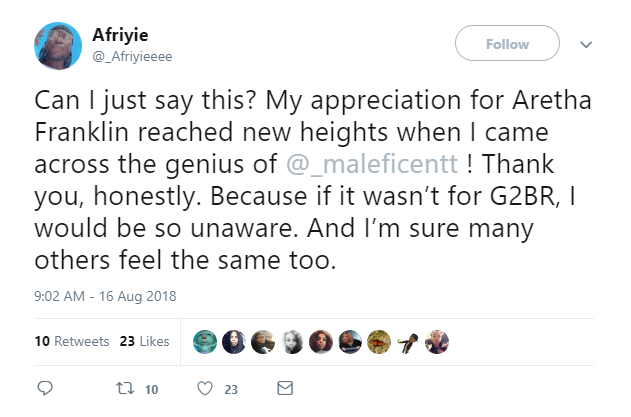 Aretha Franklin was more than just a vocal powerhouse, she was the queen of being shady. Here are her shadiest moments. pic.twitter.com/RUIY4MbFgu