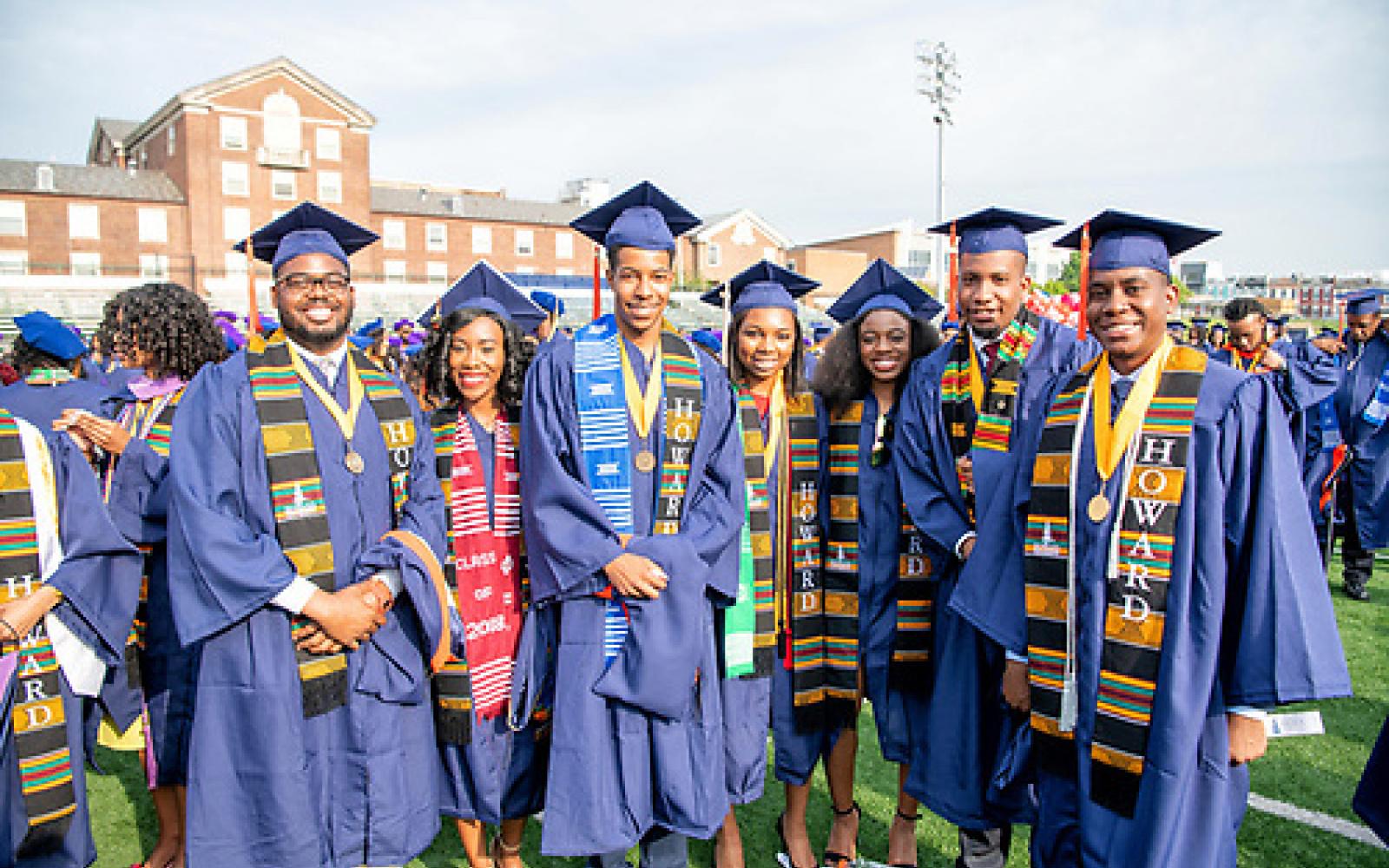 Bloomberg surveyed 49 people who graduated from Howard’s business school from 2010 to 2012 and found that 25 of them had founded a company at some point after getting their MBAs. That was the highest share of any of the 126 schools in the Businessweek Best B-Schools ranking.

Howard's standing in the ranking could be a statistical fluke: Bloomberg captured just a sample of students from three graduating years. It’s possible that the entire student body wasn’t as entrepreneurial as those surveyed, or that the 2010-12 period at Howard was uncharacteristic. Howard offers a course on entrepreneurship but doesn’t make it a core part of the curriculum, as some MBA programs do.

Jomari Peterson, 33, got his master’s degree in business administration from Howard University School of Business in the spring of 2010, when the U.S. unemployment rate was more than 9%. It wasn’t a great time to launch a career, but he had one advantage over other freshly minted MBAs—instead of applying for jobs, he made his own. Since then, the serial entrepreneur has helped launch a bus company, a cafe, and a blockchain venture. He’s drumming up support now for another blockchain company.

Peterson believes that entrepreneurship is ingrained in the culture and students of Howard, an historically black university in Washington, D.C. “What Howard bred in me is how you take problems and make solutions,” he says. “What you recognize, the systems might not be designed for you. You have to be able to create a solution despite not being given the resources everybody else has.”

Peterson, a native of Vallejo, Calif., started Kid Power at age 11 and eventually brought in eight other kids to mow lawns, babysit, and perform other odd jobs. He moved to Pittsburgh after getting his MBA and helped establish a bus transportation company and a cashless cafe to serve the predominantly black neighborhood of Homewood, under the auspices of the Bible Center Church. In 2015 he moved back to the Bay Area. He was in on the ground floor of Quantum Resistant Ledger, a blockchain company that aims to defeat code-breaking attempts by future quantum computers. In 2017, Peterson left that company to attempt to launch his own blockchain venture, Digital Reserve, which he says will promote financial inclusion and have its own cryptocurrency, denarii (named after coins of ancient Rome).

For Howard grads, entrepreneurship isn’t exactly the path of least resistance. Peterson says he occasionally has sensed bias in his efforts to get Digital Reserve off the ground. “Not selling the product, but in regards to people trusting you with their money.”

In contrast, there’s a well-worn path from Howard into management consulting and other fields where racial diversity in hiring is a high priority. Ernest Wyatt, a 2010 graduate, went to work for PricewaterhouseCoopers and stayed until 2014, before getting bitten by the entrepreneurial bug. He has two companies, one of which supplies medical diagnostic kits in sub-Saharan Africa, and one that supplies fuel to U.S. military bases. Shara Gibson, a 2012 graduate, says she got interviews with PepsiCo, Target, and Unilever, among others. Instead of a corporate career, she chose to work for the District of Columbia in business-skills training. Now she’s running two companies in D.C., a business development services firm called SG Consulting and a cannabis company called Caniventures.

Like Peterson, Wyatt and Gibson enjoy being their own bosses. Says Gibson: “A lot of people in my family own their own businesses. It was ingrained in me.”