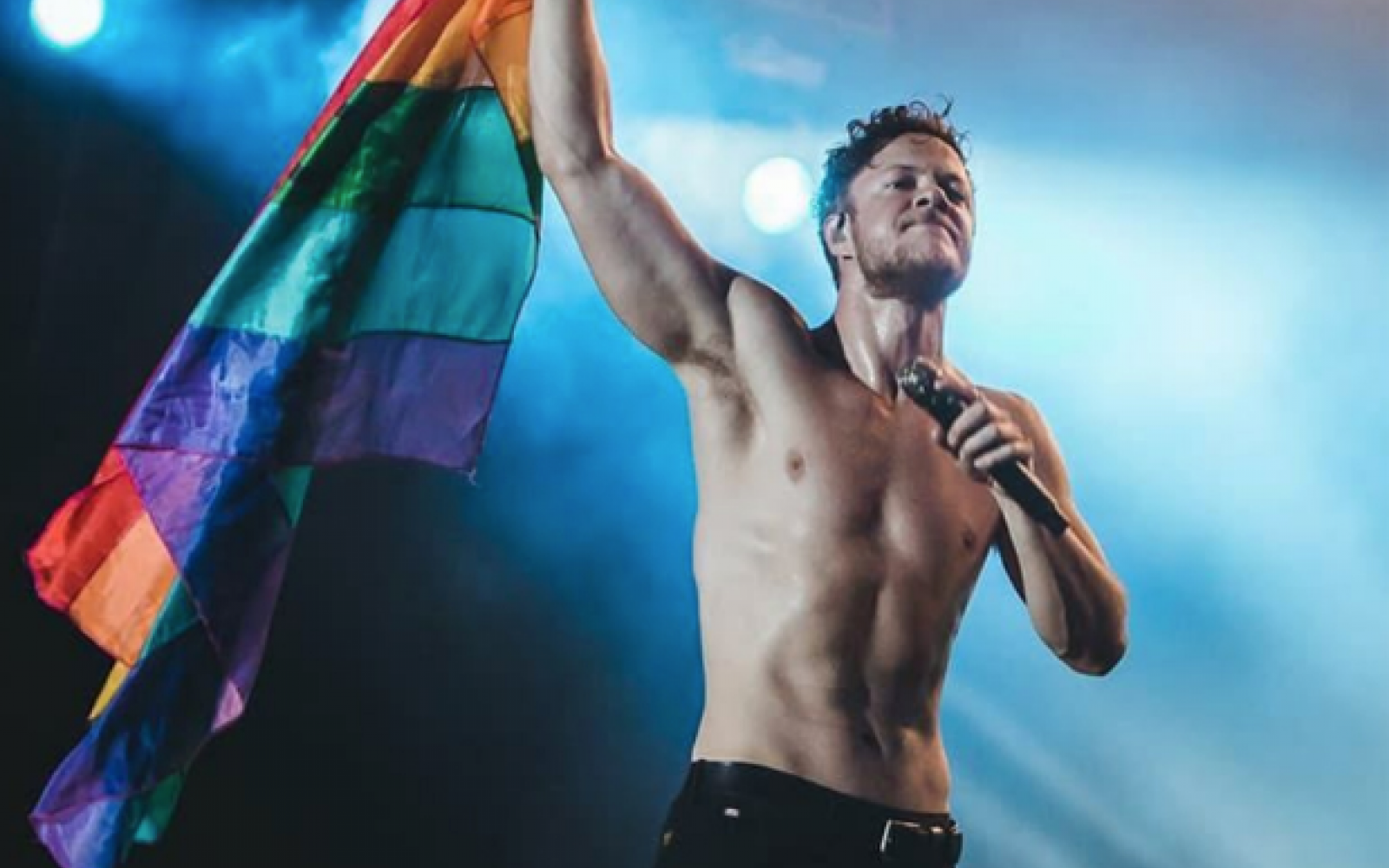 On the track Fall, from the new album Kamikaze, Eminem uses the word ‘f****t’.

Taking to Twitter in a series of tweets sent over a period of four days, Dan said: ‘It’s never ok to say a word that is filled with hate. I don’t care what year you were born in or what meaning it has to you. if it contributes to hate and bigotry then it is hateful. period. there is never an ok time to say the word fa**ot I don’t care who you are.’

He furthermore added: ‘It’s disgusting to be told this is being “overly sensitive” or “millennial”. LGBTQ kids are TAKING THEIR LIVES after being bullied with homophobic slurs. it’s not “sensitive” to take a stand against a word that has been used to spread hate for years.

‘I’ve lived enough of my life remaining silent on these issues because of fear or lack of education.

‘I don’t live in fear anymore I still have lots to learn. But no. I will not be a silent voice with this platform I have been given.’

On the track in question, Eminem calls out Tyler, the Creator, rapping: ‘Tyler create nothin’, I see why you called yourself a f****t, bitch.’

Returning to the subject of Eminem’s track today, he said: ‘2 things to say 1. in trying to be an ally it it’s v easy for a straight white “famous” man to be lauded as a hero for simply saying a few words and organizing an event. I have done v little and am no hero. I’m not seeking to be one. I want change. Period.’

While never addressing Eminem by name, he furthermore made his most direct reference to the star by saying: ‘2. I don’t speak for the LGBTQ community. If they want 2 reclaim the word for themselves that is their decision & their’s only. I was only speaking to someone of great influence thinking it’s ok for him to say it time after time for years. It’s not and with that I’m done on this.’

The Radioactive singer’s band played a gig in Russia over the weekend, which the star also touched on via Twitter. ‘At our show in Russia hundreds of fans held up rainbow flags during a specific moment in the concert to the 57k in attendance. It was SO powerful. In Russia. This is change. To all of the brave people who held those flags high w tears in ur eyes.’

It is not the first time Dan has spoken publicly about LGBTI issues.

The father-of-three, who recently announced his divorce from wife Aja Volkman, was widely-praised for a passionate speech he gave for LGBTI youth at a concert earlier this year.

Bon Iver’s Justin Vernon, who appears on the track, has also addressed it on Twitter.

He said: ‘Was not in the studio for the Eminem track… came from a session with BJ Burton and Mike Will. Not a fan of the message, it’s tired. Asked them to change the track, wouldn’t do it.

He also added: ‘Eminem is one of the best rappers of all time , there is no doubt. I have and will respect that. Tho, this is not the time to criticize Youth, it’s the time to listen. To act. It is certainly not the time for slurs. Wish they would have listened when we asked them to change it. I was wrong and we are gonna kill this track.’