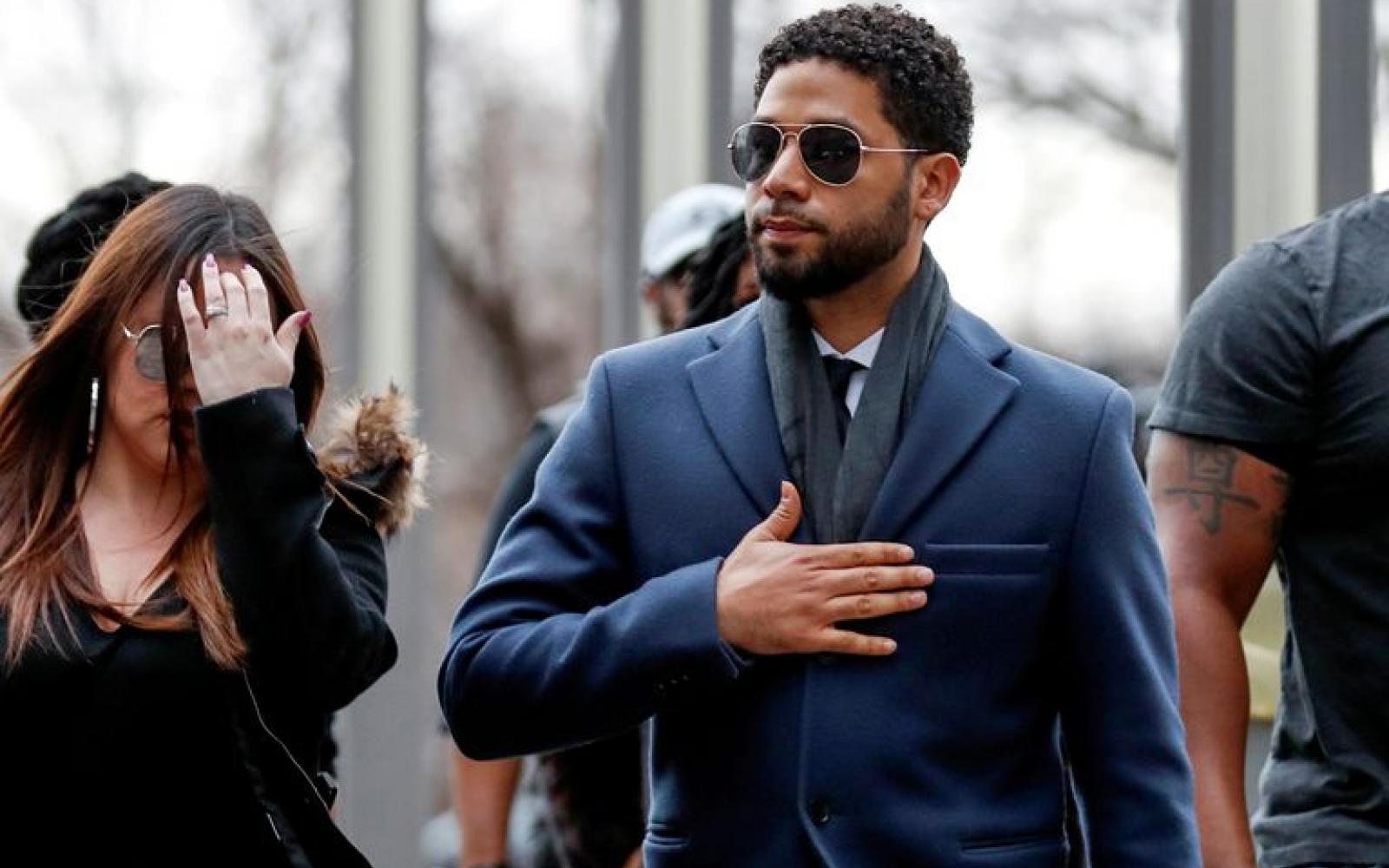 Jussie Smollett is accusing Chicago police of malicious prosecution, claiming he was the victim of "mass public ridicule and harm" after he was charged with orchestrating a fake hate crime against himself, CBS Chicago reported.

Smollett's claims come in a countersuit against the city, which is suing the actor to recover more than $130,000 that police say they spent on their investigation of Smollett's claim that he was a victim of a racist and homophobic attack in January. The counterclaim argues that the city cannot seek reimbursement from Smollett because it already accepted the $10,000 bail he surrendered when prosecutors dropped 16 felony charges against him.

In January, the 37-year-old actor said he was beaten by two masked men who poured bleach on him, and hung a noose around his neck, while shouting homophobic and racist slurs, and told him "this is MAGA country."

Chicago police have said, however, that Smollett paid two brothers — Abel and Ola Osundairo — to stage the attack because he was upset with his salary on the Fox show "Empire."

Smollett was indicted on 16 counts of disorderly conduct in March, but weeks later, Cook County prosecutors dismissed the case without a plea after Smollett agreed to surrender his $10,000 bail and perform 16 hours of community service.

In his counterclaim against the city, Smollett's attorneys argue that the Osundairo brothers lied to police about the attack being a hoax, and said their testimony against him was inherently unreliable because they were only trying to avoid being charged themselves.

Smollett's attorneys said it wasn't until the Osundairo brothers had been in custody for 47 hours that they claimed Smollett was behind the attack after they earlier told police they had nothing to do with it.

"Other than the Osundairo Brothers' self-serving and fabricated statements, which contradicted their earlier statements and resulted in their release from custody with no criminal charges being filed against them, not a single piece of credible evidence independently corroborated their claim that the attack was a hoax," Smollett's attorneys wrote.

"The CPD's prosecution of Mr. Smollett based on the Osundairo brothers' false statements about the attack has caused Mr. Smollett to be the subject of mass public ridicule and harm to him personally," Smollett's attorneys wrote.

In June, Chicago Police released hours of surveillance video and documents in the investigation. It included everything from body camera video showing a rope wrapped around Smollett's neck the night of the reported attack, to the brothers who say they were paid to carry out the attack caught on security camera buying supplies for the alleged hoax.