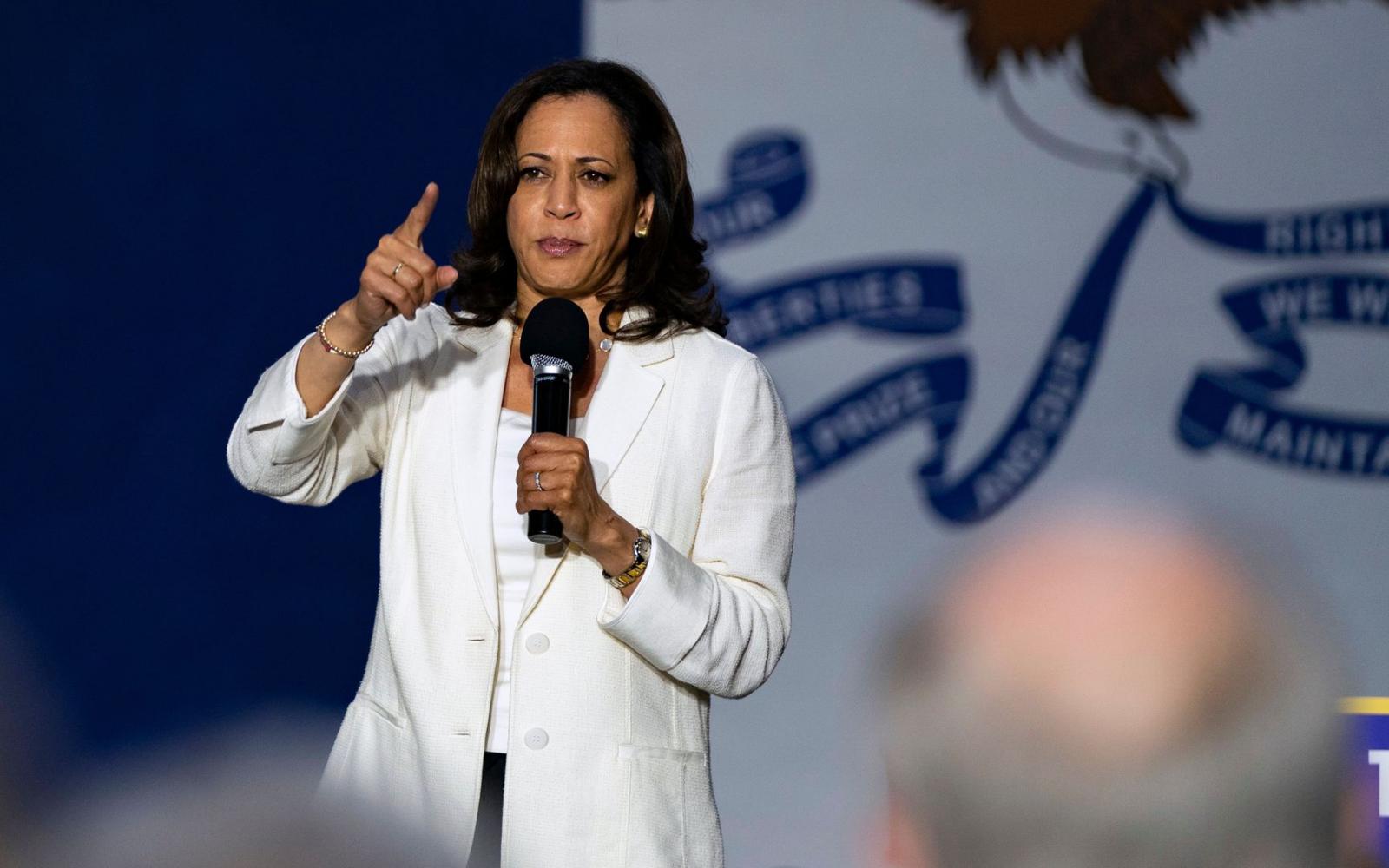 Responding to comments made by a House Democratic leader about Pete Buttigieg's favorability in South Carolina, Sen. Kamala Harris on Monday dismissed the suggestion that African Americans are more wary than other demographic groups of a gay candidate.

The California senator — one of the few black candidates running for president — called the narrative "a trope" that was “just nonsense,” and said that the trope has developed “among some Democrats” to suggest African Americans are homophobic and transphobic.

“To label one community in particular as being burdened by this bias as compared to others is misinformed, it’s misdirected and it’s just simply wrong,” Harris said on CNN Monday night.

On Sunday, South Carolina Rep. Jim Clyburn told CNN that there was “no question” Buttigieg’s sexuality could hurt his popularity among older black voters, calling it a “generational” issue.

"I know of a lot of people my age that feel that way," Clyburn said. "I'm not going to sit here and tell you otherwise. I think everybody knows that's an issue."

Still, Harris on Monday said she wasn’t targeting Clyburn, “who I respect a lot.” Bias, she said, exists in all communities.

Buttigieg has struggled to win over black voters, especially as he tries to compete with former Vice President Joe Biden for the moderate lane and gain momentum in South Carolina .

The South Bend, Ind., mayor recently improved his standing among Iowa voters: a New York Times/Siena College poll had Buttigieg third, behind Sen. Elizabeth Warren and Biden. However, a recent Monmouth University poll had him ranked sixth in South Carolina with only 3 percent support. It’s a state where the black electorate makes up more than 60 percent of the Democratic vote.

“To be clear: our campaign doesn’t buy into the homophobia narrative floating out there. AT ALL. It’s come from the media (and other voices),” Smith tweeted.

She added that the biggest barrier to black support for Buttigieg was the fact that he is a “new face to Black America,” and a large chunk of the leaked memo was devoted to “how little voters know about him.”

“Anyone who says we were blaming Black homophobia didn't read it or is cherry picking points for their own arguments sake,” Smith tweeted.