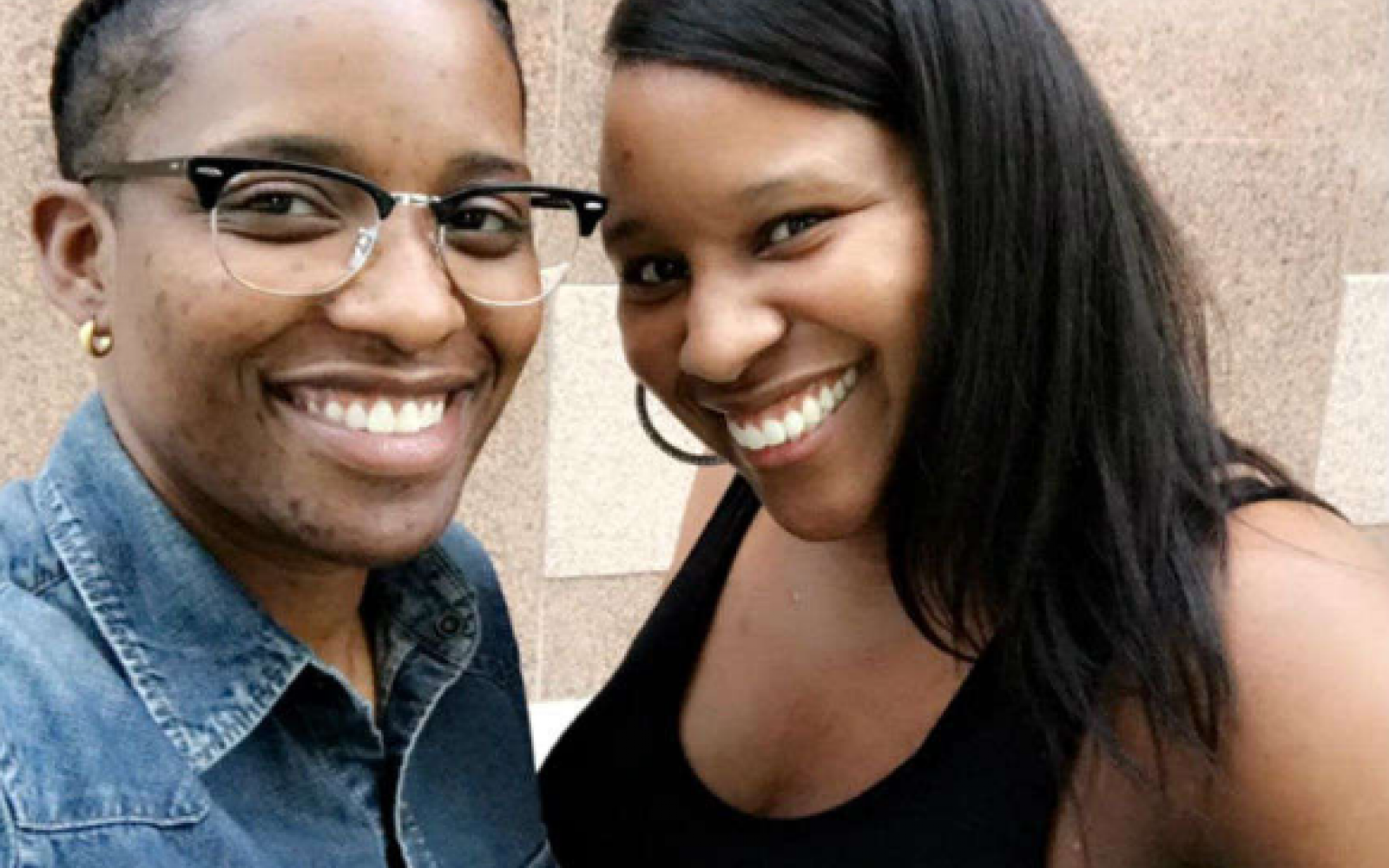 A lesbian couple from Missouri has been denied service by a New York-based wedding dress designer as same-sex marriage is against her religion, it has been claimed.

Tiffany Allen and Angel Lane, of St Louis, said they reached out to D. Auxilly to enquire about a $1,500 jumpsuit, which they hoped Lane would wear for their upcoming wedding in October.

The couple described their shock after a follow-up email from owner Dominique Galbraith revealed she would not be able to make the garnet for religious reasons, while encouraging them both to reconsider their relationship.

"I wouldn't be able to make a piece for a same-sex wedding. It goes against my faith in Christ," Galbraith wrote.

"I believe Jesus died for our sins so that we would live for him according to His Holy Word. I know you both love each other and that this feels right but I encourage you both to reconsider and see what the Lord has to say and the wonderful things He has in store for you both if you trust and obey Him."

"I'm available to talk and share more about Jesus if you'd like. Feel free to call me," she added.

Screenshots of the email exchange were posted onto Facebook by Lane. As noted by Lane while explaining the incident: "Several of Dominique's clients appear to have their children in their wedding...I assume she didn't give them a speech about being a virgin and having children prior to marriage because she clearly designed and created the apparel they sought for their big day."

Speaking to the British newspaper Metro, Allen added: "I hurt because I didn't feel good enough. A person who truly has that heart will tell you that God doesn't make any mistakes. I'm not a mistake. My fiancee is not a mistake."

The couple are considering filing a discrimination lawsuit against the company. While Missouri state laws do not prohibit businesses from discriminating people based on sexual orientation, they do exist in New York—where D. Auxilly is based.

D. Auxilly did not immediately return a request for comment.

In a landmark decision, the Supreme Court ruled in 2018 that a Colorado baker had the constitutional right to not sell a wedding cake to a gay couple in 2012. 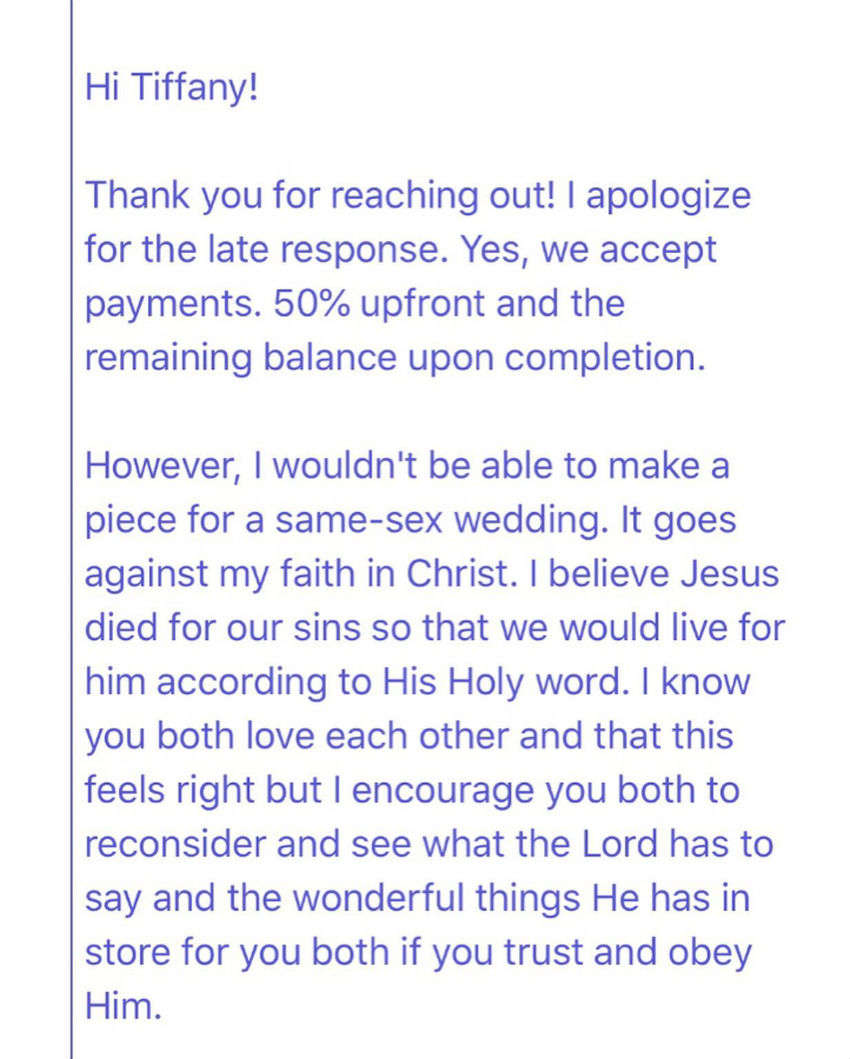