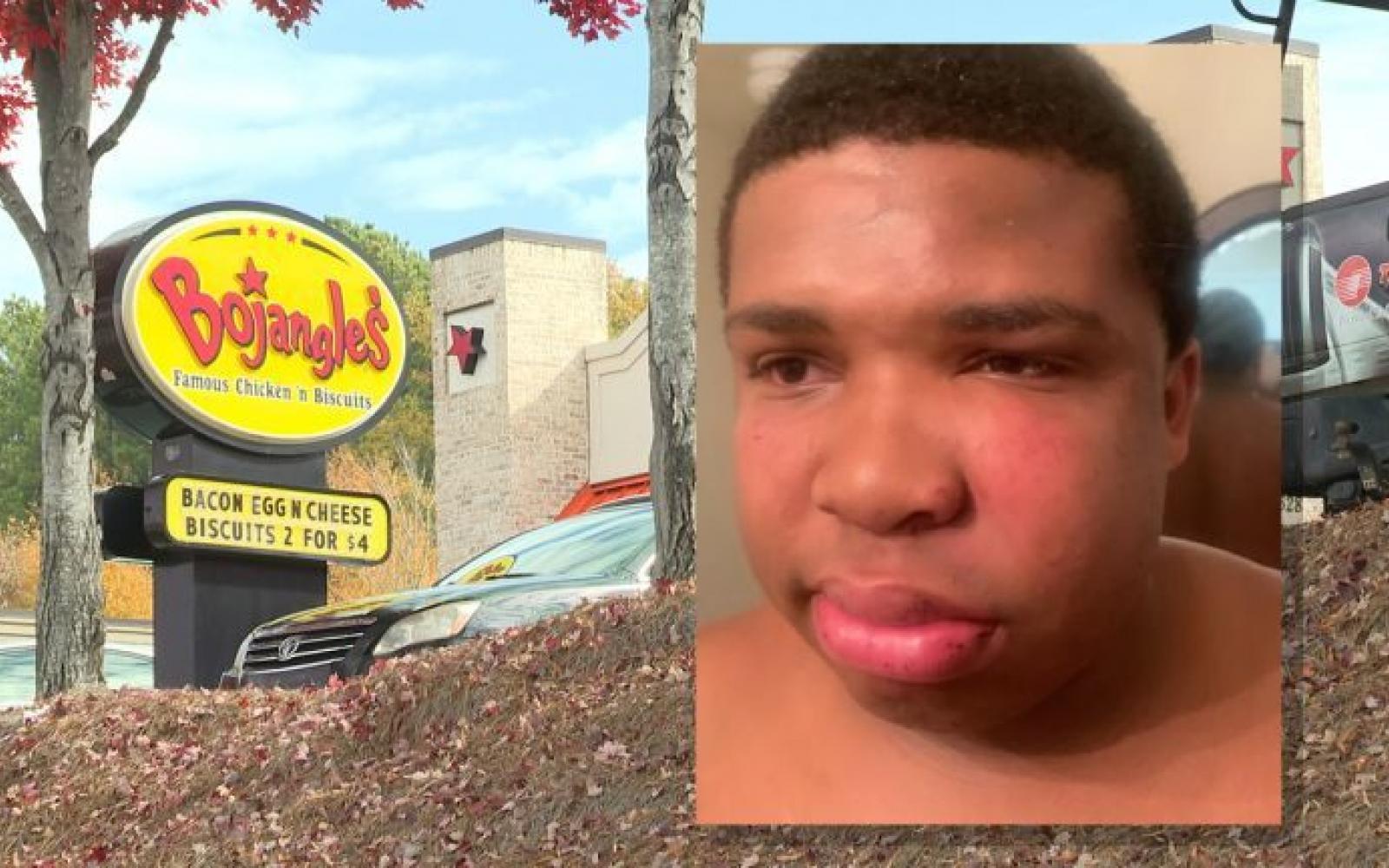 Anthony Jermaine "AJ" Mitchell, 19, went to the Bojangles on Fulton Industrial Boulevard last Saturday and died just hours after a confrontation with restaurant employees and police.

According to a Fulton County Police Department report, officers responded to a call about an irate customer at the restaurant just after 9:30 p.m.  When police arrived, they said Mitchell was sitting in front of the restaurant's door spitting blood from his mouth.  The report said Mitchell struggled with the officers before they finally put him in handcuffs.

The restaurant's manager told police that Mitchell ordered food and his card was declined, but the employees gave him food anyway.  He told Mitchell to leave when he asked for more food and he allegedly jumped over the counter.  The manager, the report states, "tried to defend himself against Mitchell."

Police investigate the death of teen at a fast-food restaurant

Police called Mitchell's mother, Shanita Swanson, and she came to the restaurant to pick him up.  In the police report, officers claim Swanson declined medical attention for AJ at the scene, but she disputes that account.

When they got home, Swanson said she photographed her son's injuries and a short time later, he started crying.

"I walked in his room and he was on his side and when I rolled him over, his whole body was just like, pale and I shook him," Swanson recalled.  "I was like, 'AJ do you need to go to the hospital?' By this time both of his eyes were swollen shut and when I asked him did he need to go to the hospital, his eyes kind of rolled behind his head and he just kind of like passed out right there."

Swanson, who is an EMT, yelled for someone to call 911 and started CPR, but she said AJ never recovered.

Now, Mitchell's family has retained attorney Michael Harper to figure out what happened that night.

"I want to make it very clear right now our position at this point is just to get answers," said Harper.  "We just want to know what happened to AJ that lead to his death."

AJ had Autism and Harper said he has concerns about both the police and EMS response.

Bojangles did not respond to a request for comment.