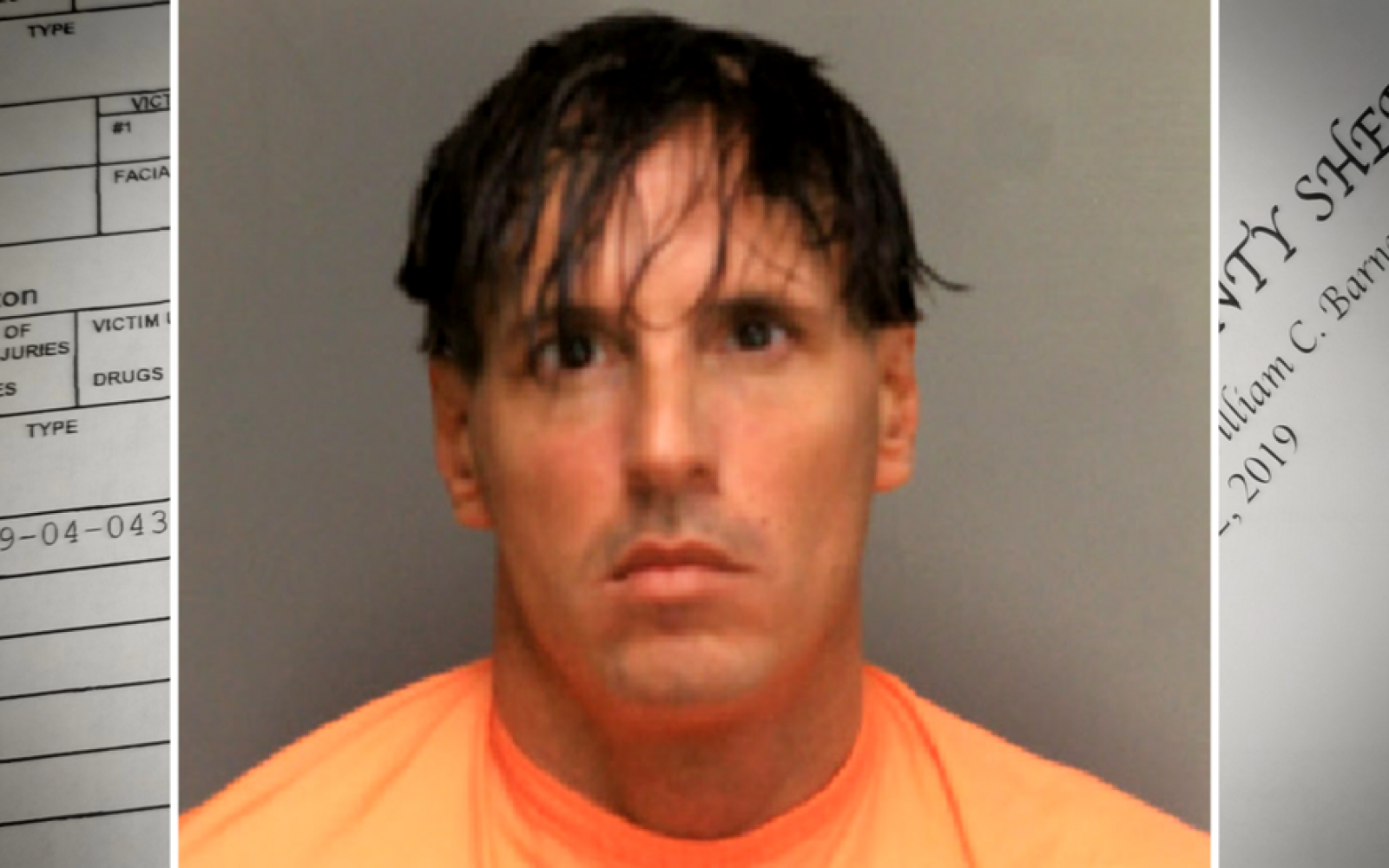 Newly released arrest warrants are shedding light on a man charged in connection to a Florence County human trafficking case.

Between Sept. 27, 2017, and Dec. 13, 2017, Pope forced a 16-year-old to engage in commercial sex acts, according to arrest warrants. Authorities say Pope threatened the victim, identified as J.H., to perform further sexual acts for money and other things of value.

According to arrest warrants, between July 1, 2018, and Sept. 1, 2019, Pope sexually assaulted a 16-year-old, identified as A.B. Pope is accused of paying the victim for sex acts.

According to arrest warrants, between July 1, 2019, and July 30, 2019, authorities learned through social media that Pope solicited a 17-year-old, identified as T.C., for commercial sex acts, and the victim received money and other things of value from Pope.

While not identifying a victim, investigators allege Pope held a minor in a home against her will and sexually assaulted her during that same period.

An incident report from the Florence County Sheriff’s Office states that in December 2011, deputies responded to a local hospital for a sexual misconduct call.

A 13-year-old girl told deputies that she had sex with Pope and later found out he had AIDS, the report states. The child’s friend introduced her to Pope, who allegedly gave the minor marijuana and alcohol, deputies said.

According to the report, Pope took a second victim to his home on Lakeview Drive and had sex with her as well. At the time, police said the minors identified Pope’s home and his license plate number. The second victim said she was sexually assaulted on Thanksgiving, and she too became concerned that she contracted AIDS, the report states.

One neighbor, who didn’t want to be identified, told WMBF News he suspected something was up a long time ago.

“Seeing who he had next door, these young girls they looked like there were very young, underage maybe, and they stayed over there some and then they’d disappear," he said.

Additionally court documents show Pope was charged with two counts of contributing to the delinquency of a minor in 2018, however he pleaded guilty to a lesser charge of two counts of cruelty to children.

According to Jason Pope’s himself, he deliberately targeted black women and girls specifically, screenshots of text messages (seen below) corroborate

On Monday, the South Carolina Law Enforcement Division said authorities believe additional potential victims or individuals who may be aware of more crimes associated with Pope’s case may still be out there.

Pope remains behind bars at the Florence County Detention Center. Bond has been denied on all of his charges. 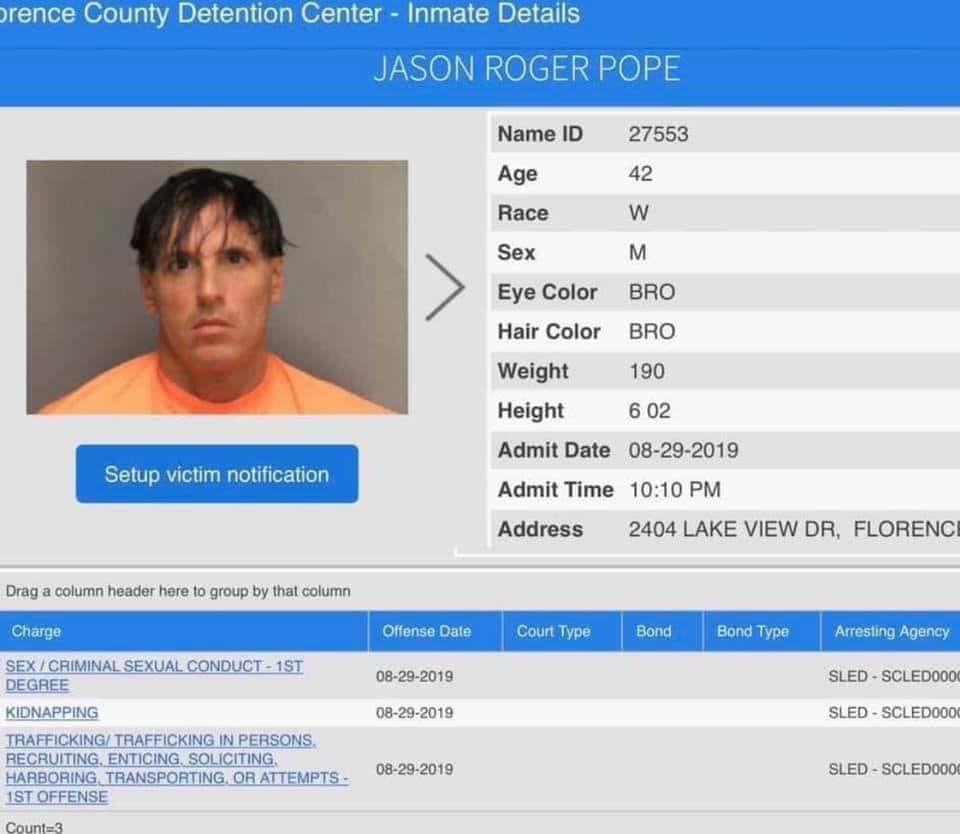 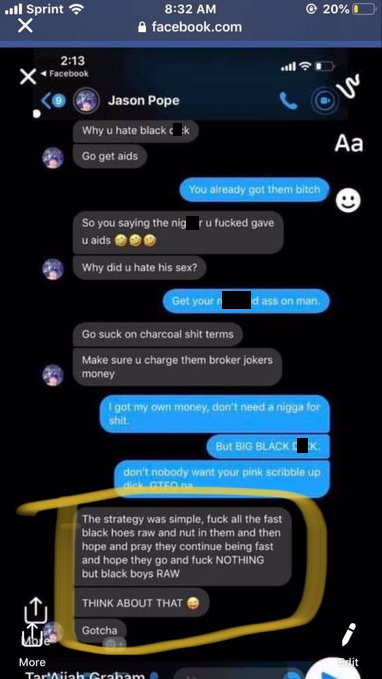 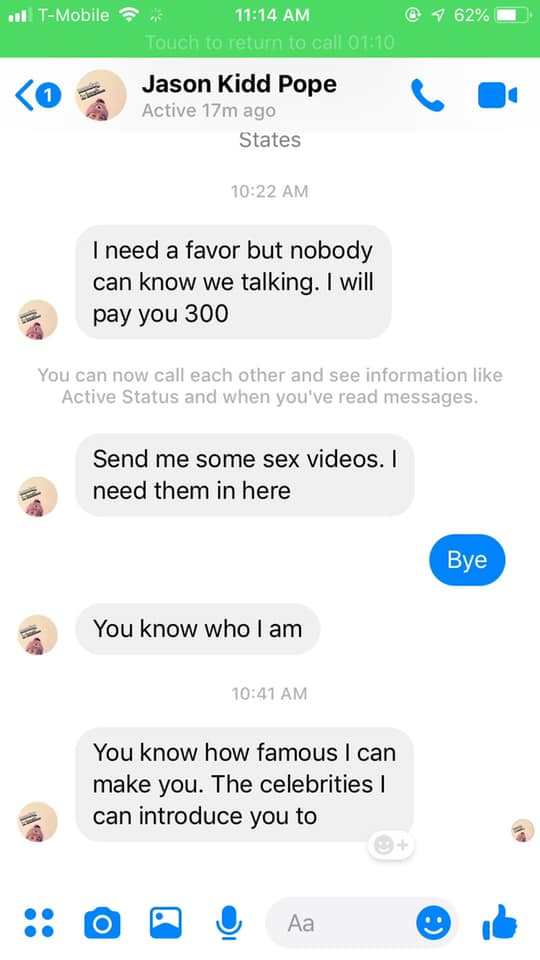