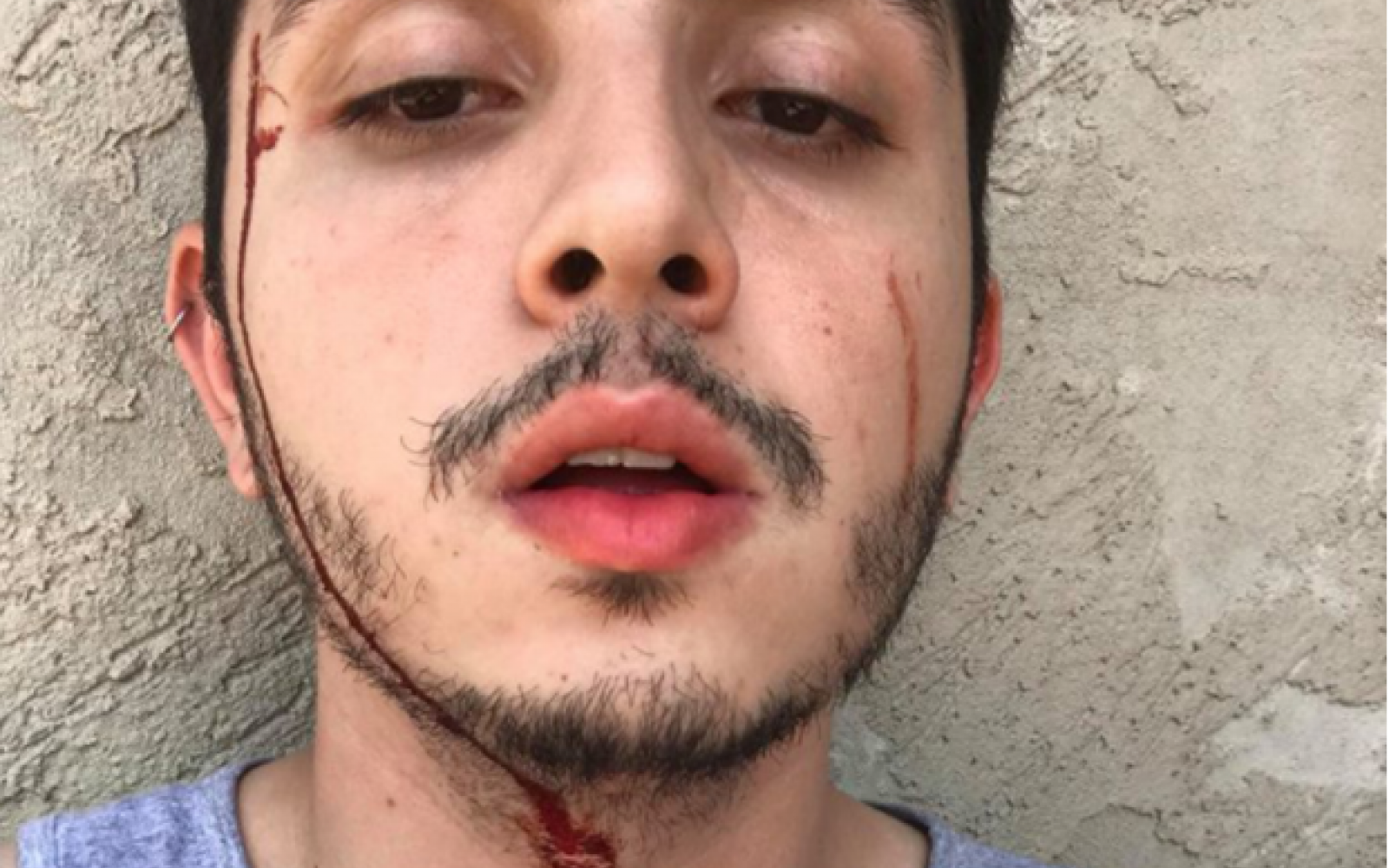 A young man has posted an emotional Facebook post after allegedly being attacked by his sister for being gay.

Diogo Camargo, 22, from Brazil, took a shocking selfie of his head bleeding profusely and posted it on social media.

He said he was attacked by his sister and brother-in-law.

‘Do you also have an abusive and homophobic sister?’ he wrote. ‘I hope not.

Camargo wrote his relationship, which he had been in for at least a year, had broken down.

So he decided to go back to his family home in São Paulo, and stay there for a couple of weeks to recuperate.

‘I thought it would be good to have them around to distract me,’ he said.

His sister and brother-in-law, who just got married, does not live there. But she decided to visit for a family lunch.

While he did not go into what started the argument, he said they both hit him verbally and physically.

‘According to them and the doctrine of his church, I deserved to be dead now for being gay,’ Camargo said.

‘The words I heard hurt a lot more than the bruises I won.’

The 22-year-old popular Instagram user said there were plans for him to be best man at her sister’s wedding.

‘All my life my sister told me I would be best man at the wedding, but since I’m gay she changed her mind and gave me a hard time,’ he said.

Man tells sister: ‘Even if I bleed, I will fight to the end.’

Concluding his post, Camargo sarcastically said; ‘Congratulations, for sure you have become good people and have gained a special place in heaven.’

And then triumphantly, he added: ‘Homophobes will not pass, even if I bleed, I will fight to the end.’

At least 445 LGBT Brazilians died as victims of homophobia in 2017 – a 30% increase from 2016, according to LGBT watchdog group Grupo Gay de Bahia.

The victims were separated into 387 murders and 58 suicides.

It ranks consistently as the most violent and dangerous country in the world to be transgender.

Homophobic speech is not a federal crime in Brazil, while similar state and municipal laws are rarely effective or enforced.