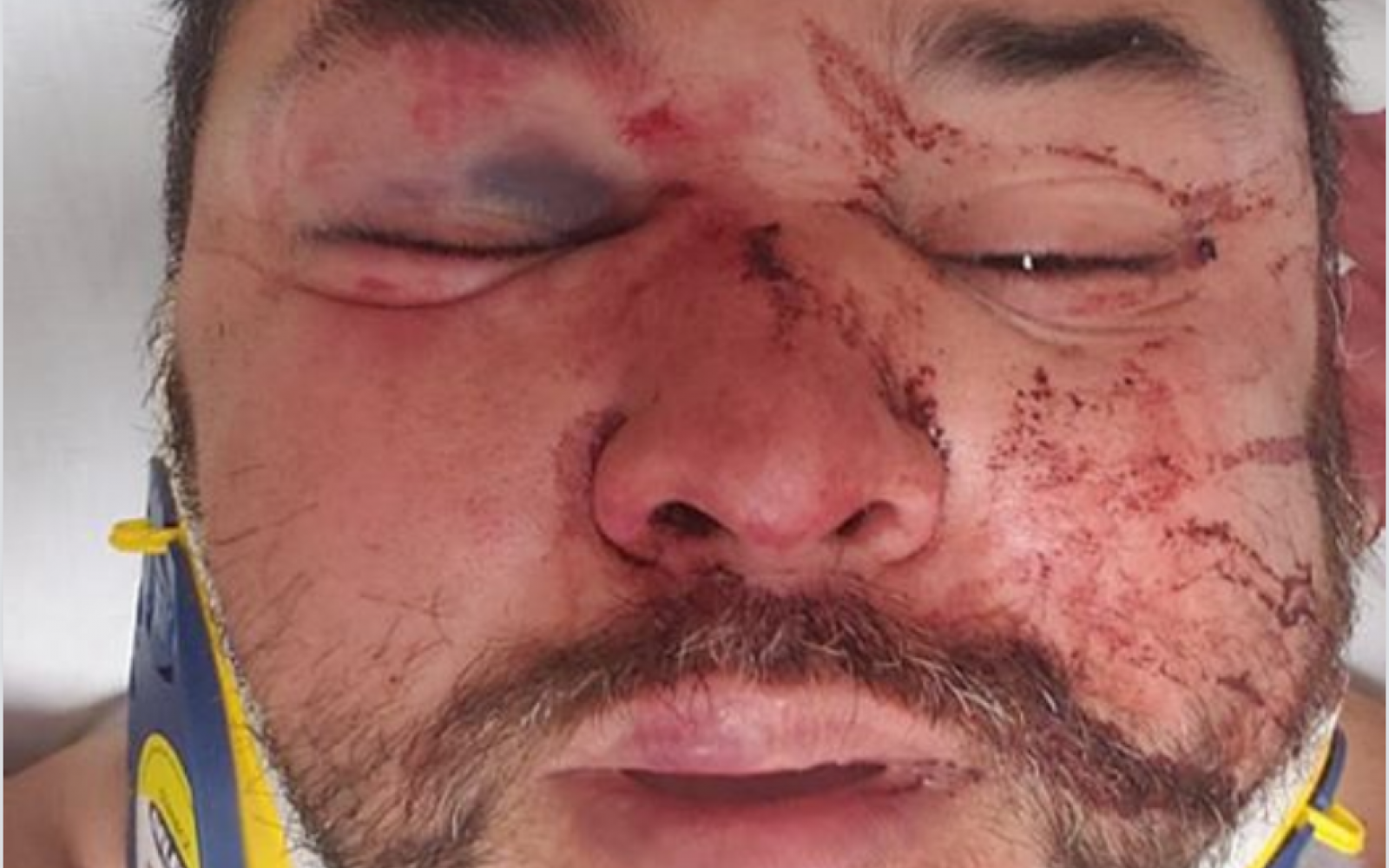 A gay man living in Pheonix, Arizona says he was the victim of a gay bashing this weekend. Police are reportedly investigating. The victim Cesar Marin says they have arrested one suspect

“I was attacked by a mob of 10 people [early Saturday morning]. It all started with 1 girl flicking her cigarette in my car and calling me a faggot. Before I knew it, I was surrounded in a hail of punches. One guy kicked me in the face when I fell down. The police are investigating and they have the cigarette the girl flicked into my car. I have a broken nose and a swollen face and bruised body. Im home resting. Thanks for all your love!”

Marin reportedly had his nose broken in two places after a man kicked him in the face. Although Marin still has bruising and pain, he’s confident he’ll make a full recovery.

Check out his post below and remember to be careful out their people!