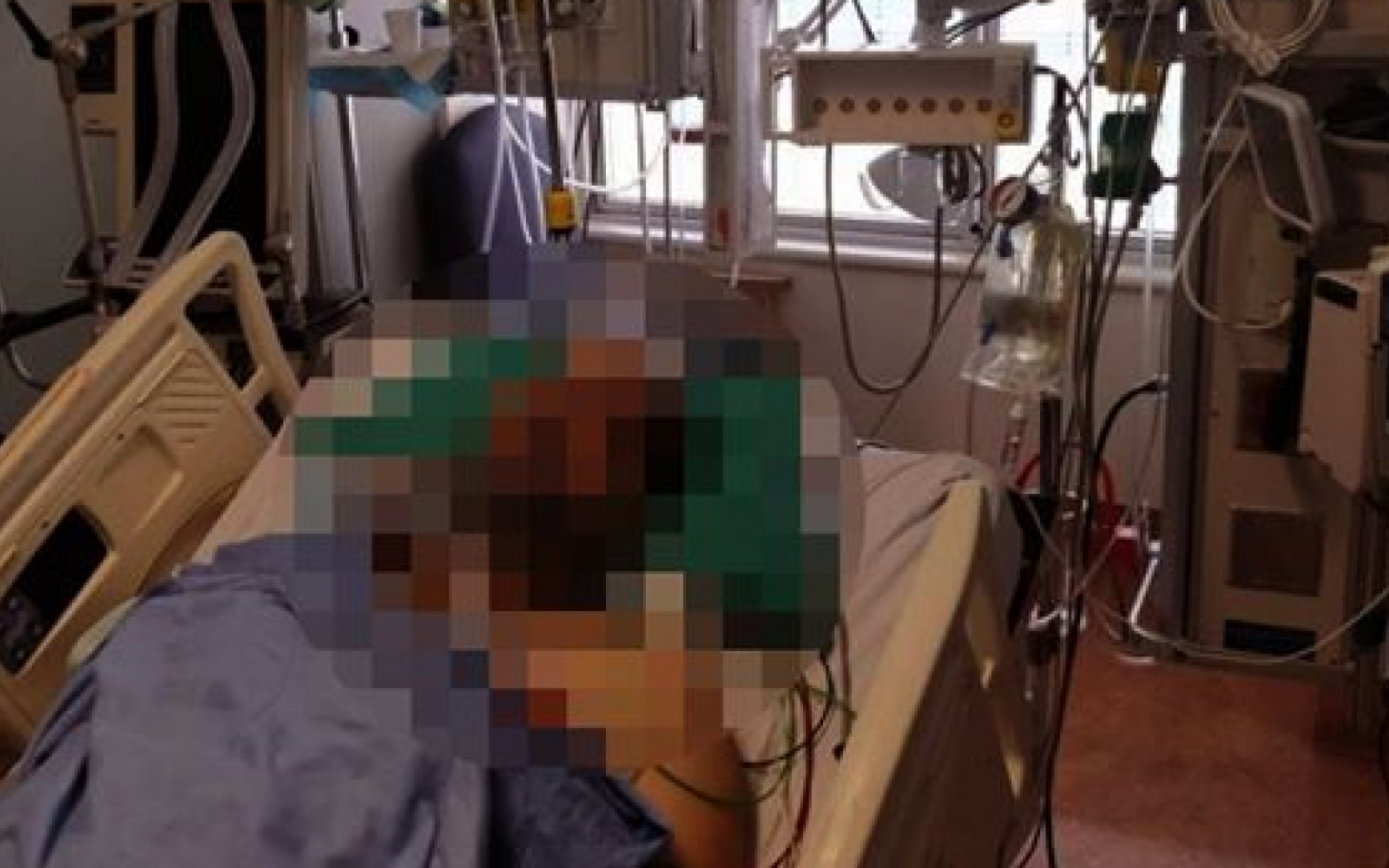 In a facebook post one man writes he took his father off life support after suffering years of homophobic abuse from his father despite his family's objections.  In the post he writes:

My entire family is mad I didn't keep my dad on life support, but I don't feel bad at all about it. From the time I was 8 to the time when his health began to fail, he abused me physically and emotionally for being gay. He kicked me out at 15 after I kept running away to escape his daily abuse. He had the opportunity to SUPPORT ME in LIFE and didn't. So when I was given the chance to keep him alive I didn't. I don't care who in the family don't like this, you all let him treat me horribly and turned the other way. 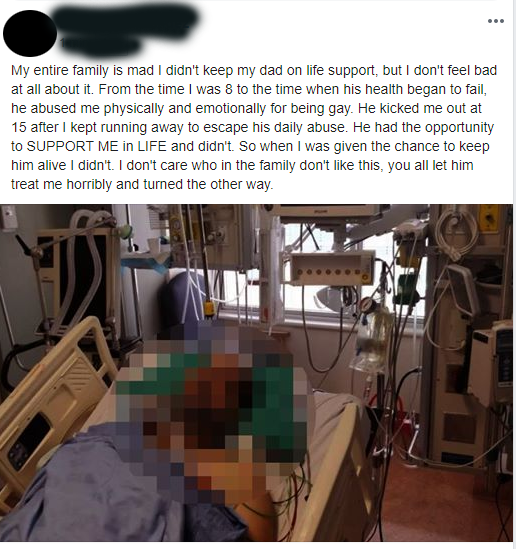